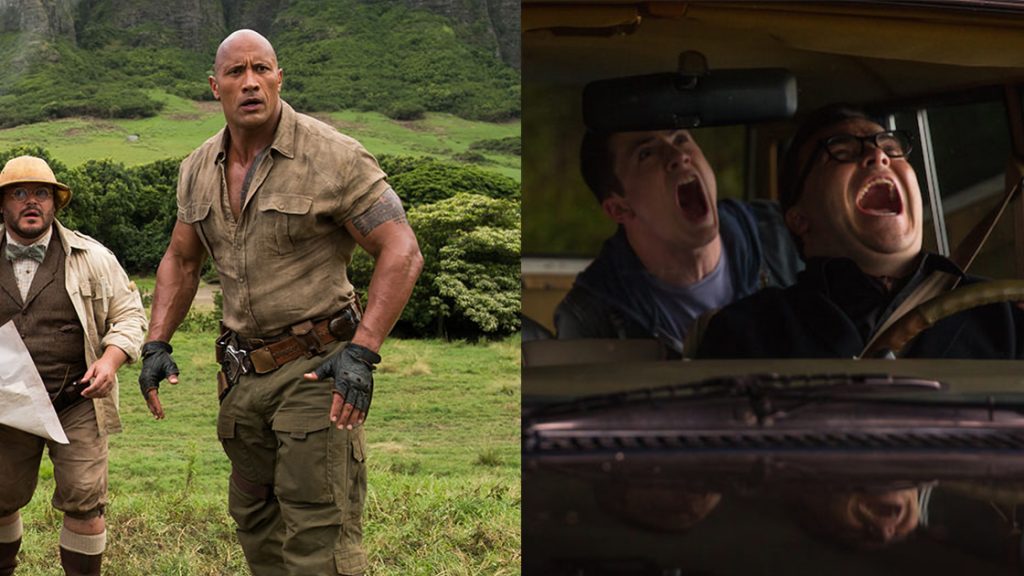 Dwayne Johnson has had a big week. The Rock welcomed a third daughter, a steamy new Skyscraper poster dropped, and now big news out of Cinemacon. Dr. Smolder Bravestone is headed back to the jungle for Jumanji 2 next holiday season.

Sony Pictures Chairman Tom Rothman officially announced last night at Cinemacon that the Jumanji sequel will drop Christmas of 2019. Welcome to the Jungle found huge success with a December 20 release date last year. The reboot based on the 1995 classic banked on families visiting the theater during the holidays and ultimately scored $956 million worldwide. The 2019 slot will face some stiff competition with Star Wars: Episode IX and the big screen adaptation of the musical Wicked. But what is Christmas break for if not going to see a movie every day?

Johnson has been confirmed to return in his role as the strong and charming lead avatar of the Jumanji video game. Co-stars Kevin Hart, Jack Black, and Karen Gillan have not yet officially signed on, but we have our fingers crossed. They were a dynamic team that we’d like to see reunited on screen.

Jack Black does have project news of his own, however. Sony Pictures announced at Cinemacon that the Goosebumps sequel will officially be titled Goosebumps: Haunted Halloween. Black originated the role of famed children’s author, R.L. Stine in the 2015 film. He also provided the voice of Slappy, the wooden dummy. News from Cinemacon indicates that Black will revive the voice role, but it has not yet been confirmed if the Stine character will return.

Goosebumps: Haunted Halloween will arrive in theaters just in time for the holiday, October 12.