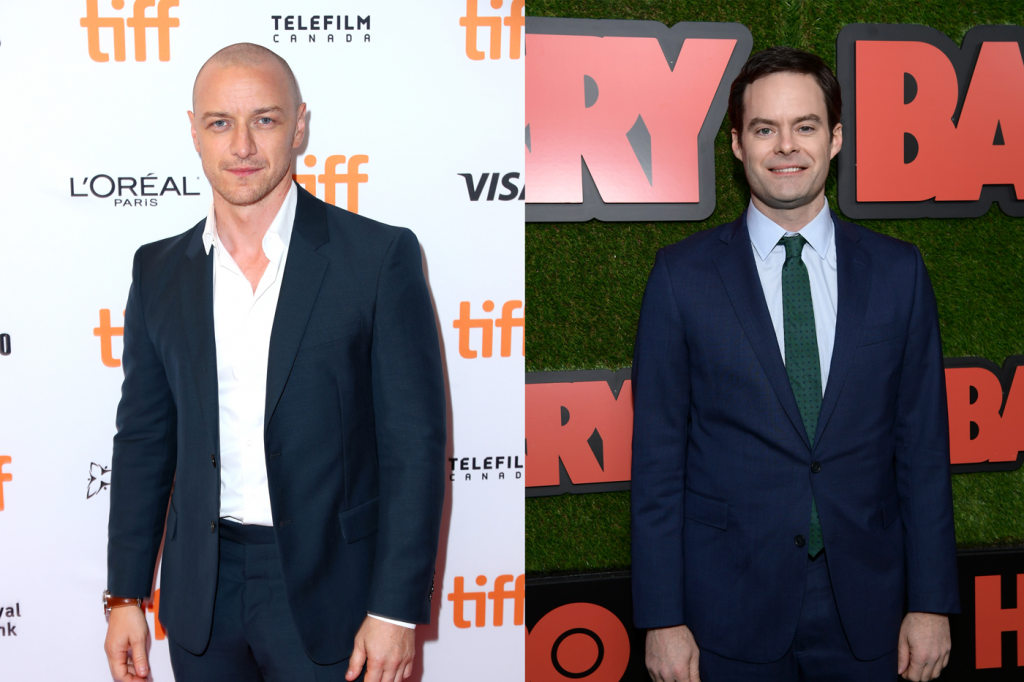 Our It: Chapter Two Fantasy Cast is Actually Becoming a Reality

This is the stuff that dreams are made of – provided you dream about incredibly talented actors portraying the adult version of kids stalked by a killer clown. THR reports that James McAvoy and Bill Hader are in talks to join the adult cast of It: Chapter Two.

McAvoy has reportedly risen to the top of the short list to play Losers Club leader, Bill Denbrough. McAvoy is extremely dynamic having played the tragic Robbie Turner in Atonement and the 23 personalities of Kevin in Split. His performances are incredibly captivating and nuanced. Although Pennywise makes our blood run cold, Bill has other demons he’s facing at the same time. Sounds like a perfect role for McAvoy. He would play the adult counterpart to Jaeden Lieberher’s stunning performance from the first It. For reference, Richard Thomas filled the role in the 1990 TV miniseries adaptation.

Hader is eyeing the role of Richie Tozier and we can scarcely think of a better fit. He’s one of the most brilliant comedians on the planet finding endless inventive ways to apply his talent. The SNL alum went on to create Documentary Now! with former castmates Fred Armisen and Seth Meyers and his new show, Barry, just began on HBO and is a must see among the new TV this season. He’s a natural fit to mirror Stranger Things star, Finn Wolfhard’s performance. Harry Anderson played the role in the 1990 version.

Both of these choices would be a huge win for the already top-notch production. Andy Muschetti fully delivered on the first installment with an incredible young cast. Those actors are expected to return for flashback sequences along with the sinister Pennywise, played spectacularly by Bill Skarsgård. Our dreams also came true in February when Jessica Chastain signed on to play the adult Beverly Marsh, reuniting with director Muschetti for the first time since Mama.

Pennywise comes back for the Losers September 6, 2019.