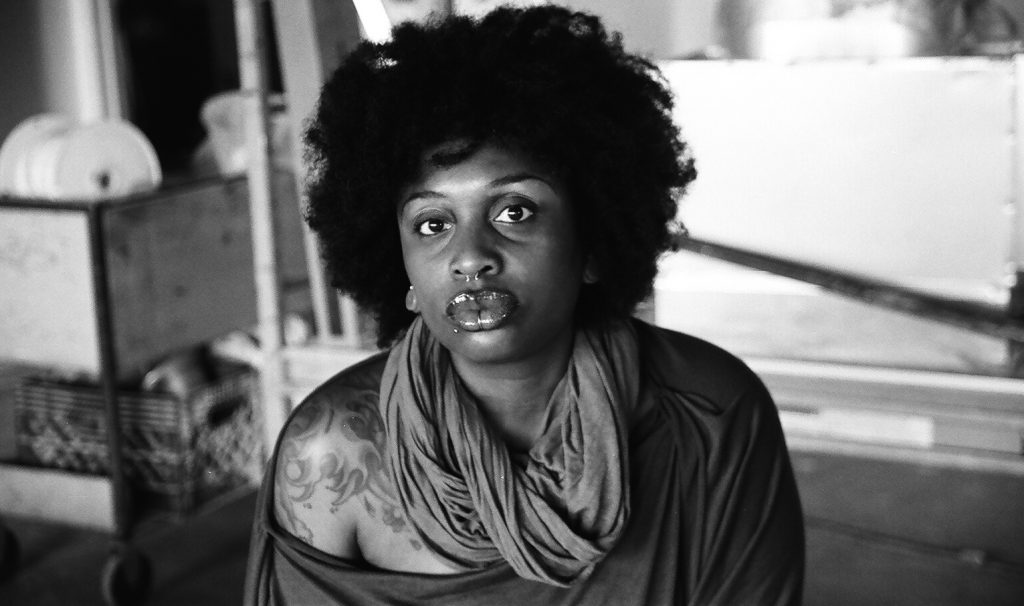 At less than 2% of all composers, the percentage of female scoring artists working in the film industry is the lowest and most out of balance with the number of men getting hired. There isn’t any official data on how many of those are women of color, but it’s an even smaller fraction. With her critically acclaimed score for Mudbound, and now with her new work for the film Come Sunday, composer Tamar-kali is inching those numbers upward and doing her part to change the Hollywood system, one score at a time.

Come Sunday is a new Netflix release directed by Joshua Marston based on a 2005 NPR story on This American Life about fundamentalist mega-church bishop Carlton Pearson, who is changed after being inspired by messages received in prayer. He is ostracized when he shares his new insights and begins preaching there is no hell. Chiwetel Ejiofor, as Pearson, leads a strong cast, and the actor has gotten universally positive reviews for his portrayal of a man working through his crisis of faith and ultimate transformation of belief.

When Marston was looking for someone to score his project, he had a very clear idea of what he wanted. When he heard the emotionally-charged work for Mudbound, he knew the artist behind it, Tamar-kali, was the composer with whom he wanted to collaborate. We spoke to the musician about her new score, her process, and building her body of work.

I read that there was temporary music used when Come Sunday was at Sundance. Does this mean the release this past Friday would be the first time anyone will hear your score?

Yes, they had a temp score. I believe there was an LA premiere on Monday, so that was the first time my music was heard with the movie.

One thing that I was saying when I was doing the press for Mudbound was I’ve been existing from this mantra of “work is the way,” just really allowing myself to be seen through my work, and to exist inside my work, as in doing the work of being a creative, of being an artist composing, and that’s where I dwell. From that came the opportunity to work with Josh Marston. He had seen Mudbound and had appreciated the score. When I had the chance to sit down with him and talk about possibly working with him on this film, it was from that perspective. It all came from a place of collaborating with another artist. He’s very detail-oriented and is very specific in his artistic approach. He’s really emotionally connected to his work. I felt like I could definitely offer something to the project that fit with his vision of how he wanted to bring it to fruition.

You are part of the all-female classical group Psychochamber Orchestra. Were you able to use them for this score?

No. I live in New York City, where musicians are everywhere and under high demand. Of course there are people I try to play with as much as possible, because we are familiar with each other. In terms of instrumentalists, as a composer, there’s not a set group of people I work with. It’s too hard to manage that, so I worked with different musicians on Come Sunday and Mudbound. This is only my second film score, and I’m really trying to learn the range and diversity of what is at my disposal, and what I can use to define my work and my collaborators.

This is a minimalist quality to your work in the film, although it feels like it’s an expansion on the strings in Mudbound.  It has additional instruments, but it’s still sparse and uses silence.  Since Come Sunday is only your second feature as a scoring artist, would you say the two films show you developing a style for which you’d like to be known?

For me, my compositional style is steeped in what the emotion of the film is, and what’s happening. Of course, so far in the films I’ve worked on, the palette is determined primarily by the director. Josh and I talked about what he wanted this time, and I expanded upon it by adding harp and piano, in addition to strings, and it was a larger ensemble. It was very intimate for Mudbound and that movie’s mood was very different. They are very different films. Having said that, the thread that connects them, as far as I’m concerned as a composer, is that I always want to work inside the emotional space, and my motivation is tied to the internal motivation of the actors, and what’s happening to the characters on the inside. I think that’s always going to be what my works have in common is the emotionality, because different projects call for different styles. Each instrument has a range of emotion that it can bring to a situation, or to story. For me it’s just that I want always to deal with the underpinnings and inner workings of the characters, or their inner lives. I take my cues from the cinematography as well. There was a lot of internal emotional stuff happening in Come Sunday, so that’s where I came from.

It strikes me as if it represents the juxtaposition of his inner emotional struggle with being ostracized by his congregation and the faith of the message he increasingly leans into around inclusion and love.

That’s what you want, I think, as a composer, is that kind of tension and creating connection. No doubt each film will require something new and different, but what happens internally is my wheelhouse. I’m always excited to see what’s next. I just really want to be able to collaborate with different artists and make their vision, and what I can do, work together to find connectivity with the audience.

Come Sunday is available on Netflix.