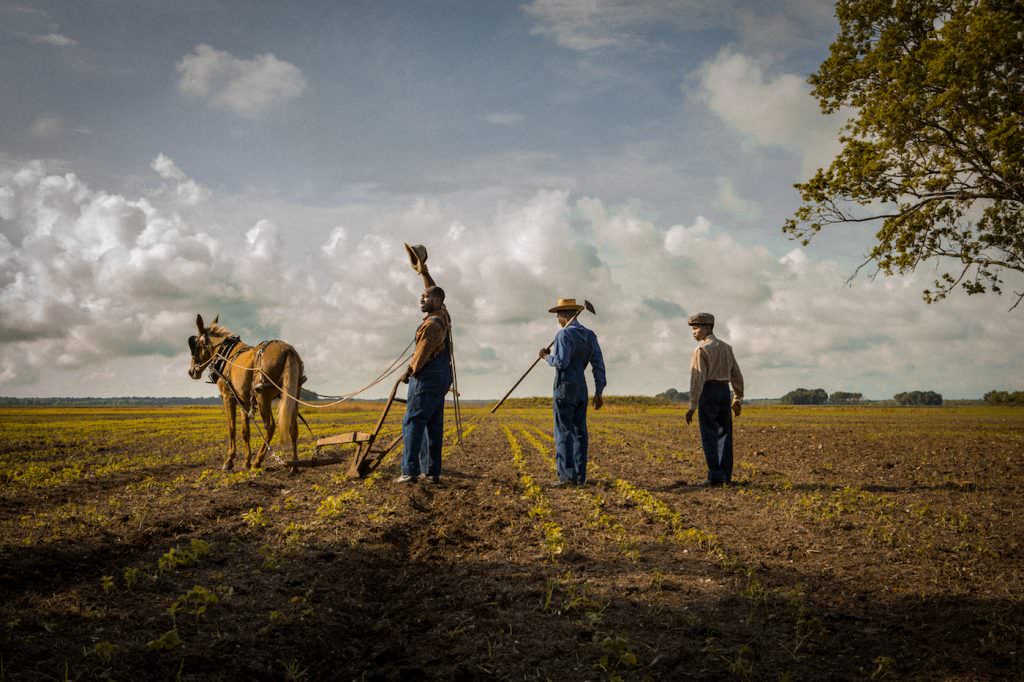 A man’s worth was once tied to his land, and whether they liked it or not, the families who lived and worked on that land were bound to one another. Dee Rees’ Mudbound tells the story of two such families, one black and one white, whose fates are intertwined on a Mississippi farm in the 1940s. With Mudbound, Bessie, and Pariah, Rees has picked away at painful moments in American history and found beautiful, strong, and flawed characters whose stories are often hidden away. Musician Tamar-kali previously collaborated with Rees, appearing in Pariah and performing in Bessie, but the stars finally aligned for her to write the solemn and stirring score to Mudbound. Set to transcendent string orchestration, Tamar-kali’s compositions infuse life into the land and shape the very mud into a character. Mary J. Blige earned a Golden Globe nomination for her performance and the film is drawing major Oscar buzz.

We spoke with Tamar-kali about portraying history truthfully on screen, giving a period film a contemporary sound, the effect music has on storytelling, and more.

You are a string musician and the score of Mudbound has such beautiful passages for strings. How did you decide that was the best sound for this story?

Mudbound is primarily set in the 1940s. Did you approach the score from a period perspective?

In terms of composition, I didn’t come from period at all. It had everything to do with the actual emotions of the characters and the feeling of the film itself. Dee is really great for giving very impressionistic directives. We talked a lot about what it feels like to try and fail. Persistence, recovery from failure and trying again. It was very much a conceptual journey and what might that sound like. As opposed to coming from an idea of period music or genre or cultural music it was really emotionally based. 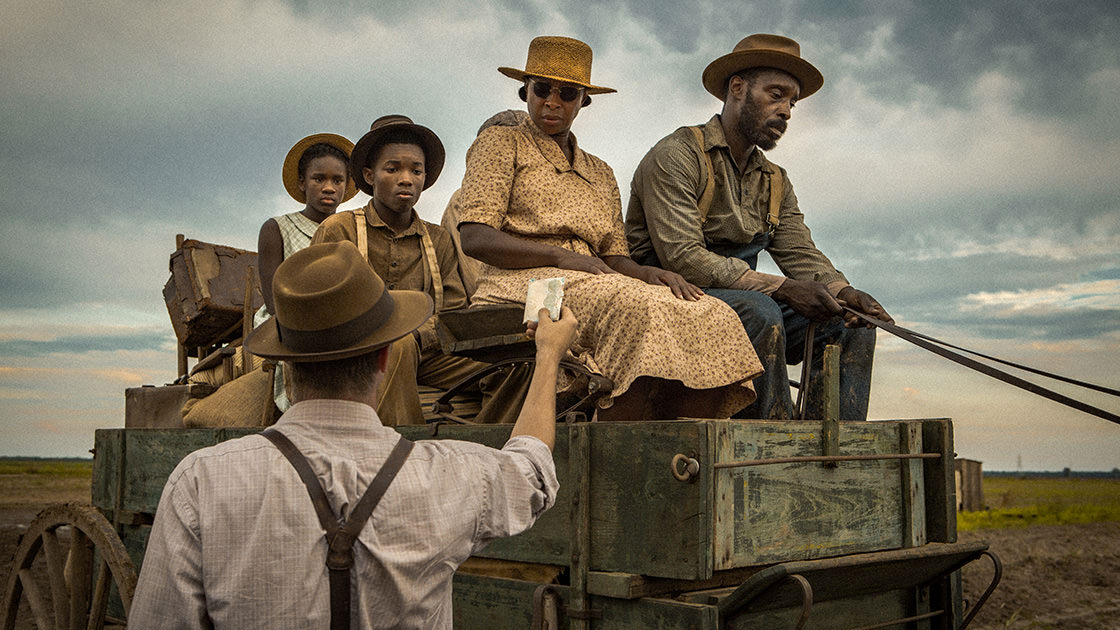 The McAllans and the Jacksons live such different lives, but are ultimately dependent on each other. Did you want to portray them in different ways?

The best example of something like this is Henry’s (Jason Clarke) theme, which is called Land. Henry’s character is very interesting because he has a very subjective view on life. He’s not a seeker. He’s not particularly empathetic and he’s not like his father who is kind of this morally reprehensible character. But he has deep tunnel vision. He’s living this very patriarchal, privileged existence. Of course he loves his wife and he loves his children, but so much of his personality and how he functions in his life, he’s not thinking about others. He’s not thinking about his wife.

When he thinks about his legacy and how he was disinherited and how he’s trying to reshape his destiny based on what he saw as a slight from his father with the land. It’s just his culture and heritage. He’s not thinking about the dehumanization of people factored into building up everything that he has.

How did that translate into the way the music sounded?

You can feel the pride and the wind in the piece, but then there’s this undercurrent that’s meant to represent all the things he’s standing on. The blood and bones. So there he is in this very proud moment of being able to achieve his dreams of being a landowner. At the same time, he’s also inherited the legacy of formerly enslaved Africans still working the same land that they’ll never have a piece of. It doesn’t even occur to him. How within the framework of his pride and his legacy, there’s the pain, the displacement and the oppression of other people. I definitely, in that regard, used both stories. It comes up again when Ronsel (Jason Mitchell) has to give him an apology where you hear that ominous thread that represents the underbelly of everything that he holds dear and who had to sacrifice and suffer to create his life for him that he’s not even aware of or acknowledging.

What was the biggest challenge of writing the score?

The climax of the film was very difficult to write for. I was trying to approach it from ways that just weren’t working because I was trying to have some distance from it. One thing that was unique about this project, oftentimes when we’re dealing with this period in America, the people who are working on a film – from the writers to the actors to the composer – they’re not inheritors of that history. My mother came to New York during the 2nd part of the Great Migration. This story is part of my ethno-cultural background. As it is Dee’s and several people involved in the film. I think because of that, I probably was trying to create a distance in being able to do my job. But this was one part that I had to give that notion up. It just wasn’t coming out right. I didn’t want it to be cliché. I didn’t want it to be manipulative. I wanted it to be earnest. So I realized I couldn’t really think about theoretically composing. I had to just watch the scene over and over and just improvise each time and create layers.

What makes music such a powerful component of film?

My whole thing about music in film is that it’s the vehicle to transport the viewer into the world of the film so that they’re not experiencing it objectively like from a voyeuristic standpoint. Like I am watching this. They are experiencing it from within the world that is created. So the music is kind of supposed to be that hypnotic element that moves you through and into that world so that you’re having this holistic experience. It doesn’t feel apart and you don’t feel apart. It allows you to suspend your belief and become one with the story. 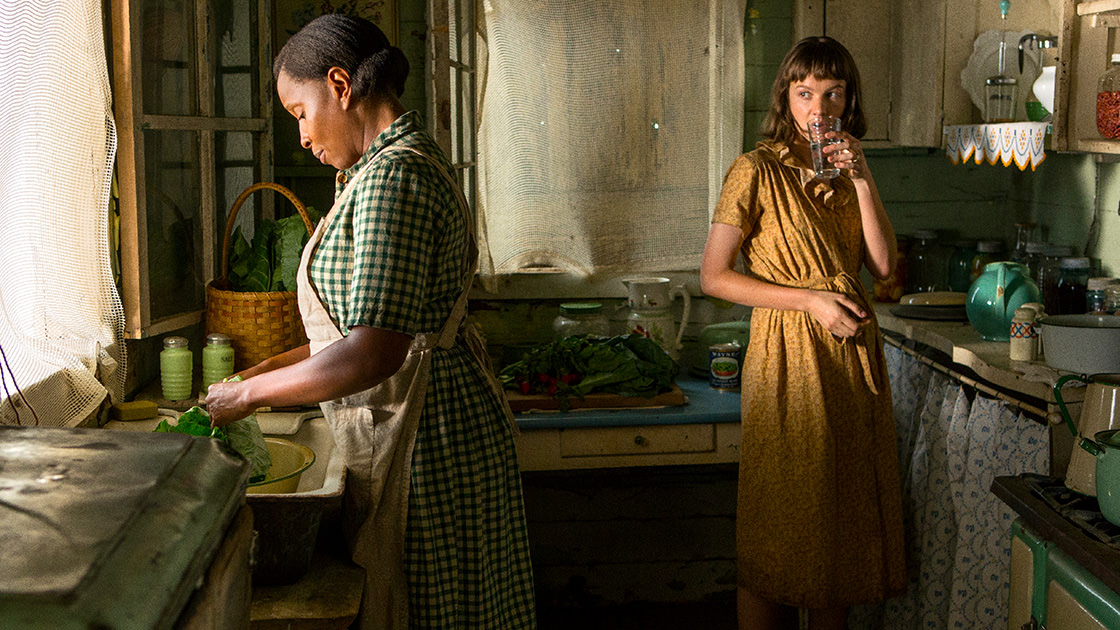 Do you feel as though more diverse stories are being told, or we still get caught up in a narrow perspective?

We’re definitely caught up. The problem is that Americans are so unfamiliar with their history. This is an American story. The story of America is a fabric that involved people from different places who were brought against their will. Some who came here for a greater vision. Those who were here and completely disinherited of the life that they had. That means it takes all kinds. The concept of America is not a single note concept. The reason we are having so much difficulty is that people are pushing against that reality. When you resist, it’s always going to be difficult. The truth is the truth. It doesn’t have feelings. It takes no sides. Hopefully with projects like this, my biggest hope is that people will be curious enough to learn about Jim Crow. Learn about WWII. There’s so much about our history that we’re unfamiliar with and that’s what causes us to make the same mistakes over and over again.