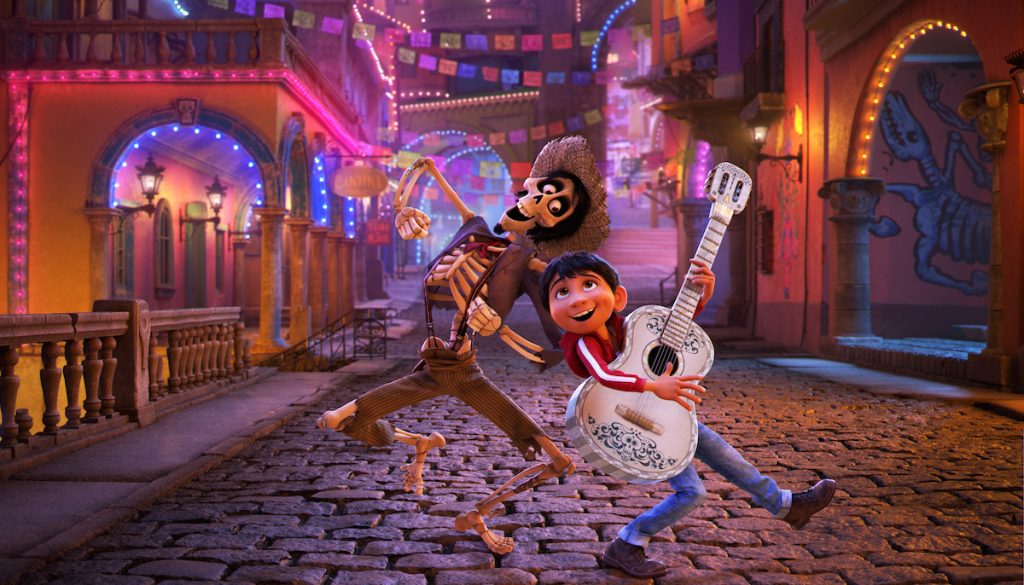 See a Storyboard Sequence from Coco Come to Life

Coco had us seriously rooting for young Miguel and his burgeoning musical career. The moment when he finally plays for a crowd of thousands is a thrilling fulfillment of all our hopes. Disney and Pixar have now released a glimpse into how that moment came together.

Previous script-to-screen videos (like this adorable Wall-E scene) have compared the actual written word to the final scene. For this Coco clip, however, we see another step in the creative process. Animators plan out a rough idea of how the action will play out. That blueprint comes in the form of a storyboard, and here we get to see the two side by side.

Storyboards don’t require final detail, but they inform the type of shot in each sequence. For the most part, the various camera angles maintained from the planning to finished phases. The animation is typically created after the actors have recorded their scenes, so storyboards give a nice idea of the character’s expressions before the final animation.

Very little had to be changed from the planning to final phase. The animators did realize they would need to make some alterations, however. The storyboard shows Dante dragging Hector by his leg onto the stage. As it would have probably been difficult for Hector to walk, he is ultimately led by the arm. The storyboard also focuses on the main action. The backdrop, cityscape, and several other details were also added down the line.

Animation is endlessly fascinating, especially from Pixar who revolutionized computer animation. It’s always fun to peek behind the curtain and see the masters at work.