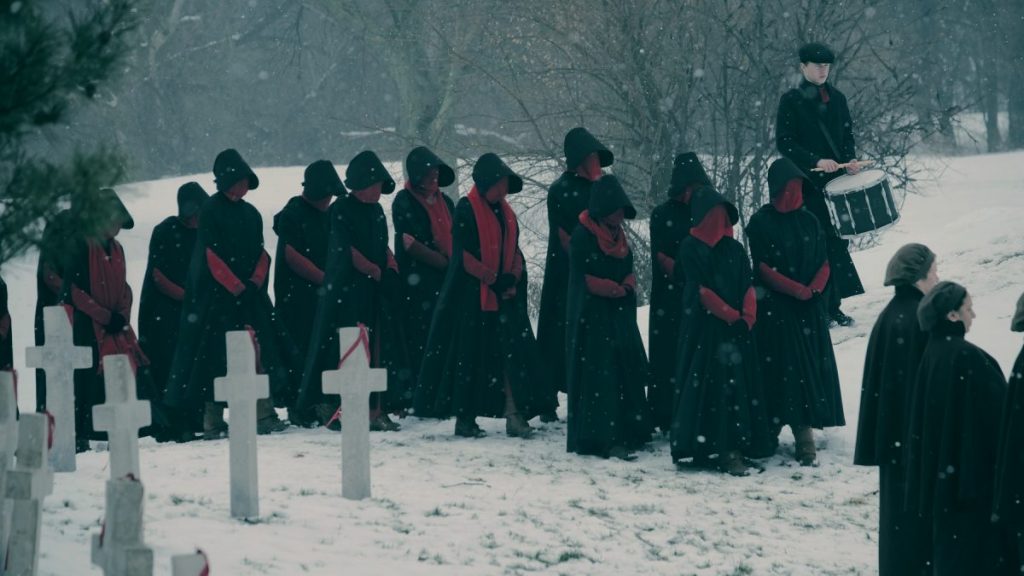 Offred Escaped Gilead in Body, But Maybe Not in Mind in the Handmaid’s Tale Season 2 Trailer

As an adaptation of Margaret Atwood’s thrilling novel, we had a pretty good idea of where the first season of The Handmaid’s Tale was going. There were some newly introduced concepts and characters and a few surprises, but for the most part, the script told a similar story. Both, however, ended with a chilling cliffhanger. Where was Offred (Elisabeth Moss) going? Was Nick (Max Minghella) a member of Mayday or an Eye? In the book, we don’t know for sure, but the season 2 trailer gives us some clues.

Offred begins the season immediately after we left her, still in the truck. She does end up somewhere other than Gilead, but is she truly free? Luckily, we do see that Nick seems to be helping Offred and their unborn child. She burns her red garments, but Gilead may leave long lasting psychological scars. She also sheds her oppressive and sexist name of Offred and returns to June, but it might not be enough to undo the emotional mutilation she endured.

Fred, played by a deliciously evil Joseph Fiennes, is enraged by Offred’s departure, and as the entitled jerk that he is, he blames Serena (Yvonne Strahovski). Serena will take a political stance this season. She leads a rallying cry (or confronts a crowd), but which side will she be fighting for?

Janine (Madeline Brewer) and Ofglen (Alexis Bledel) are both still alive, but that’s about all we can say for them. They remain caught up in the oppressive and controlling system. Aunt Lydia, another evil character played a brilliant actor in Ann Dowd, continues to preach the delusions of Gilead and is ever ready to follow up her discipline with an iron fist.

There doesn’t appear to be any less oppression or violence in season 2. We kept our eyes open for hints of hope but have yet to see much in the trailer. Fingers crossed things begin to improve for Offred.

Featured Image: THE HANDMAID’S TALE — The Emmy-winning drama series returns with a second season shaped by OffredÕs pregnancy and her ongoing fight to free her future child from the dystopian horrors of Gilead. ÒGilead is within youÓ is a favorite saying of Aunt Lydia. In Season Two, Offred and all our characters will fight against Ð or succumb to Ð this dark truth.(Photo by: Take Five/Hulu)