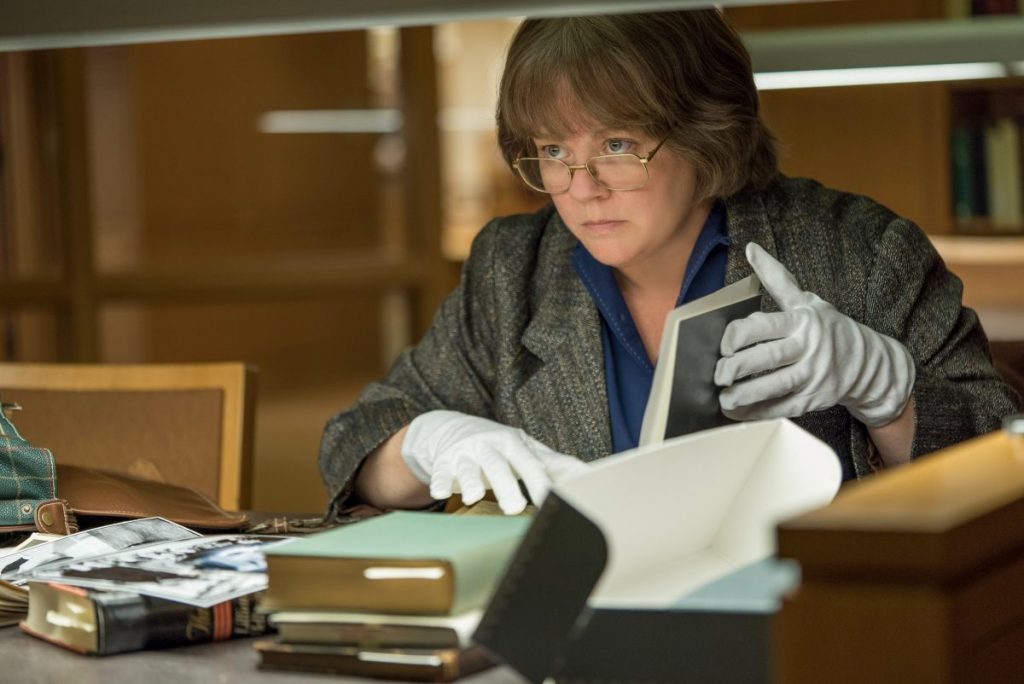 Melissa McCarthy Turns to a Life of Crime in Can You Ever Forgive Me?

Melissa McCarthy has famously created some of the most side-splitting characters in film. For Can You Forgive Me?, the world-class comedian steps into another artists’ shoes. The first trailer gives us a look at McCarthy as author and forger Lee Israel.

The memoir that inspired the film was published a decade ago, but the crimes Israel committed took place in the 80s. After writing a popular article about Katherine Hepburn for Esquire magazine, Israel found success in writing biographies. A clash with biography subject Estee Lauder, however, crippled her career. To make ends meet, Israel began forging, embellishing, and stealing famous literary documents.

While the film has a lightness, it strikes a dramatic tone. Israel finds that a rose by any other name does not necessarily smell as sweet. After her own writings are rejected, the work she’s writes under the name of another author receives high praise. Of course, she can’t keep the con going forever and her friend Jack (Richard E. Grant) joins in the deception.

McCarthy assuaged our cravings for her comedy last year with her Sean Spicer portrayals on Saturday Night Live, but she’s been vacant from the big screen since Ghostbusters in 2016. This year she plans to make up for it with the release of Life of the Party, The Happytime Murders, and Can You Ever Forgive Me? Actor and director Marielle Heller (The Diary of a Teenage Girl) helmed the crime movie with Nicole Holofcener adapting the memoir for the screen.

Can You Ever Forgive Me? hits theaters this fall.

Featured Image: Melissa McCarthy in the film CAN YOU EVER FORGIVE ME? Photo by Mary Cybulski. © 2017 Twentieth Century Fox Film Corporation All Rights Reserved

TAGSCan You Ever Forgive Me?