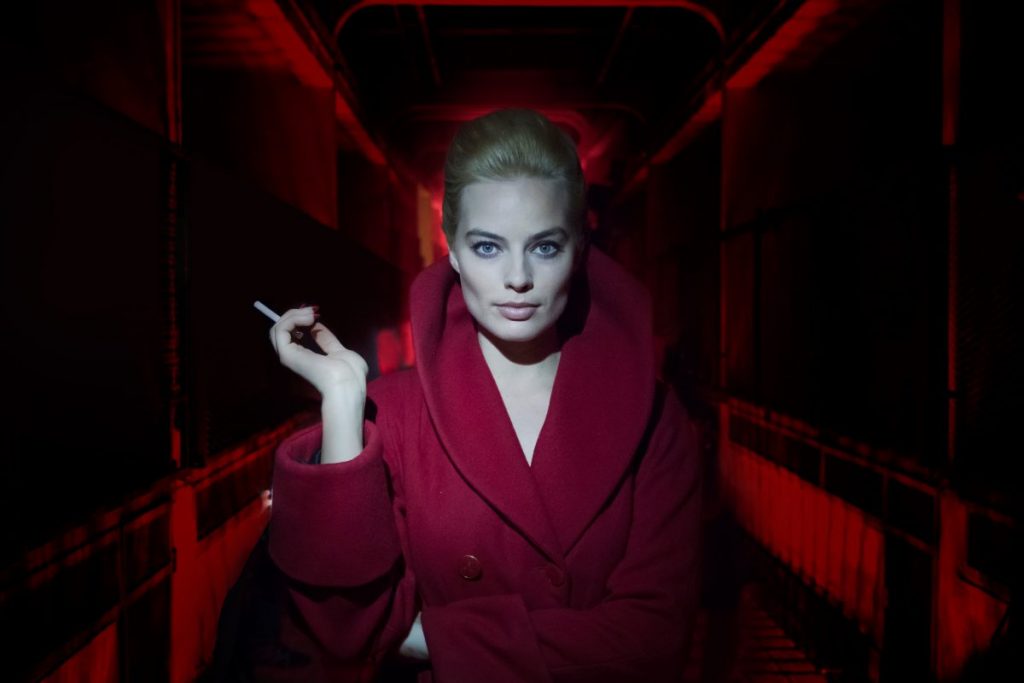 Everyone has someone to kill in the new trailer for Terminal. And some of those people are successful. The trailer takes a 90 degree turn in style from the original teaser. The mysterious introduction that appeared last week seemed serious and sober. Now it’s clear from the new trailer that this movie will dive into dark comedy territory.

We cannot wait to follow Margot Robbie – and all her various aliases – down the wacky and neon lit rabbit hole. We still can’t quite tell what her game is, but she has a ton of confidence. It looks like she’s playing her targets like pawns and isn’t afraid to execute – literally – when necessary. Robbie goes full chameleon in a variety of outfits and jobs. She has swag, she has style, and she’s almost certainly going to get her target every time.

We admittedly don’t have a good grasp on the plot yet, but Robbie’s character seems to be in the know. People are often coming to her for answers, and some less respectable services. Approach with caution, however. No matter what she says, it sounds like she might have a scheme of her own. Simon Pegg’s character gets involved with her game as well, but he doesn’t seem quite as open to her advice. Maybe because her first recommendation was to “just end it.” Otherwise, we’d recommend doing anything she says.

Mike Myers also makes a return to the big screen in the film. We don’t get to see much of him yet, but his mysterious character works in the subways. We wonder if he knows more than it appears.

The film is set in a glorious neon town that looks like Nashville’s Broadway and the Las Vegas of old smashed together in an acid rain city. We might still be hazy on the plot, but we’re certain this film is going to have lots and lots of style.