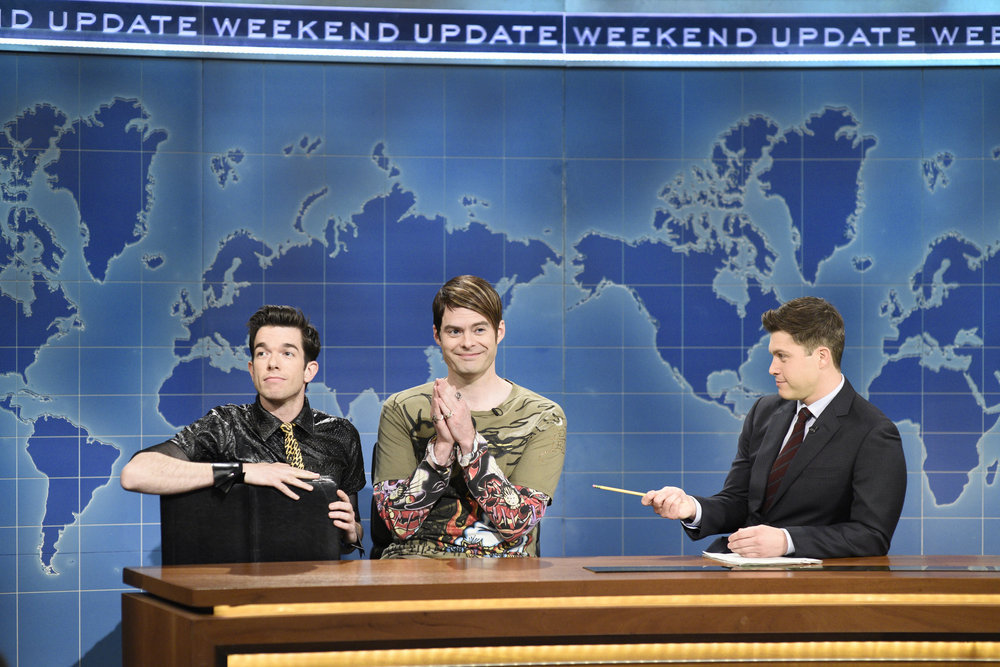 John Mulaney Will Be Next Saturday Night Live Alum to Host

It turns out that recent John Mulaney appearance in Stefon’s Saturday Night Live return was really a teaser. The former SNL writer will be returning to sutdio 8H as a first time host next month. We’re super pumped to see his name finally appear on the famous SNL cork board.

Mulaney is likely promoting his upcoming Netflix standup special, John Mulaney: Kid Gorgeous at Radio City. Mulaney does a mix of on camera and behind the scenes work. If you aren’t familiar with him, he appeared in the St. Patrick’s Day installment of Weekend Update as Stefon’s lawyer. Ever notice how Hader usually can’t keep it together in the famously funny sketch? It’s likely because Mulaney has written most of the jokes and Hader is enjoying them with us.

In addition to co-developing one of the greatest characters ever created for SNL, Mulaney and Hader collaborated on spoof series Documentary Now! Mulaney is a stand-up comedian, so his monologue is sure to be solid. If you want to get a flavor for his humor, check out his comedy specials New in Town and The Comeback Kid. For some full-on adult comedy, you can catch Big Mouth on Netflix, which Mulaney both produces and stars in.

Mulaney continues to work with other SNL alums like Seth Meyers, Fred Armisen and Maya Rudolph. On air reunions are always fun, so we can’t wait to see if anyone drops by for a cameo to celebrate Mulaney’s first hosting gig. Guaranteed to be there is musical guest Jack White. The former White Stripes member just released his third solo album, Boarding House Reach.