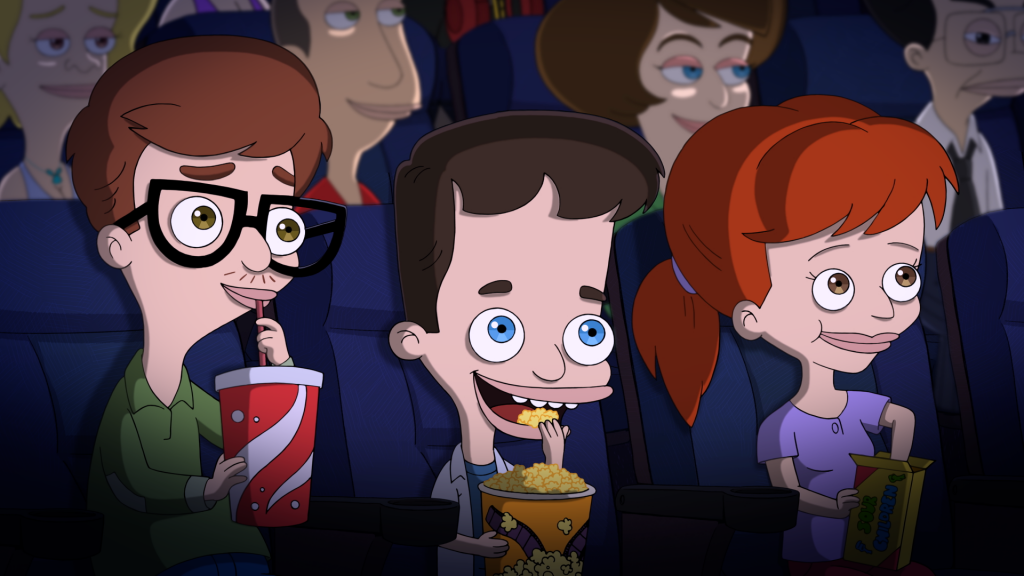 If you’re at work, go ahead and pin this Big Mouth trailer for later. There isn’t really a single second of this two minute trailer that we can safely point you toward to check out at your desk.

Still here? Ok, go ahead and press play on one of the funniest (and raunchiest) animated trailers ever. Nick Kroll and John Mulaney have teamed up with an impressive cast of pretty much every successful comedian in Hollywood to create an outrageous comedy about puberty. It’s pretty much all of the awful, scary, and horribly embarrassing parts of growing up all on top of each other.

There’s nothing that brings people together like cringe worthy adolescence and everyone wanted in on this one. The cast boasts Kroll and Mulaney along with Fred Armisen, Jenny Slate, Maya Rudolph, Chelsea Peretti and a particularly unforgettable role played by Kristen Wiig.

The young characters are plagued by literal hormone monsters and monstresses that force them into confusing and humiliating experiences that are equal parts hilarious and difficult to watch. The trailer censors nothing from explicit scenarios to foul language. If you have a nightmarish recollection from your youth, you’re pretty much guaranteed to see it play out on screen.

Netflix has done a brilliant job with adult animated series BoJack Horseman so we definitely trust their instincts on this one. The first season of Big Mouth is available for streaming on September 29.