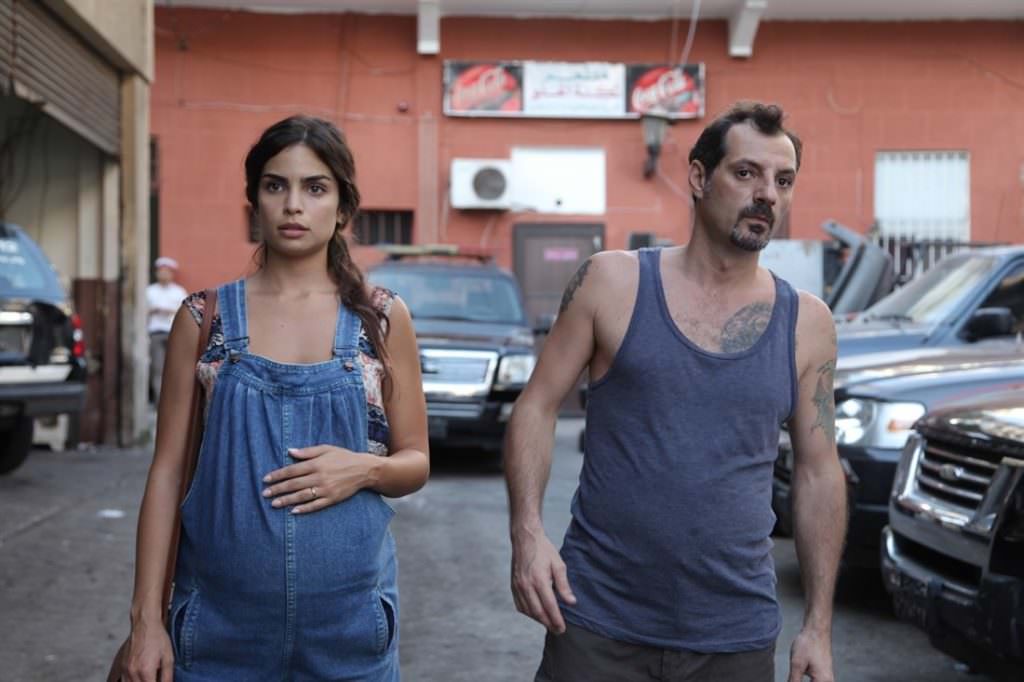 When writer/director Ziad Doueiri got word that his film The Insult earned an Oscar nomination in the foreign language category, the first time that a movie from Lebanon was recognized with that honor, he felt joy.

“It is a beautiful present for a tiny country that’s never been to the Oscars. It’s like Jamaica winning the bobsled at the Olympics, remember?” says Doueiri, who is now an American citizen living in Paris.

His second emotion, he says, was that the nomination represented justice and redemption. Doueiri is still angry over an incident that occurred at the Beirut airport in September, when he was returning from a triumphant screening of The Insult at the 2017 Venice Film Festival. The director was detained at the airport, interrogated, and brought before a military court to answer accusations of treason. The incident had nothing to do with The Insult, which he shot in Lebanon. It was because he made his 2012 film The Attack, about an Arab-Israeli surgeon whose wife becomes a suicide bomber, in Israel, which Lebanon considers an enemy state.

Although he was released the next day, the incident left Doueiri shaken and angry. “I have a daughter who’s nine years old. I was thinking, ‘how is she going to take this?’ I could not have a laywer because it was a military court. My mother [who is a lawyer] came and spoke to the judge; she was very, very upset…especially during the three hours while I was being interrogated and we had no way of communicating. When I got the Oscar nomination, I called her right away.”

Doueiri says he’s still angry that “the BDS movement [Boycott, Divestment and Sanctions] is still trying to stop The Insult from being released in many places.” Although the group enforced a ban across the Arab world on The Attack, it has not succeeded in banning The Insult except in Palestine, he says. “No one has the right to ban a movie. They did their best with ‘The Attack’ and tried to do it again but this time they didn’t succeed. It is number one at the box office in Lebanon. I don’t understand, because the film is not anti-Palestine at all; if anything, it’s positive. But the Middle East is such a polarizing place.”

That polarization is at the very heart of The Insult. Drawing on a personal experience — Doueiri once had an argument with a plumber that escalated into name-calling, but was resolved — Doueiri crafted the Beirut-set story of a mechanic, Tony (Adel Karam), who is a Lebanese Christian, and a construction foreman, Yasser (Kamel El Basha), a Palestinian refugee. They get into a squabble over a drainpipe that escalates from verbal to physical assault and the two face-off in court. But the disagreement soon explodes into a national issue that exposes years of resentment forcing both men to reconsider their values and beliefs.

Doueiri was raised in a leftist, secular Muslim, pro-Palestine home in Beirut. As civil war raged in Lebanon from 1975 to 1990, his views were as anti-Christian then as Tony’s in the film. But that changed in 1983 when he attended film school at San Diego State University and met people from all walks of life.

“What saved me was that I immigrated to the United States which allowed me to have hope and perspective and build a career,” he says. “I wanted to go to college in the States. I felt pulled because we grew up on American cinema. Even before the war started, my Dad took me to Buster Keaton films; Charlie Chaplin films; The Jungle Book; to the Dracula films; to everything. You watch movies as a child and you don’t understand because you can’t read subtitles but you get the story. At 13, I saw All the President’s Men, Three Days of the Condor, and I [learned] a cinematic language.”

Doueiri worked in Hollywood as an “electrician, grip, dolly grip, set painter, driving film — when there was 35mm film — from the lab to the set and from the set to the lab. I was exposed to all layers of the filmmaking process. I worked on B movies with Roger Corman; on straight-to-VHS films. It was all part of very rich experience that America offered to me.”

He also worked as a camera operator on many films, including Quentin Tarantino’s Reservoir Dogs, Pulp Fiction and Jackie Brown.

Doueiri wrote The Insult with his former wife, Joelle Touma. She was raised a Lebanese Christian which proved an exercise in perspective, he says, as the pair was able to write from the point of view of each character in The Insult.

“She grew up listening to one narrative, which was anti-Palestine. I was left wing, so it was the opposite. My family was pro-Palestine like you would not believe. There are no nuances when grow up in war. There is just ‘I’m good and you’re bad; my God is better than your God; my cause is better than your cause.’ This is how war is. We got married, and as we get older, we look at things differently,” he says.

Despite wars of words, deep divisions and entrenched positions, Doueiri knew he wanted The Insult to end on a note of hope.

“I am an optimist by nature, especially since I grew up during war. I lived it; I suffered from it. In the Middle East, we are exporters of bad news; it’s one bad thing after another,” he says. “So I chose to say, maybe there is no hope but there will be in my film.”