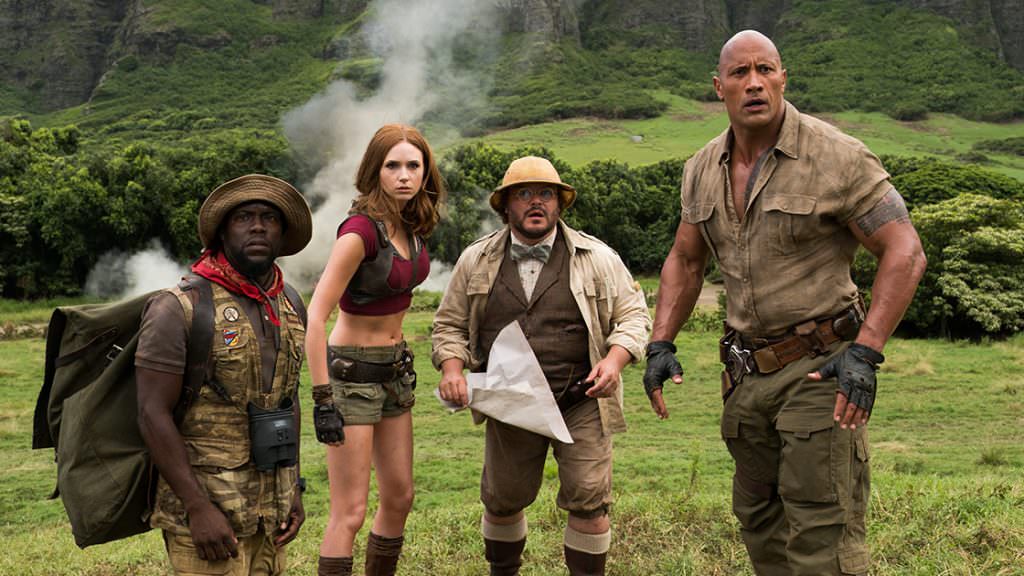 Jumanji: Welcome to the Jungle Coming Soon to DVD and Blu-Ray… and Snapchat!?

Jumanji: Welcome to the Jungle is the gift that keeps on giving. Fans can expect the release of the movie on Digital HD, 4K ultra HD, Blu-ray and DVD next month, but much like the game Jumanji itself, this is going to be different from your typical Blu-ray and DVD and digital experience. Fans will find it a much more interactive and hands on experience with Welcome to the Jungle‘s release, which will feature several of the usual bonus features like a gag reel and behind-the-scenes interviews with the cast and crew, a music video featuring Jack Black and your favorite Jonas brother, Nick, a first-hand look at the amazing stunts, and a discussion with the cast and crew about the original movie and its ties to this new modern version. All of this is well and good. Yet Sony Pictures has taken it a step farther.

The DVD and Blu-ray packages will contain a Snapcode that fans can scan with the Snapchat app on their phones that will unlock an augmented reality experience. Fans will be able to experience Jumanji similarly to the way the characters in the film did…just without the killer rhinos. Using snapchat, you’ll be able to record your experience and share it with your friends. And it doesn’t stop there! People who purchase the disc get another treat with a second Snapcode that will bring the characters to life right before their eyes.

Jumanji: Welcome to the Jungle may be spoiling their fans with all of this custom content, but we don’t think anyone will complain about these new interactive experiences.