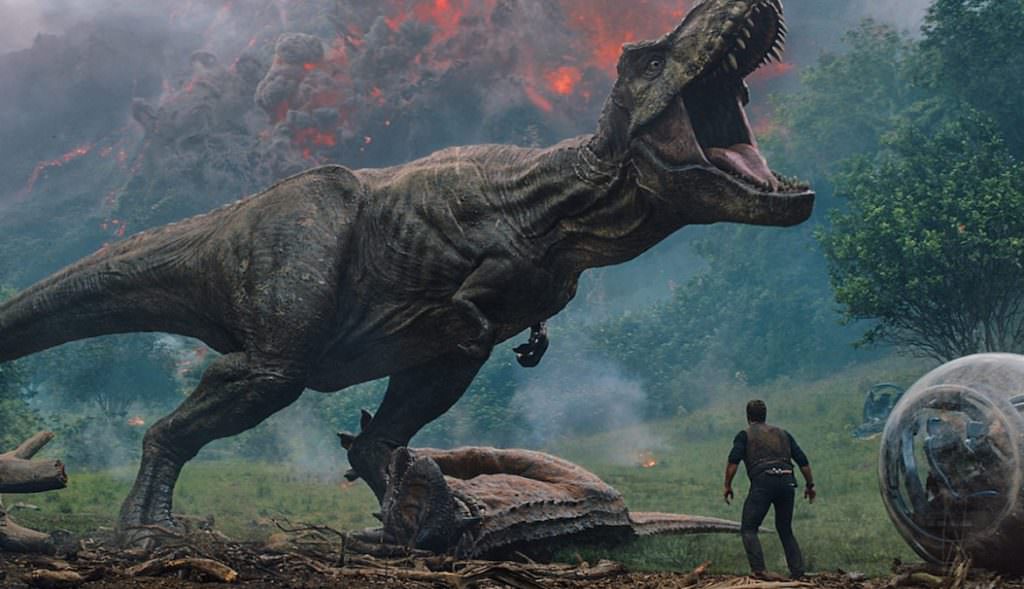 The comedic levity of the most recent installment seems to have been squashed like a greedy reptile breeder under a T-Rex foot. There are no jokes here. Jurassic World: Fallen Kingdom doesn’t skim on the razor-sharp teeth. There are teeth in the bedroom, teeth in cages, Owen jumping through teeth. Teeth everywhere.

That Spielberg style of suspense with overly sentient killing machines is fully present here. The most diabolical of dinosaurs slips into a little girl’s bedroom and seems to be able to think and communicate at a terrifying level. There’s also a fair amount of blind destruction as the reptiles run loose. Owen still tries to take care of the raptors he’s so closely bonded with, but other forces threaten everyone’s safety.

Of course, where there are wild prehistoric dinosaurs, there are greedy scientists who want to slap them with a price tag. A little genetic modification goes a long way and boom. We have a new mutant dinosaur who is bigger, meaner, and scarier than all the rest.

The new trailer appears to capitalize on what the Jurassic Park series is masterful at – mixing mass destruction with intimate doses of isolated terror. Sometimes the quiet one on one time with a carnivorous giant is the scariest. One thing the trailer doesn’t have is Jeff Goldblum, but Goldblum always finds a way.