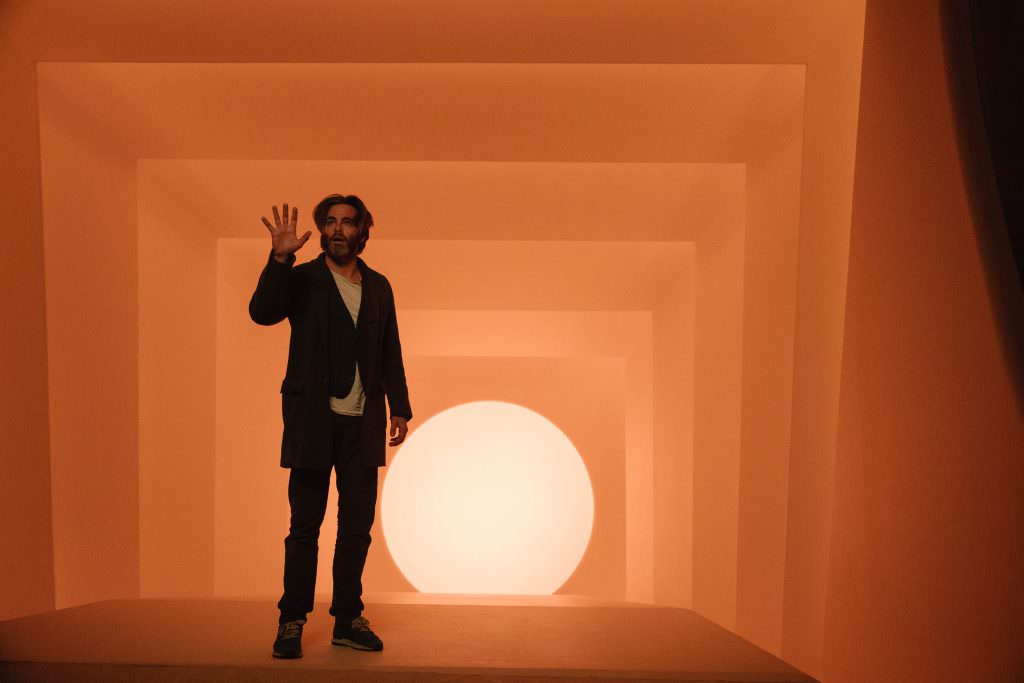 What We Learned About Dr. Murry’s Whereabouts in New A Wrinkle in Time Spot

Not only was Oprah the recipient of the prestigious Cecil B. DeMille award and the voice of the people at last night’s Golden Globes, she also starred in a new TV spot for A Wrinkle in Time. Oprah lays out for Meg (Storm Reid) the truth about her missing father and the perilous lengths to which she must go in order to save him.

Previously, we’ve seen Dr. Murry (Chris Pine) stuck in another dimension outside what we know of time and space. Meg’s mother (Gugu Mbatha-Raw) explains that her father was searching for a way to transcend space and time instantaneously. We now get to see Dr. Murry explain his theory before a class that a distance of a remarkable 91 billion lightyears could be traversed in a moment.

Thought dead by his family, the ancient being Mrs. Which (Winfrey) explains that her father may be alive after all. It’s up to Meg to find him, and Mrs. Which, Mrs. Whatsit (Reese Witherspoon), and Mrs. Who (Mindy Kaling) will guide her journey. We weren’t sure yet where the magical land of flying flowers was from previous trailers, but Mrs. Whatsit reveals it’s another planet in the universe.

It’s unclear how many planets Meg and her companion, Charles (Deric McCabe) will have to visit, but there are dangers on each one. Aliens who appear human, but act unpredictably, giant twisters, and more mark their path.

Director Ava DuVernay and costar Reese Witherspoon were gushing over Oprah’s award at the Golden Globes last night. Mindy Kaling also tweeted her support as she was unable to attend after giving birth to her first child. It seems like there was some real bonding on the Wrinkle in Time set, which makes us even more excited to see it.

A Wrinkle in Time opens in theaters March 9.