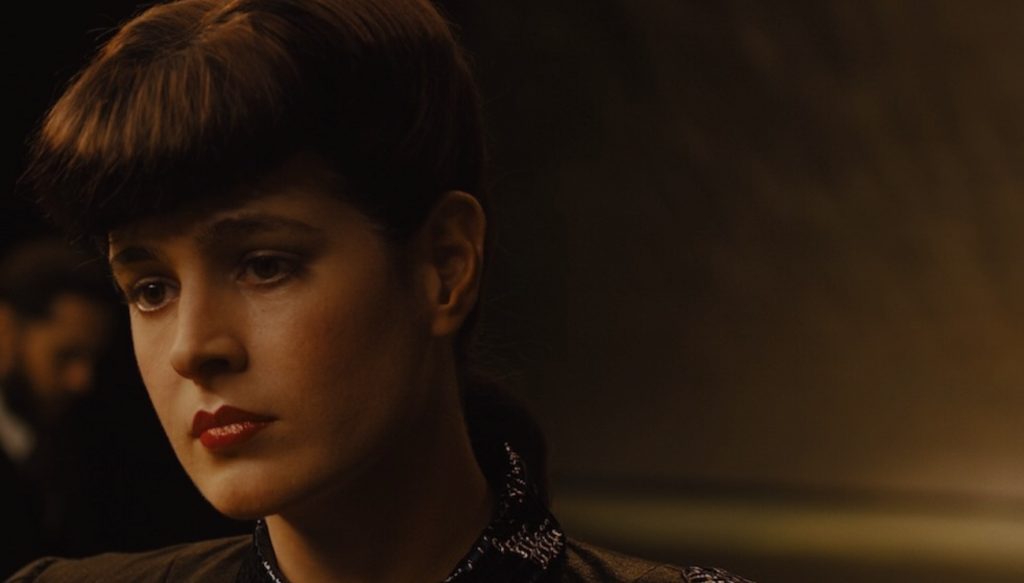 Blade Runner 2049 was one of the most arresting films of 2017, with brilliant sound design, makeup design, the incredible use of miniatures to create the sets and more. Yet one scene that has been somewhat overlooked came late in the film, when Niander Wallace (Jared Leto) attempts to convince Deckard (Harrison Ford) to reveal a secret that could change the world, one that Deckard would likely kill,  or die, to keep. Wallace knows that threatening Deckard with torture or death likely won’t get him to comply, so instead he chooses to dangle a carrot in front of him—the woman he fell in love with 30-years ago, the replicant Rachael. Played in the original film by Sean Young, director Denis Villeneuve could have brought Young back and then turned her into her 20-year old self in post, the way they did de-aged Michael Douglas in Ant-Man or Jeff Bridges in Tron: Legacy. Instead, Villeneuve chose to use a performance double and then have the Sean Young of 1982’s Blade Runner recreated completely using visual effects, and the results were astonishing.

Now you can watch how they did this, thanks to the digital effects company MPC showing us in this new video.

In order to pull this off, Sean Young’s head had to be scanned so that the VFX artists could model an anatomically accurate 3D skull, as the skull is one of the few parts of our body that doesn’t change dramatically over time. From this foundation, and with a staggering amount of work, MPC was able to recreate a 20-year old Sean Young, utilizing their bespoke technology as well as scenes from the original film. The end result is an incredibly accurate Rachael, looking exactly as she did 30 years ago, standing before an aged, stunned Deckard. What happens next is heartbreaking—and it only works because we believe that really is Rachael, or at least a replicant of the original replicant that we cared about so much, and like Deckard, it’s hard to say goodbye to her—again.

If you want to learn more about the entire process, read their incredibly detailed account of re-creating Sean Young here.