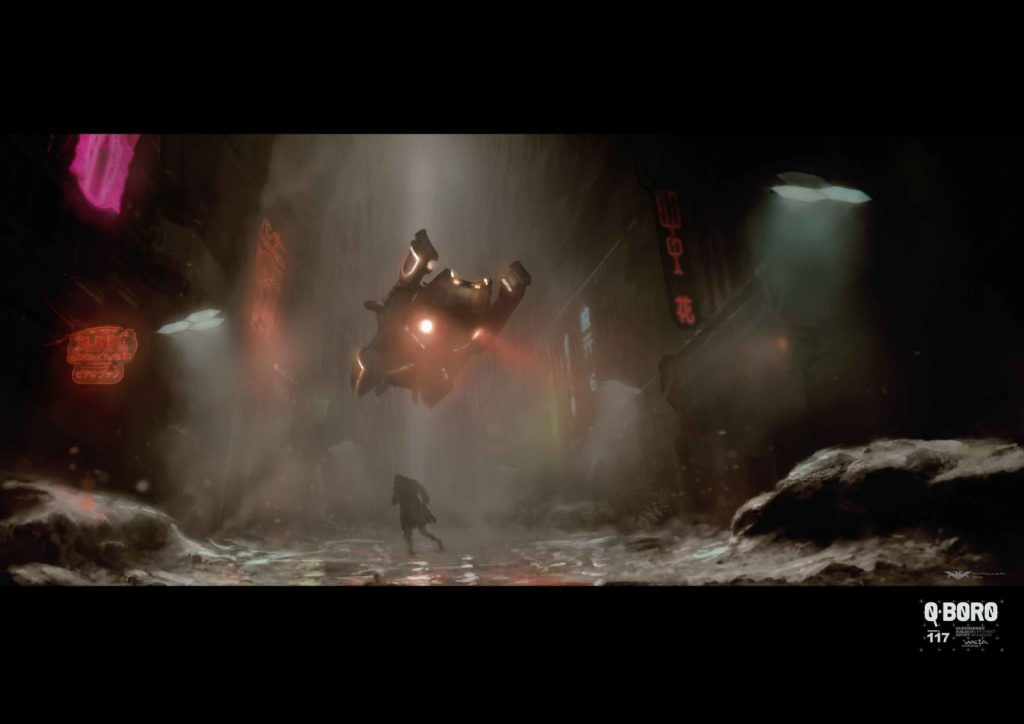 How Blade Runner 2049 Used Miniatures to Build the Future

Blade Runner 2049 depicts a dark, ecologically devastated future (San Diego has been leveled and is now just a massive trash dump, for example), but the city of Los Angeles, long the center of Blade Runner mythology, is a glowing, holographic-choked megatropolis teeming with skyscrapers. It’s a dazzling setting, the city stretches out in all its techno-noir glory to the horizon, and you’d be forgiven for assuming the entire place was created with CGI. While the final Los Angeles you see on the screen is augmented and accented with computer effects, director Dennis Villeneuve had much of it built—in miniature.

Alex Funke was the miniatures unit director on Blade Runner 2049. His job was to create some of the film’s most ambitious sets to scale, giving Villeneuve the opportunity to film some of the most visually stunning scenes on intricately detailed sets he could actually touch and feel. Some of 2049’s most awe-inspiring shots were created by threading a camera through a miniature Los Angeles that was built piece-by-piece and with exacting detail.  As Funke explains in this video released by Weta Workshop, one of his tasks was envisioning what the L.A.P.D. headquarters would look like, the place that Ryan Gosling’s Officer K. and Robin Wright’s Lieutenant Joshi work. Funke reveals that in the world of Blade Runner 2049, the L.A.P.D. HQ is the newest, tallest building in the city, yet it was just one of their construction jobs. The team poured immense amounts of time and energy into the buildings that you see surrounding L.A.P.D. HQ, each one taking about a week to make.

The level of detail on each of these miniatures is incredible. Steven Saunders, the art director on Funke’s team, explains that a miniature is actually a giant composition of “tiny little vignettes, tiny little stories, tiny little places that all need to work together to make the whole miniature work.” How detailed do they get with these tiny buildings? You’ll notice graffiti, distressed areas that make the building look as if its been weathered and decayed, and ten thousand other tiny details that pop once the miniatures are transformed into the hulking structures you see on the screen.

The miniature teams didn’t just build Los Angeles; they also took on “trash mesa,” the vast expanse of rusted melted, defunct technology and debris on the outskirts of the city and villain Niander Wallace’s tower, which was built at 600th scale, meaning that if Wallace’s tower were real, it would be more than two miles tall, and more.

“There’s a certain amount of magic when you’ve just finished doing a shot that took an hour and a half to shoot, and when you see it there, it’s existing, it has a soul,” says Funke.

Blade Runner 2049 is the most visually stunning film of the year (in our humble opinion), and the miniature world that Funke and his team created are a big reason why.