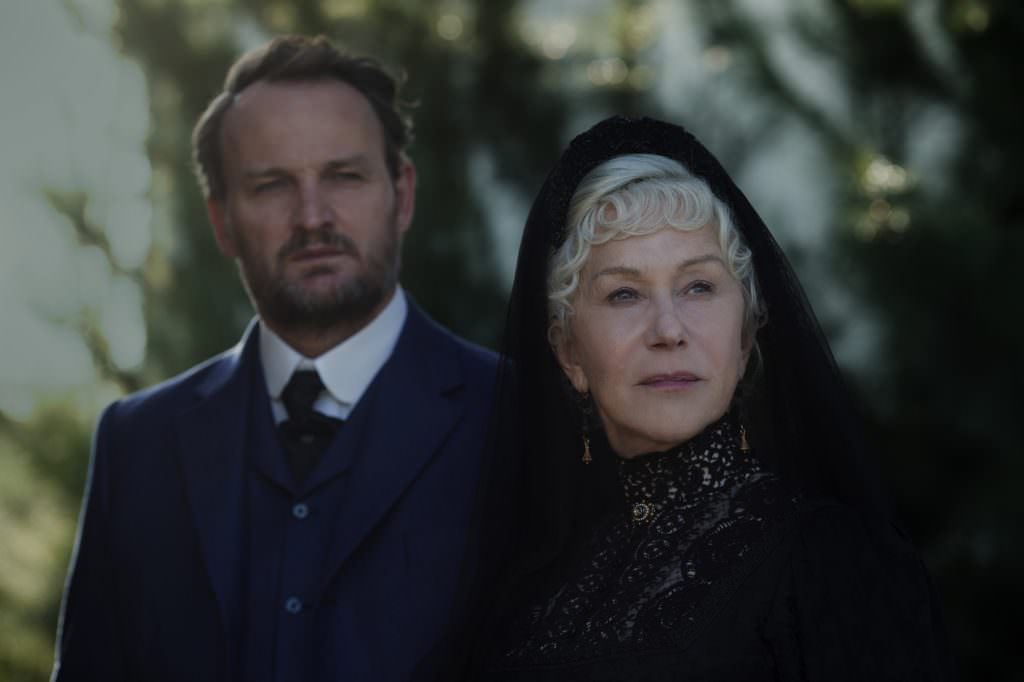 The new trailer for Winchester is a terrifying battle of wills. Sarah Winchester (Helen Mirren) spent years on senseless construction in her California home to ward off spirits. The seven story monstrosity has unused rooms and doors leading nowhere to capture malevolent ghosts. The undead have a good reason for their haunting, as Winchester explains. They’re the victims of the rifles her family built their fortune on.

Sarah Winchester, and the mansion that never ended, actually lived, but it’s unlikely she ever had supernatural encounters this intense. Despite the character’s diligent attention to detail, i.e. 13 nails in each door, the evil forces have broken loose. The first trailer welcomed us into the creepy mansion, while the latest unleashes an onslaught of terrors. Sarah Winchester’s sanity was called into question in the previous teaser, but there’s no room left for skeptics in the haunted house that literally oozes horrors. We finally get to see the sinister spirit, and he means business. From what we can tell in the brief flash, it appears he’s dressed in uniform and he’s definitely militant about his attacks.

Jason Clarke, who delivered a remarkable performance in last year’s Mudbound, plays Dr. Eric Price, the ultimate nonbeliever whose convictions are truly tested. The trailer is scary at hell, particularly the inhuman voice chanting ‘Die’ repeatedly. We bet that by the end of the movie, Price comes to believe in a ghost or two. Or, is it all in Winchester’s mind?

The real psychological twist of this movie is the tension between Winchester and the gun violence victims. After being murdered by a deadly weapon, we might want some revenge too. And the never ending house that’s meant to imprison the vengeful ghosts ultimately becomes a sort of maze where anything, or anyone, could be hiding.

Winchester is open for guests February 2.