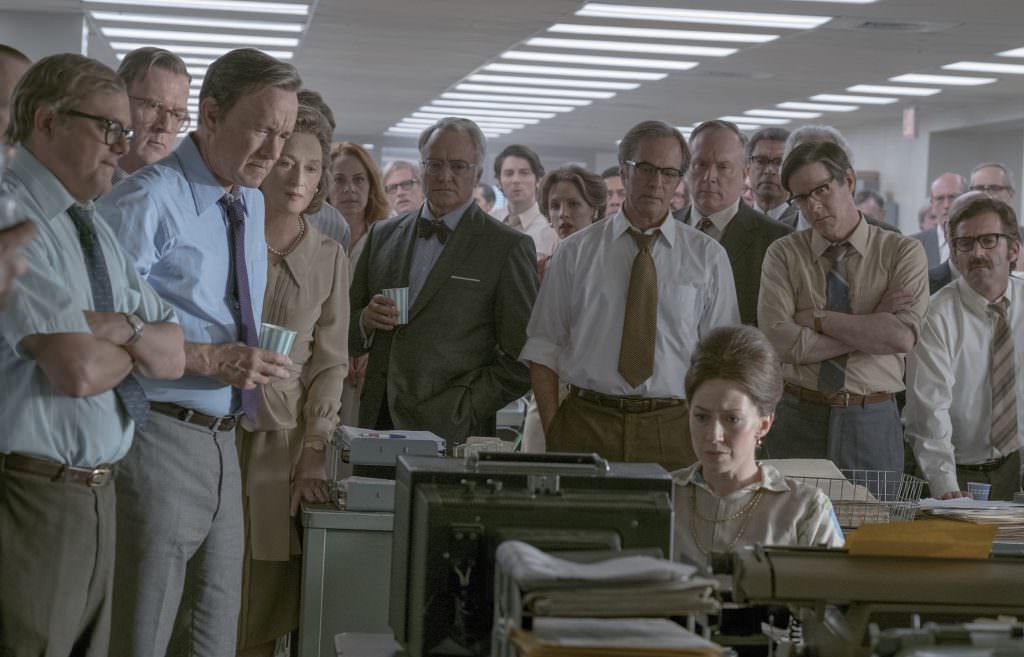 Gary Rydstrom has won four Oscar awards with his ingenious sound design, but none of that expertise prepared the veteran audio expert for the mundane obstacle he overcame to re-create the sonic tumult of the Washington Post newsroom circa 1971. Steven Spielberg’s The Post casts Meryl Streep and Tom Hanks as publisher Kay Graham and editor Ben Bradlee, who risk treason charges from the White House by releasing portions of the Pentagon Papers.

To sell the jeopardy, details needed to ring true and for Rydstrom, Director of Creative Operations at Skywalker Sound, and that meant bell-activated landline phones. “Our Foley stage has a tons of old phones,” he says. Then came the hard part. “Old phones don’t have modern plugs,” he explains. “You can’t just take them and plug them in anywhere and get them to ring. You have to find a house that still has old wiring, which turned out to be our toughest challenge.”

The quest to create period-perfect ringtones led to an employee’s home, built in the 1940s, where Rydstrom’s team plugged in old phones to mid-century outlets and recorded incoming calls. To further saturate The Post newsroom with accurately rendered clatter, Rydstrom revved up dozens of now-obsolete typewriters, both manual and electric, used by reporters back in the day. “It’s amazing how much sound these typewriters make,” Rydstrom says. “You’ve got the ring of the carriage when you hit “return,” the keys hitting paper, the hum of the electric typewriters. We wanted all of that in the newsroom scenes.” Production designer Rick Carter rounded up vintage models from the Berkeley-based California Typewriter shop. “They were kind enough to lend us all these refurbished typewriters, which enabled us to capture all the things they do.”

Rydstrom and his team recorded each telephone, typewriter, teletype and Xerox machine on a separate track. Orchestrating up to 50 layers of sound, they panned the tracks to mimic the action on screen. Rydstrom says, “The reason you do all this work is to make it sound to an audience like you’ve stuck a microphone in this newsroom 46 years ago and here’s what it sounds like. I heard Watergate reporter Carl Bernstein talking on the radio about the first time he walked into the Washington Post newsroom and how exciting it was because of the sound. There’s a real energy during that era, which supports the exuberance that Ben Bradlee had about being in the newspaper business.”

While the noisy newsroom aptly mirrored Bradlee’s brash personality Streep’s genteel society lady-turned publisher called for a more subtle sonic signifier: high heels. Rydstrom says, “Steven has several scenes that emphasize Katherine’s the only woman in the middle of this male world. So the thing we do with the sound for Meryl is, we always hear her high heels. One of my favorite transitions is a shot of Meryl Streep meeting with people on Wall Street. Normally you’d hear a lot of dense New York City ambience but we pulled all that out and instead we hear the click of Kay’s high heels as she walks into the meeting, because nothing says ‘Woman in 1971 in a man’s world’ more than high heels.”

Foley artists Dennie Thorpe and Jana Vance handled the clopping effect and also jingled keys to underscore Streep’s small gesture when her character confronts Secretary of Defense Robert McNamara (Bruce Greenwood). “Katherine’s fiddling with her car keys because she’s nervous and doesn’t intend to stay long,” Rydstrom explains. “I love pulling from what the actors do physically on screen so I can bring that out in the sound design.”

The Post marks Rydstrom’s tenth collaboration with Spielberg, including Saving Private Ryan’s now iconic bullet-zinging Normandy Beach Invasion sequence. Today, he’s talking from a Los Angeles studio where he’s mixing the director’s 2018 sci-fi picture Ready Player One. “It’s great when you’re sitting in a room with people like the editor Michael Kahn who’s worked with Steven forever, and of course John Williams,” Rydstrom says. “Not many filmmakers have had the same core group as long as Steven has. You can always count on his movies to be beautifully made.”

Working under Spielberg’s direction, Rydstrom says, clarity is key. “With some filmmakers, it can be a struggle to figure out what a movie wants you to do for it, whereas Steven’s movies are old fashioned in way he makes the characters and the story very clear,” Rydestrom observes. “With him, I don’t go off on tangents or experiment. And when I play Steven stuff, he”s a great reactor, honest, direct, quick about both the things he loves and the things that he doesn’t like. And Steven’s always very clear about his intentions.”