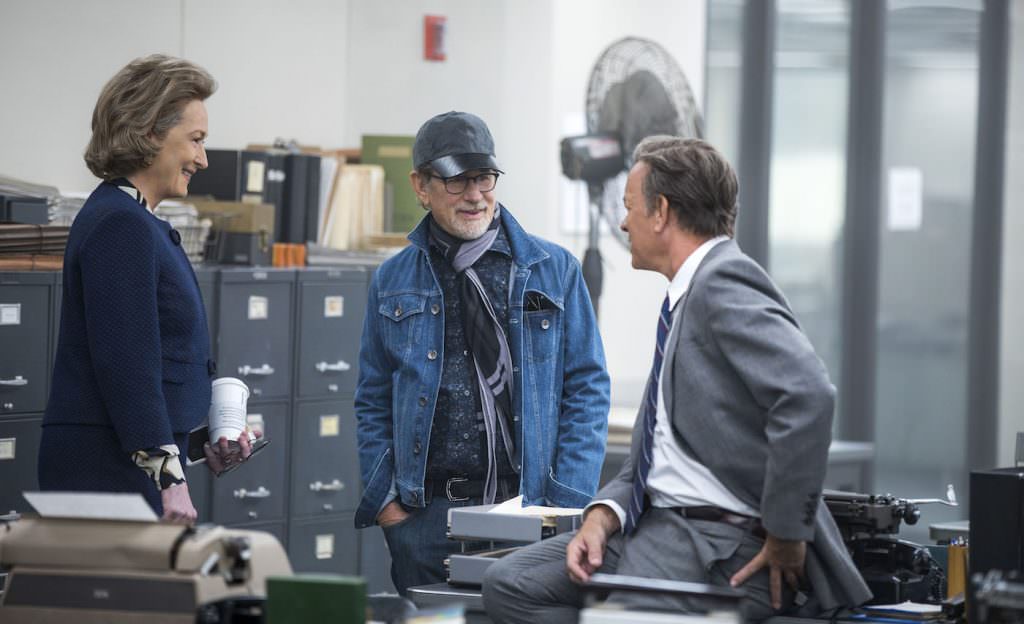 We had a chance to hear Steven Spielberg speak in person about his riveting, timely new film The Post, at its’ Washington D.C. premiere, back on December 14. Many of the film’s sensational cast were on hand, including Meryl Streep, Tom Hanks, Bob Odenkirk, Matthew Rhys, Sarah Paulson and more. The Post chronicles the historic decision by The Washington Post to print the Pentagon papers, when publisher Katharine Graham (Streep) was fighting for financial solvency and against the real possibility that she and editor Ben Bradlee (Hanks) were facing the possibility that publishing the papers could ruin them and the newspaper. Yet Graham made the gutsy call to let Bradlee publish, believing more in the principles of freedom of the press and government accountability than self preservation. The rest is History, with a capital H, and as we venture into new, unchartered waters in our current political climate, it’s not for nothing that at the screening we attended, the audience included Senators and members of Congress. Everyone was enthralled, and likely thinking hard.

Now the Directors Guild of America (DGA) has published a conversation between Spielberg and Wonder Woman director Patty Jenkins for your listening pleasure. The conversation touches on the making of the film, Spielberg’s methods, and how he was able to turn The Post around so swiftly.

It’s also a conversation between two people with immense respect for each other. Spielberg gushes about Wonder Woman, and he pays special praise to Jenkins work on the film, while she, in turn, talks about his influences on her work.

This is the kind of conversation we love—two artists plunging deep into the technical aspects of their work, with mutual admiration and passion. Enjoy.