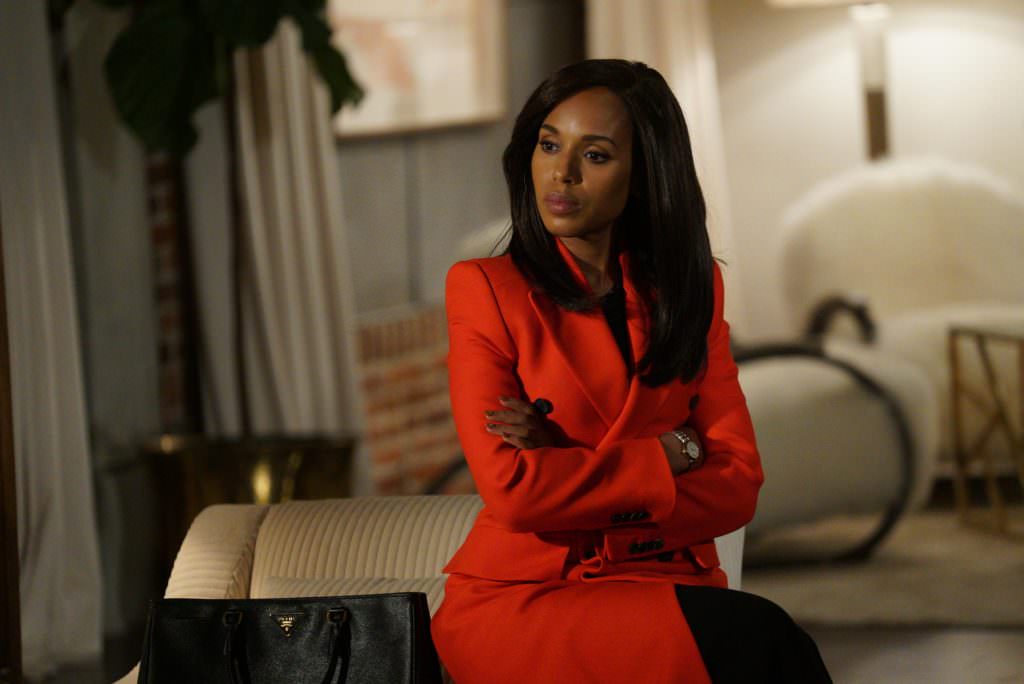 When Scandal first aired in 2012, it joined Grey’s Anatomy as must-see TV from prolific hit maker Shonda Rhimes, one of the most powerful and consistently excellent show creators in the business. Two years later, How to Get Away With Murder aired and ABC’s Thank God It’s Thursday lineup was born. Now in it’s final year, Scandal is going out with a bang. A crossover event with Murder was announced yesterday as stars Kerry Washington and Viola Davis swapped Instagram posts.

Hey Ms @violadavis ❤️ check it out. This spot look familiar?! Where are you?

Hey @KerryWashington, guess where I am?!

Scandal immediately drew in huge audiences for it’s sharp dialogue, shocking drama, and immersive style. Cinematographer Oliver Bokelberg helped shape the show’s look from the beginning that’s both an up close and voyeuristic look at power. Bokelberg’s talent and vision for the show soon earned him directing credits, including this season’s episode “Adventures in Babysitting.” In it, Olivia and Mellie clash over the ruthless ends-justify-the-means tactics that have defined the show. The episode is one of the most powerful of the season, with incredible momentum and a jaw dropping ending.

We spoke with Bokelberg about bringing the show to a close, transitioning from cinematographer to director, the show’s incredible pace and more.

The characters have come a long way in seven seasons. Where do they all stand now?

We have a female president, so that’s a big achievement. At the end of season 6 we had an inauguration and Madame President now is in office. It was actually interesting shooting the inauguration, because we all got very emotional. I was very happy for her, a female president, but I was really sad to see Fitz go. I lived six years with President Fitzgerald Grant. Strangely enough, you can’t help but somehow believing it. We have Vice President Cyrus Beene, we got Mellie Grant in office and Olivia is the Chief of Staff. In my episode I just directed, they’re going to work and they are really being quite strong in their roles.

This show always has a lot going on.

Things move very fast. We call it Scandal pace. Not only the storyline, but sometimes the actors slow down and the directors reminds them of Scandal pace and talk very fast.

You really feel like you’re in the room with Olivia when you watch the show. How did you create that really personal feel?

Paul McGuigan, the director of the pilot, is a very visual guy. In prep we look at the script, and the script was brilliant, and then we take it apart. We saw that there were a lot of characters and they did a lot of talking. One of the things that we were confronted with from the very beginning was, ‘How do we make this not all about talking heads?’ If we just see talking heads, it won’t be entertaining. We realized it’s sort of a world that we know, but we don’t really know. We don’t know what’s going on behind closed doors at the White House. So it became important for us to make it believable. 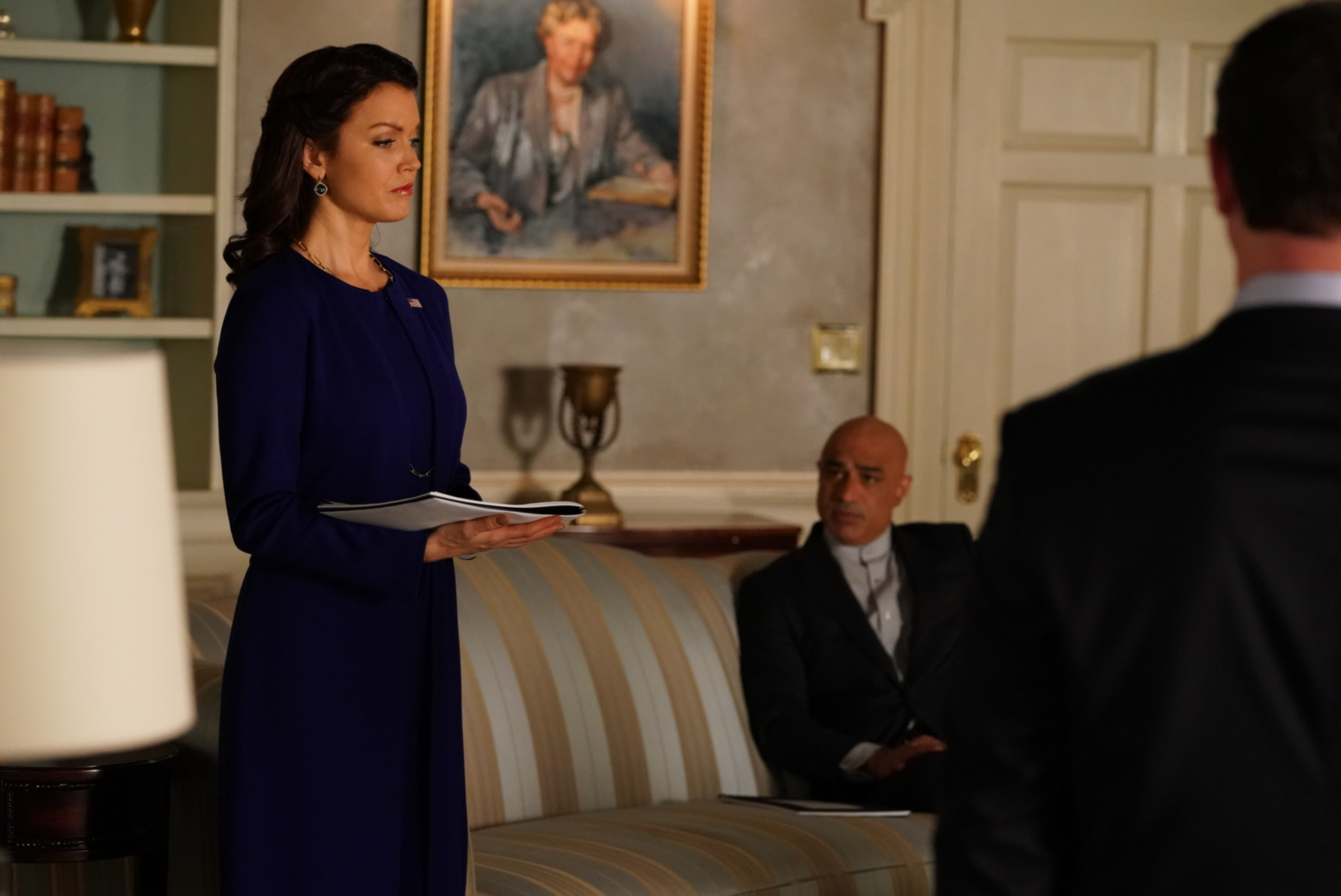 Some of the shots are very tight while others are more distant from the actors. How do you decide what is right for the scene?

The idea was that it’s almost coming from a documentary world, or maybe real life even. How does something become more real? If you see it out of the corner of your eye or if you walk down the street and look through somebody’s window, you are catching a glimpse of reality. That’s the attitude we try to bring in. It’s good to look from another room in, because it’s the passerby that catches a glimpse of something. There is some visual or emotional recall that it might be real.

Many of the scenes do feel voyeuristic, like when we’re viewing the characters through a window or a wall.

It was Paul’s idea to bring these glass panels in, which we go through scenes where we use more double reflections. On our main set we put beveled glass everywhere. So same idea again, that we look in on something. We felt that because we look in on it and are a little sloppy with it and are not too precious with it, we’ll make it feel more real. I think it’s an attitude more than a style, just being a little loose about it. And then the cameras are always moving and it never repeats itself. One thing I tell my camera operators is that if you want to see it, show it to me. I think it’s less design shots but more just creating an environment and capturing it. 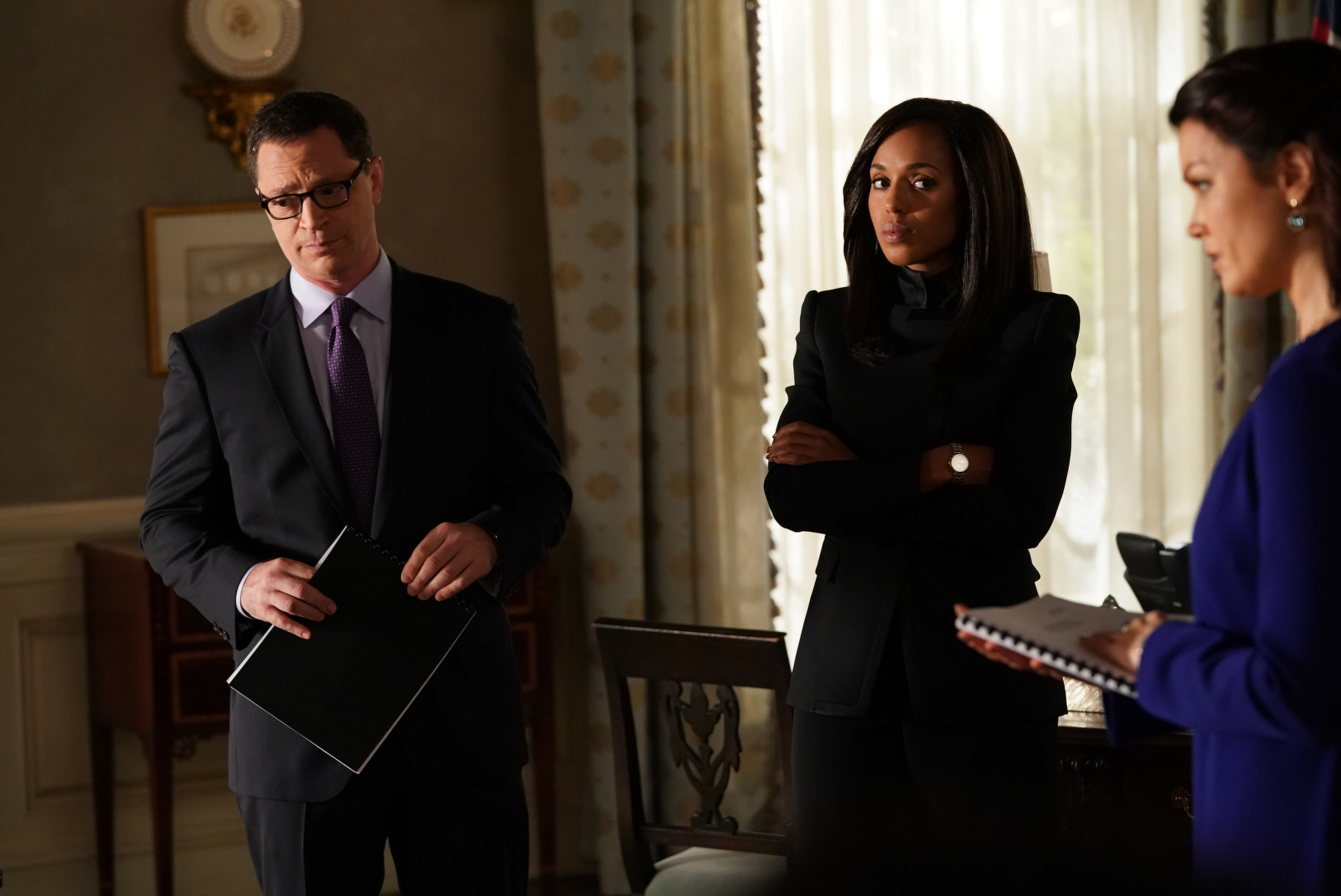 The show has never actually been shot in the nation’s capital. How are you able to turn LA into DC?

We try to avoid shooting palm trees is what it really comes down to. There’s so much interior and so much on set. When I started out I said, ‘Washington DC is elegant. Its white and its black and its blue, the color scheme.’ California is warm so I tried to stay away from warm. Washington DC is a little cooler. It’s a little harsher. DC has a lot of big white buildings. I think that also went with costume design and wardrobe. You know, Olivia is in her white coat.

The tenth episode you directed just aired. How did that opportunity come about?

I voiced interest from the second season. One of the directors fell out and they brought me into the office. They said I had to come to the office right now. When you get summoned to an office, you think you did something wrong, so that was a nice surprise for me. That was one of my favorite episodes, where there was an assassination attempt on the president. Happy Birthday, Mr. President was 2008, and it was a very cinematic episode. 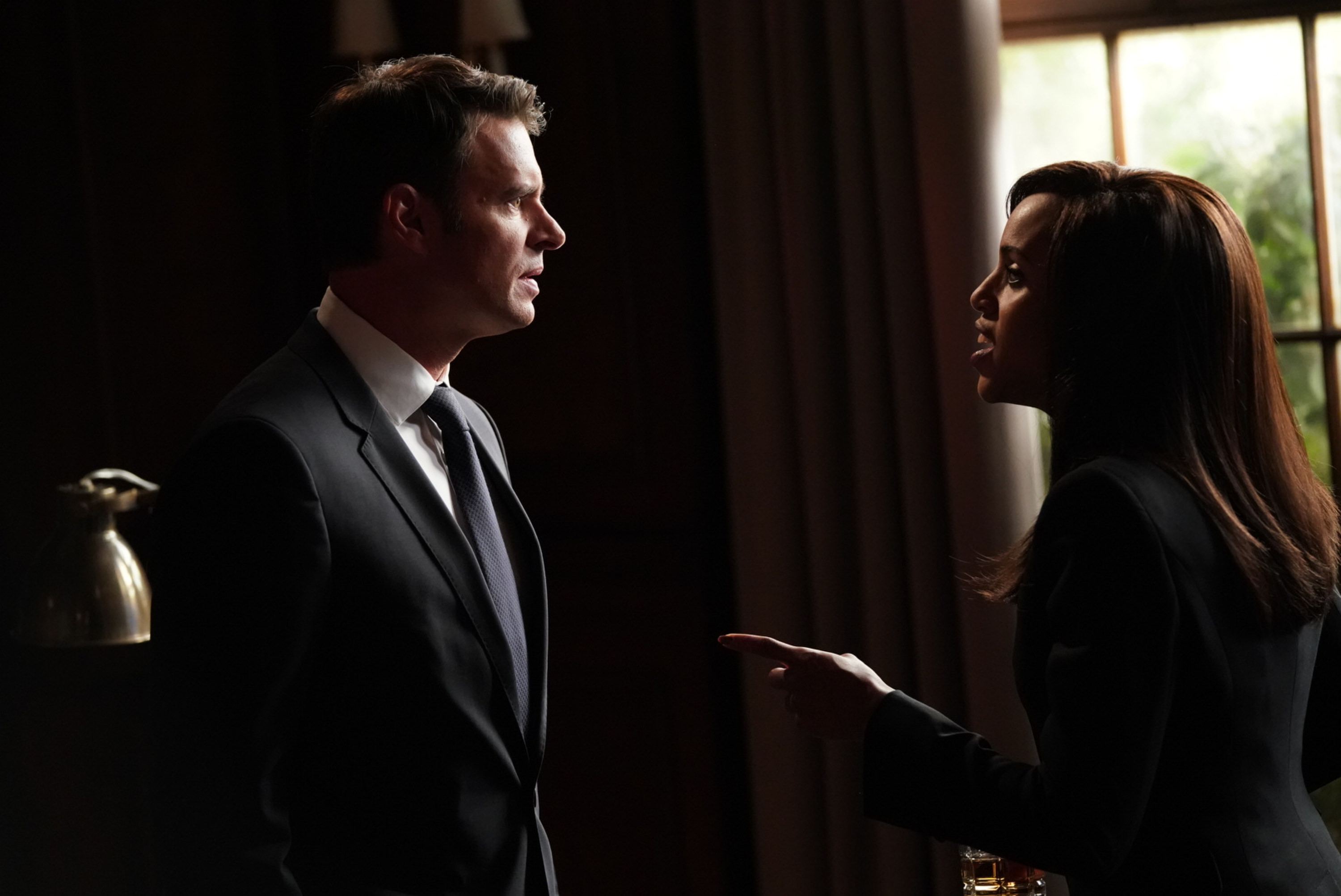 Did you find it difficult to transition to directing?

For me, it was easy as a director because it was very cinematic. I was able to apply my cinematography and my filmmaking skills to it. The next year I did three episodes. It’s an interesting experience because I learned how to work with more and more great actors. I have worked with great actors in the past and watched director’s work with them.

What have you learned in your time in the director’s chair?

Essentially, you learn each actor works a little bit different and needs different things. One of the first lessons I learned is sometimes its good not to say anything. I took some acting classes in the third year. It was important because it helped me understand certain things. First of all, I had no idea how an actor can manage to learn all these words. I just couldn’t comprehend it. But having gone through acting class, all of a sudden I started envisioning the scene and going through the situation. That made me recall the work and the dialogue. I figured out that after I did my scene work I could often tell if something felt authentic or felt fake. So now I understood when actors said after a take that was good or bad. Before, I never quite got how they figured it out. Otherwise it’s been an extension on what I do as a cinematographer. I always look to get a believable moment, something authentic, something truthful and I try to use my lighting, my camerawork, my angle. So that’s the most important to me. To make something authentic and directing is the same thing.

Scandal is coming to a close, but it has been such a success. Did you know fans would love it so much when you started?

You don’t know. I loved the pilot. But just because I like something doesn’t mean others will like it. It’s the first time I’ve been on something that people talked about it. I drop my daughter off at the dance academy on Friday and you start to hear all the mothers and parents talk about Scandal last night. It’s been really fun to be on something popular. I think that’s something that comes with a more mature career. When you start out, you are more concerned with your street credibility and want your station manager to see it. But ultimately, you want things to be seen by a lot more people.