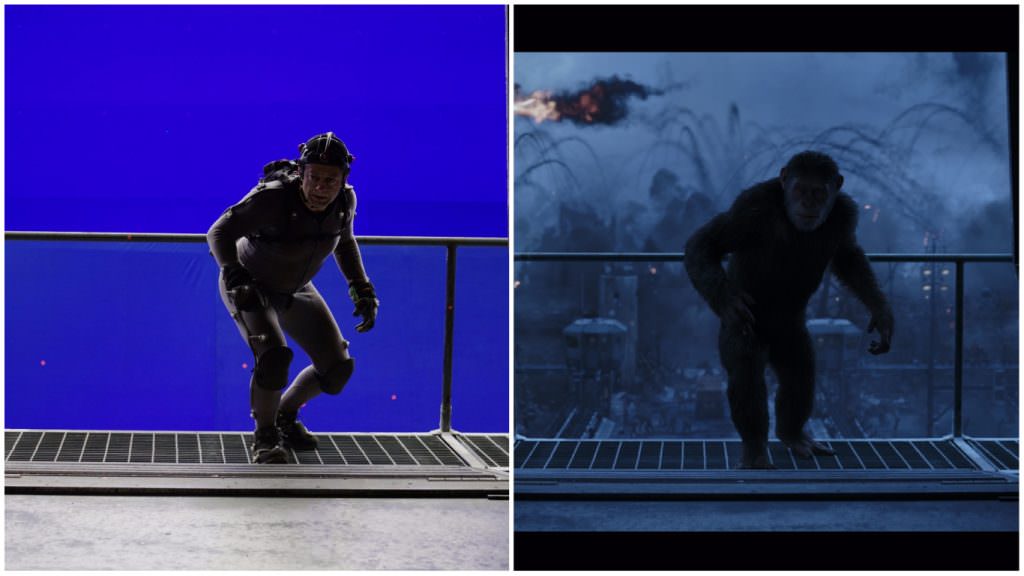 “I’ve pretty much spent my last decade doing almost nothing but monkeys and apes.” That’s Oscar-winning visual effects artist Dan Lemmon talking about his adventures in motion capture on behalf of the re-booted Planet of the Apes trilogy and Peter Jackson’s 2005 gorilla spectacle King Kong. “Between that and The Jungle Book I’ve been pretty busy,” says Lemmon during a recent visit to Los Angeles. New York born, Lemmon mastered old-school special effects working on Titanic and The Fifth Element at L.A.-based VFX house Digital Domain before migrating to New Zealand’s Weta Digital studio. Lemmon’s latest handiwork can be seen in Andy Serkis’s portrayal of alpha primate Caesar opposite a villainous Woody Harrelson in War for the Planet of the Apes. Released over the summer, the movie earlier this month made the Academy Award’s short list of VFX Oscar contenders.

“The biggest advance in motion capture over the last ten years has been figuring out how to take tools previously confined to soundstage spaces and use them on traditional exterior locations,” Lemmon says. “That’s been a big leap forward for us.” For War, Lemmon spent four months on snowy British Columbia locations, where he supervised outdoor “tech passes” alongside director Matt Reeves. Actors in sensor-embedded mo-cap suits performed each scene until Reeves had what he wanted from an emotional standpoint. Then, Lemmon took over. “We’d take the actors out and photograph the background, repeating Matt’s camera moves as precisely as possible,” he says. “That allowed us, later on to paint out Andy’s body and replace him with our digital Caesar ape.”

Ignoring the encumbrance of tiny cameras affixed to their heads, Serkin and his castmates performed as they would in a regular live-action movie. “Andy’s a great physical actor but the beauty of our process is that we don’t ask him to do anything differently from what he’d normally do to find his character,” Lemmon says. “That’s why Steve Zahn and Carrie Karin Konoval, who had no experience doing performance capture, didn’t have to worry about the technical side of things, at all. Because I’m going to take care of it.”

The VFX heavy lifting happened during the film’s lengthy post-production phase. To transform Serkis, Zahn, and the other humans into credible apes, more than 500 Weta Digital artists in a dozen departments obsessed over everything from light and shadow effects to puppet rigging, CGI avalanches and “Fur Grooming.” Lemmon explains, “That’s essentially a barbershop where a group of artists sculpt and shape all the fur on all the apes. We also had texture painters, who put fine wrinkles and bumps and folds on the skin. Then we had a muscle and tissue department. They created flexing and jiggling of the apes’ muscles and simulated ape hair bouncing around when the wind blows through it.”

One of the trickiest challenges came in retrofitting human bodies within primate anatomies through a process known as “re-targetting,” Lemmon says, “We had to take the motion of a human action and put it onto an ape with different shape, size and anatomy. There’s special software that basically says, ‘Here’s what the human’s doing. I’m going to take a certain percentage of this joint’s movement and a certain percentage of that joint’s movement and apply it to our ape character.”

To find the sweet spot melding human expression and realistic primate behavior, Lemmon and L.A.-based Reeves spent three hours every night on videoconference calls combing through the digital animation in search of moments that didn’t quite sit right. “The thing we constantly asked ourselves when we looked at a scene is: ‘Do I believe this? And if not, why not? What’s taking me out of the illusion?’ Any of the rough edges that break the illusion, we would identify and eliminate.”

Case in point: Zahn’s “Bad Ape” sometimes seemed too cartoony in his facial expressions. “When we put Steve’s dialogue on Bad Ape’ anatomy, the movement of the lips on that big muzzle looked too snappy,” Lemmon recalls. “That might have been great on a Pixar movie, but for our photo-realistic look, we had to dial back the lips in a way that they’d communicate the feeling of the dialogue yet still feel believable coming out of an ape’s mouth.”

By micro-managing digital details in his film work, Lemmon aims to make fantastical stories feel plausible even as they shatter the boundaries of everyday reality. “It’s really about believability even more than realism, which might sound like the same thing but is actually slightly different,” Lemmon says. “As visual effects artist, we’re the architects of this suspension of disbelief and we’re at the point now where we can create believable facial performances that go toe to toe with human actors. In War, you believe the apes just as much as you believe Woody Harrelson.”

Featured image: Andy Serkis, before and after becoming Caesar, in War for the Planet of the Apes. Courtesy Weta Digital/20th Century Fox

TAGSSpecial/Visual Effects War for the Planet of the Apes