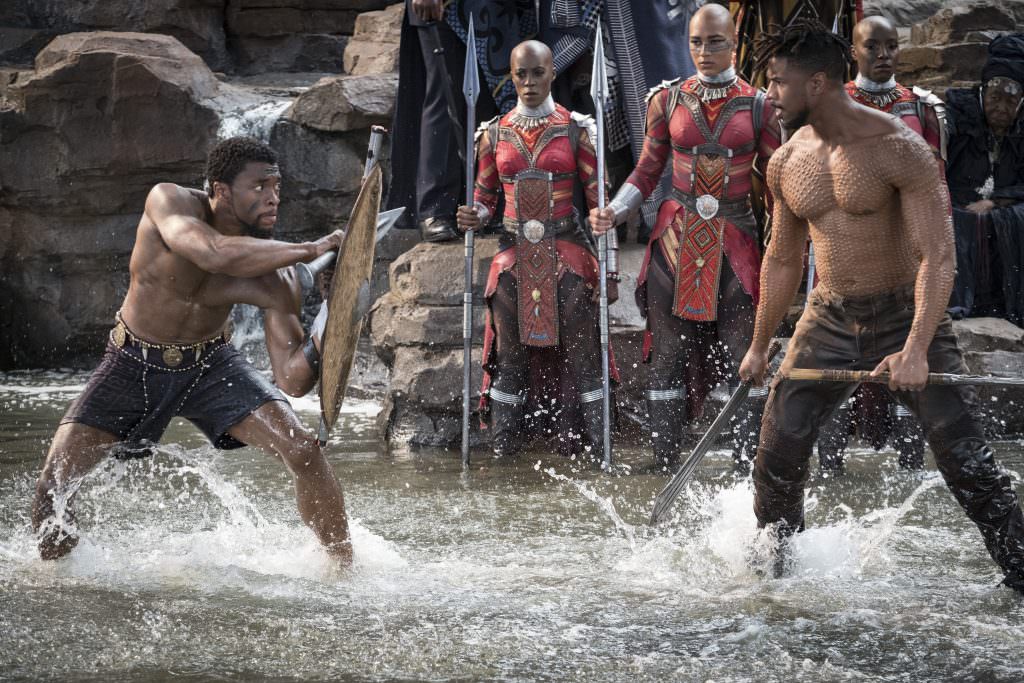 There are so many powerhouse actors and cool things to see in Black Panther that this new poster practically can’t contain it all. Ten of the film’s stars are gathered, ready for action, before a Wakandan skyline. We’ve been seeing some stunning images from the film ahead of its opening, but it’s difficult to fathom the magnitude of the movie until you see the main characters gathered in one place. 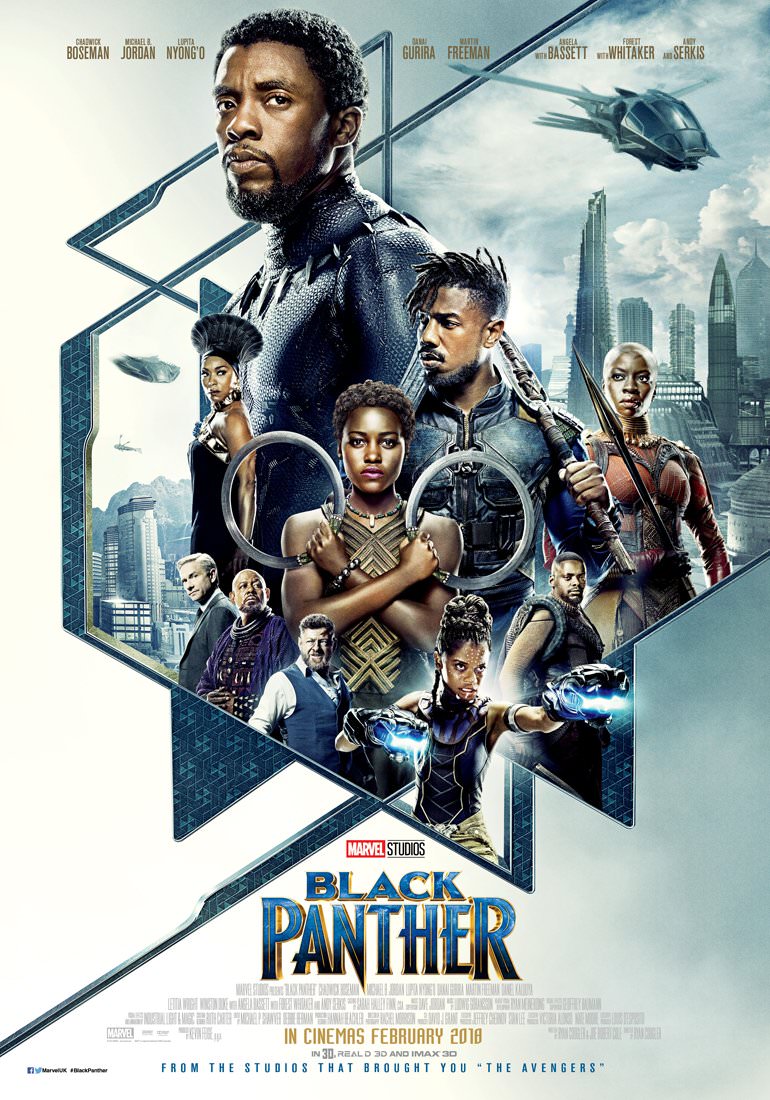 T’Challa (Chadwick Boseman) towers above the group. He stands out so staunchly that he seems nearly isolated as he prepares to take on the role of both King of Wakanda and the Black Panther. His mother, Ramonda, looks every bit a warrior. Is there anyone who could look more regal than Angela Bassett? And her headdress, by costume designer Ruth E. Carter, is truly incredible. Ready for action is T’Challa’s sister, Shuri (Letitia Wright), who will have a big role to play in the film. A technology genius, she’s the only on in the poster with fists up at the ready.

Nakia (Lupita Nyong’o) and Okoye (Danai Gurira) stand armed and waiting, ready for battle. They both appear guarded, a reasonable response considering the former Wakandan king, T’Chaka, died on their watch. Erik Killmonger (Michael B. Jordan) takes a central role as well. He stands beneath, and is eclipsed by, T’Challa, but could he rise? Klaw (Andy Serkis), Everett Ross (Martin Freeman), W’Kabi (Daniel Kaluuya), and Zuri (Forest Whitaker) fill out the image.

One of the most exciting things we anticipate from this film is the technology. A sleek flying shuttle and particularly nasty-looking aircraft dominate the sky. The weaponry ranges from a traditional spear to lasers, exhibiting the Wakandan’s mastery of both trained fighting and technological advancement. They would pretty much outwit and outmatch any invader, which is why the conflict of the film is expected to come from within.

Some of the characters are scaled way down on the poster, but here are a few beautiful character posters that show of some more of the gorgeous and gritty detail. 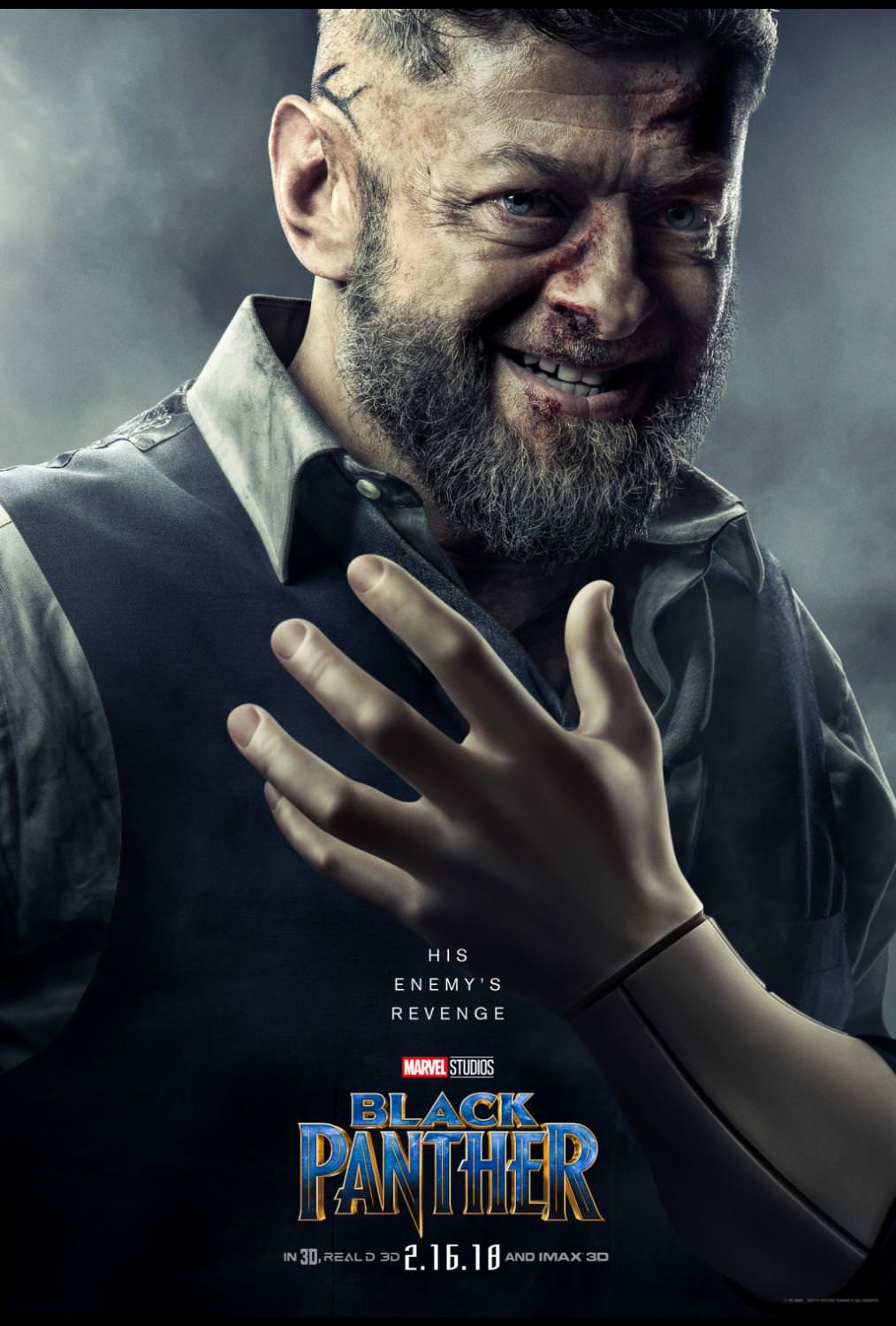