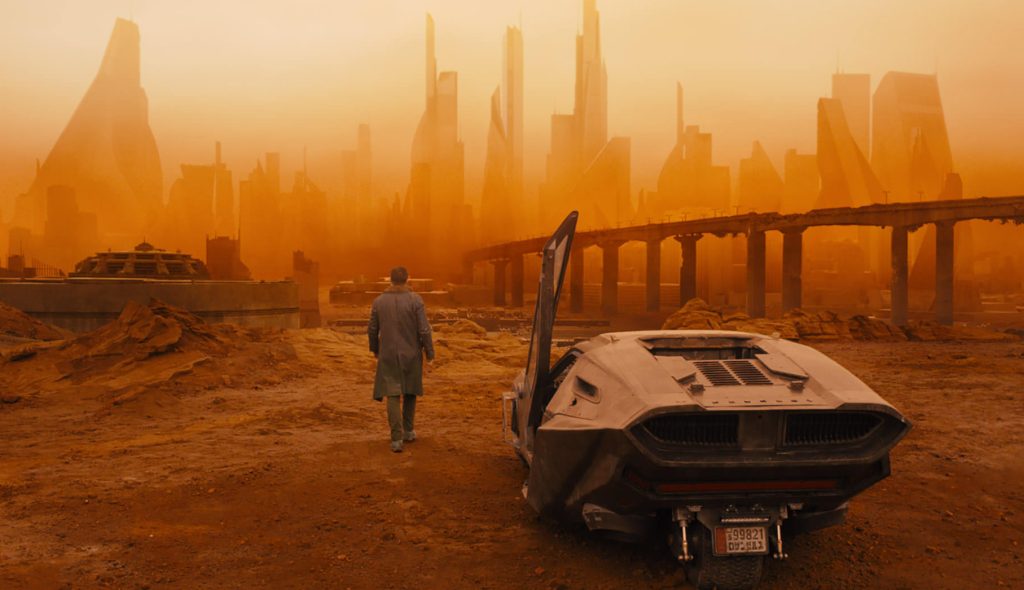 When we interviewed Blade Runner 2049 sound designer Theo Green, one of the sequences he discussed was the very first in the film—the epic brawl between Ryan Gosling’s Officer K and Dave Bautista’s hulking replicant Sapper. Officer K is there to “retire” Sapper, a euphemism if ever there was one, and the fight that ensues is brutal, made all the more intense by the size difference in the two combatants. Gosling is no shrinking violet at 6’0” and fit, but Bautista, standing at 6’3” and weighing 290 pounds, is a truly big man, and the violence of the fight meant that there was no way they were going to let Gosling perform it without a stunt performer—a serious injury, or even a black eye, wouldn’t be good for production, or Gosling’s famously perfect face, even if Harrison Ford didn’t get the message. Even weighing in Bautista’s skill at relatively fake violence (he was a star in the WWE, and is a purple belt in Brazilian Jiu-Jitsu), there was always going to be a need to replace Gosling in the scene.

This was achieved with incredible stunt performers and a crack visual effects team, recently shortlisted for an Academy Award. The stunt performers took on the fight’s most brutal moments, while the VFX team stepped in to replicate (pun intended) both Gosling and Bautista’s heads.

In this second VFX breakdown, from Rodeo FX, you get a look at how the film’s incredible environments were built, from the sopping, hologram-choked Los Angeles to the blasted, radiation-covered Las Vegas and more. We’ve already seen how director Denis Villeneuve relied on a brilliant miniatures team, who created a lot of the main Los Angeles sets in miniature version, and now we can see how the Rodeo FX folks created the huge cityscapes and incredibly detailed environments. Blade Runner 2049 is one of those films that require a few viewings to catch all the incredible details in each frame—this VFX reel is a good place to start.