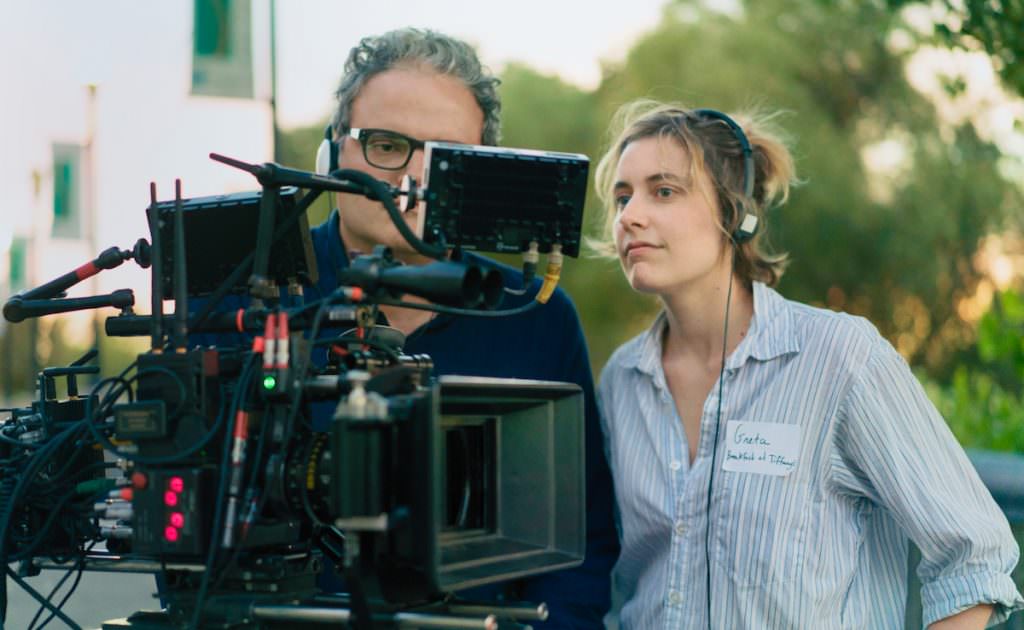 In the beginning, there was the shot list. When Greta Gerwig organized her directorial debut, she left nothing to chance. A full year before production began on her coming-of-age story Lady Bird, the actress-turned-filmmaker sat down in New York with director of photography Sam Levy and together they planned out every shot of the movie. Levy, who got to know Gerwig when they worked on Frances Ha and Mistress America, says “We didn’t even have any locations at that time, but we broke down Greta’s entire script, looking for spots where virtuosic camera movements fit in, and where they don’t. Just by making that shot list, ideas revealed themselves to us. Once we had that blueprint, just about all of our instincts held true a year later when we shot the movie.”

Besides assigning framing and camera movement for each sequence, Levy started thinking hard about Gerwig’s idea that Lady Bird, set in 2002 Sacramento with Saoirse Ronan in the title role, needed to feel like a period piece. “She told me the movie should look like a memory,” Levy recalls. “Greta held out her arm to the side and extended her palm flat as if it were the movie screen, removed a bit from the viewer.”

A few months later, Levy, surrounded with inspirational images by French photographer Lise Sarfati and Sacramento painter Wayne Thiebaud, happened onto what he calls “the aesthetics of memory.” He explains, “I like to make color Xeroxes of the photos and put them up on the wall. One day I was playing around with the machine and Xeroxed one of the images several times to distress it. When Greta came in to the office, she asked me, ‘What is it about this image that I love?’ I told her they were Xeroxed images with two generations of quality removed, which she really liked because the kids back in 2002 would have gone to Kinko’s to make photocopies of stuff to put in their rooms. So I took those Xeroxes and used them as a reference when we did our camera tests. When you take a facsimile of an image and distress it, that somehow gets across this imperfectly remembered experience that Greta wanted to capture on screen.”

The color-Xeroxed images also suggested subtle variations in the film’s palette that underscored Lady Bird’s emotional state from one milieu to the next. “We decided that whenever Lady Bird tries to infiltrate the cool kids scene, our palette would be a little more silvery blue with a little bit of milkiness to the black,” Levy says. “We wanted to suffuse her scenes with the rock band guy, Timothée Chalamet, so they have a little bit of a heightened quality.” In contrast to the cool kids’ cooler colors, Levy went for a warmer tone when he showed Lady Bird with her theater nerd friends. Levy says, “We go with almost a butter scotch yellow for those scenes,” he says “Most people might not notice the shift because we didn’t want to push it to hard.”

Rejecting the hand held camera look that characterized filmmaking in the early 2000’s when Lady Bird takes place, Levy instead shot nearly every scene in the 94-minute movie with a dolly-mounted Alex camera. “We didn’t want the camera to draw attention to itself,” Levy explains. “When you’re restricted to dolly on rails, any movement is going to be smooth and elegant. Making that work was very much a part of the design we built a year before the shoot.” Trained in France by New Wave auteur Eric Rohmer, Levy learned to approach dialogue-intensive scenes with a light touch. For Lady Bird, he applied that less-is-more approach. “We only wanted to move the camera if it really meant something,” he says. “Thematically, the performances do most of the work.”

Lady Bird has generated awards season acclaim and a near-perfect Rotten Tomatoes rating in part because of its unusually cohesive sensibility. Levy took it upon himself to make sure Gerwig’s vision was spelled out for cast and crew. During the run-up to principal photography, he expanded the shot list into a gigantic document that literally got everybody on the same page. While Gerwig attended to last minute casting and location decisions, Levy says, “I combed back through the shot list, plugged in photos from the locations and included some of Greta’s philosophical notes about the characters. Just before shooting began, we distributed the shot list to the Assistant Director, the sound department, April Napier and her costume team, Chris Jones and his art department, the electricians crew, the grips – –  everyone had the same document as a way to make sure everything tracked.”

Levy’s attention to detail helped remind the Lady Bird team, including Gerwig herself, about the many small moments that inform the core relationship between Laurie Metcalf’s mother character and Ronan’s rebellious seventeen-year old. “Just as an example,” Levy says, “Greta at one point told me the mother’s actions should be mimicked by her daughter in front of the camera as much as possible. So when the mother drove around Sacramento early in the movie, that needed to match up later when Lady Bird drives through Sacramento after she gets her license. I wrote that down in the shot list: ‘Make sure the driving scenes match up.’ Those are the kinds of little things that make Greta such a brilliant filmmaker.”

Featured image: Sam Levy and Greta Gerwig on the set of LADY BIRD. Photo by Merie Wallace, courtesy of A24