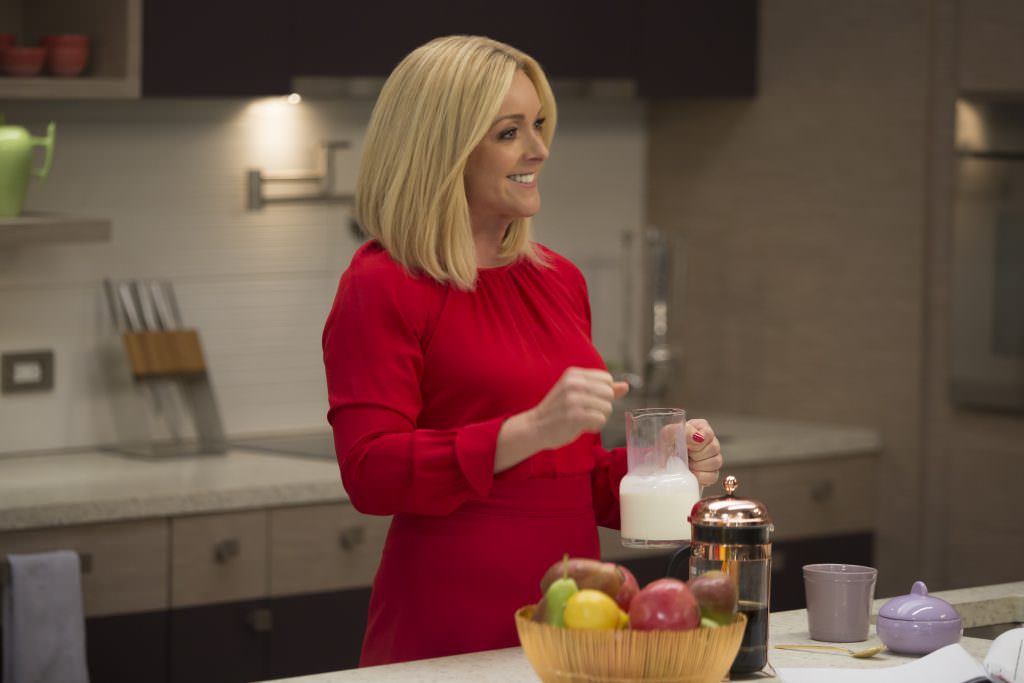 Reasons to tune in to A Christmas Story: Live! this holiday season are growing exponentially. Jane Krakowski and Chris Diamantopoulos have joined the cast and we can hardly contain our excitement. This is better than a major award!

Unbreakable Kimmy Schmidt star Krakowski has been cast as Ralphie’s teacher Miss Shields. She will presumably be recreating one of the best fantasy sequences of the entire show in which Miss Shields gives Ralphie an “A Plus! Plus! Plus!” for his homework theme about the seminal Red Ryder BB Gun. Krakowski is a Tony winner and has been in some of Broadway’s biggest hits from Waitress to Les Miserables and most recently starred in She Loves Me.

Diamantopoulos (Silicon Valley) will play opposite Maya Rudolph as Ralphie’s father. It’s a meaty role as the old man is at the center of most of Ralphie’s holiday memories. The foul mouthed authoritarian has some of the most memorable lines in the show and that infamous leg lamp scene. Diamantopoulos has also done stunts on Broadway starring in The Full Monty and Les Miserables. He’ll have to trouble holding his own against SNL breakout star Rudolph as the two played opposite each other on Up All Night.

Fox broke into the live musical broadcast trend with the hugely successful Grease: Live and followed it up with cult favorite The Rocky Horror Picture Show and The Passion. The Christmas Story cast is shaping up to be one of the strongest among the live musicals produced on TV. Matthew Broderick, who has a hefty stage and screen legacy, was announced as adult Ralphie earlier this year.