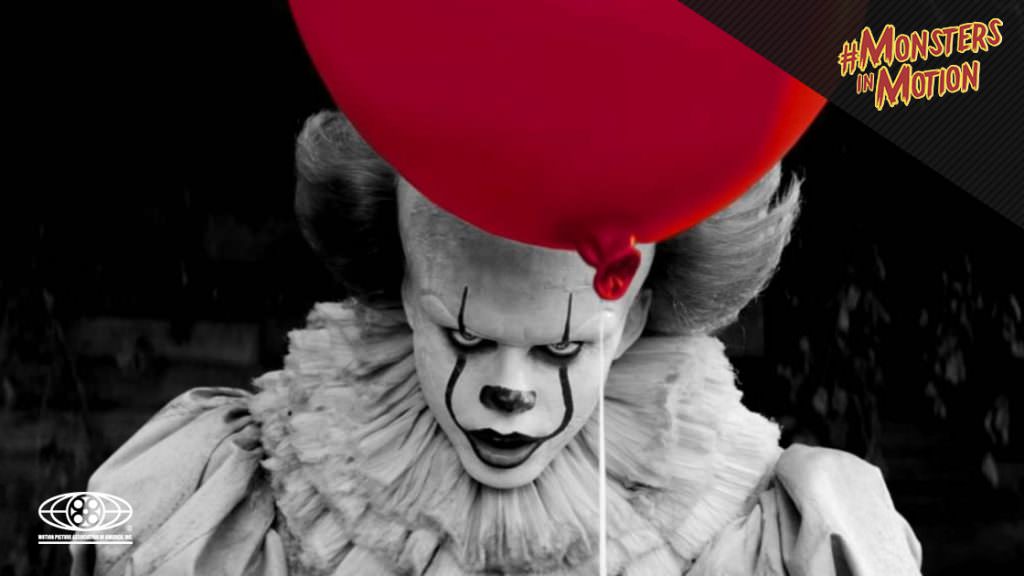 From Alien to It: The Science Behind our Love of Horror via 9 Iconic Scenes

A clown’s eyes peering back at us when we look into the storm drain. An unsuspecting man enjoying a meal with colleagues when a baby alien decides to explode out of his chest. A fairy-eating and eyeless pale man stalking a little girl through subterranean chambers. What is it about these skin-crawling scenes that compel so many of us to sit at the edge of our seats for the next good movie fright?

Neuroscientist Christian Jarrett says we crave this kind of entertainment because it triggers so many of the cognitive buttons evolution has left us with. The shark in Jaws, the aliens in the eponymous movies, and the sharp teeth of villains from vampires to the clown in It all trigger the deep-seated desire not to be tracked and eaten by other animals. Zombies from Day of the Dead to 28 Days Later are instantiations of our innate fear of infectious disease and revulsion at the corpses that harbor contagions.

Movies featuring supernatural forces like Poltergeist and The Exorcist, meanwhile, key off our brains’ appetite to find agency behind misunderstood phenomena. This same narrative construction fuels beliefs like buried gods or demons cause volcanoes to erupt, witches force bad things to happen to people and the magical stories of mythology and many modern religions.

“Across the world and through time,” he wrote on the British Psychological Society’s blog, “people have been drawn irresistibly to stories designed to scare them. Writers like Edgar Allen Poe, H.P. Lovecraft, Stephen King, and Clive Barker continue to haunt the popular consciousness. Far longer ago, listeners sat mesmerized by violent, terrifying tales like ‘Beowulf’ and Homer’s Odyssey.”

But people don’t consume horror movies for the fear they engender. Instead, sociologist Margee Kerr told The Atlantic, it’s the release of adrenaline, endorphins and dopamine that results when a scary scene watched in safe surroundings triggers our fight-or-flight response. Our brain’s nearly instant processing of the movie’s depicted threat causes it to quickly realize the danger is illusory. The resulting tension release can make even the most shocking, goriest scene addictively fun for some viewers.

Jonesing for a little terror this Halloween season? Here are a few of the scariest cinema scenes that have made audiences jump in fright through the ages.

Most mentions of the scariest scenes from this 1922 silent-film-era horror masterpiece point to the shadow of Count Orlok climbing up the stairs or when he is revealed as a vampire to our hero, Thomas Hutter. We beg to differ—there’s nothing creepier to our modern sensibilities than when we glimpse Orlok staring at Hutter’s wife, Ellen, through the window. His desire is rapacious. His appetite is ravenous.

Invasion of the Body Snatchers-pod reveal

This film noir horror classic from 1956 features an alien invasion centered on plantlike pods that grow copies of the humans near them. The film doesn’t just play on our fear of epidemics, it also triggers something called the “uncanny valley,” a phenomenon in which objects like robots or, in this case, alien body replacements, that look not quite human causes revulsion in the viewer. In this scene, Dr. Miles Bennell discovers how the human replacements are created.

Here we have a sharp-toothed, bony-tailed baby alien explodes gloriously from Gilbert Kane’s chest while the guy was happily getting his feast on. The scene included real guts from a butcher shop and none of the actors knew what was about to happen. A legendary movie scene is born.

Twilight Zone The Movie-gremlin on the wing

This 1983 movie remake of a TV short replaced William Shatner with John Lithgow. How much more helpless can a person feel than when he is hurtling 30,000 feet above the earth at hundreds of miles per hour in a metal tube? When he looks out the window to find something—An alien? A supernatural creature?–engaged in eating the jet engine. This clip certainly brings up more questions than it answers. Isn’t there a better way to get your diet of metal than chasing down a commercial aircraft in mid-flight? Is that really what happens when you shoot bullets through said aircraft? Can you really have a meaningful tête-à-tête with an alien/supernatural gremlin while the airplane is still flying and your body is hanging half out the hole in the fuselage you just created?

Poltergeist-keep an eye on that clown

Parents of moviegoers of a certain age, including your correspondent, should probably have not allowed their children to see this and the next movie. It may have scarred them for life. So many scenes from the 1982 movie still bring a chill up the spine: Carol Anne’s voice coming through the TV, the maggot-infested meat leading to face removal, the skeletons rising up from the hole where the family was going to build their pool. Ahh, good family fun. Perhaps the most long-lasting trauma, though, came from the clown doll scene. It should be noted here that your correspondent lived in a house outfitted with a similarly shaped and sized clown. Long story short—several weeks of sleeping with head under covers and that doll was thrown into the trash.

The Exorcist was terrifying. Just watch the whole thing.

Some people give 1999’s The Blair Witch Project a bad rap, mostly for it’s reliance on shaky camera shooting to instill anxiety in the audience. Maybe that’s a cheat, but the whole thing is an exercise in narrative construction that leads to the final shot of the movie. We think that’s pretty interesting. And the movie’s creators developed a great marketing plan that included a mockumentary and posters that added to the legend the movie relied upon and the whereabouts of the cast.

The most artful and beautiful movie on this list, 2006’s Pan’s Labyrinth was a masterful fantasy created by Mexican filmmaker Guillermo del Toro. In this suspenseful and terrifying scene, the heroine Ofelia must take a dagger from the lair of the Pale Man, a child- and fairy-eating monster. She’s told not to eat anything during her mission, but she can’t keep herself from sampling a bounty on the table. This awakens the Pale Man, which isn’t a good thing. You’ll glimpse him at the 1:54 mark.

Like The Exorcist, this one from 2013—as well as its 2016 sequel—has plenty to get that adrenaline going. This one, called the hide and clap scene, gets the heart thumping, makes the hairs on the back of your neck stand, and pretty much the full menu of fight-or-flight responses. Go ahead, watch it in a dark room with nobody else home. Good luck falling asleep.

TAGSIt Nosferatu The Conjuring The Exorcist