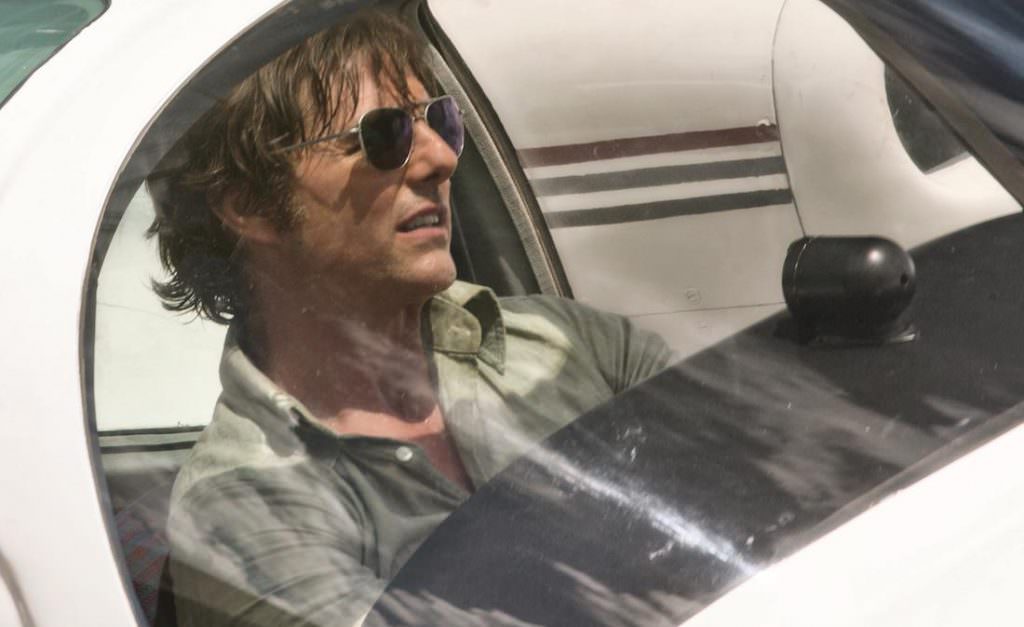 Tom Cruise’s American Made Continues our Fascination With American Outlaws

For commercial aviation pilot Seal, his shift into more feckless operations began after flying on reconnaissance missions in South America for the CIA, when he became a courier between the agency and Panama’s Manuel Noriega. This led to the Medellin cartel using Seal to ferry cocaine to the US, which the CIA generously condoned, but which the DEA did not, sending Seal into hiding in Arkansas. He came out of retirement to run guns, again for the CIA, to the Contras, but when the operation ended, the agency left him to his own devices to deal with the DEA and the FBI. We’ll avoid discussing Seal’s fate for those unfamiliar with the former pilot’s biography. But like the men who came before him, whether things work out seems to be inversely contingent on how close our hero flies to the sun. And Seal’s dubious missions brought him dangerously close.

In the pantheon of mid to late 20th century real life antiheroes just trying to get rich by any means necessary, and enshrined by Hollywood for their efforts, Henry Hill of Goodfellas stands out. Martin Scorcese’s 1990 adaptation of the nonfiction book Wiseguy depicts the rise of Hill (played by Ray Liotta), a truly committed mobster. In a period spanning 1955 to 1980, Hill’s airline heists and aid in covering up other associates’ murders give way to prison, cocaine trafficking, further jail time, and pennilessness. Most of it, in Goodfellas, looks like a pretty good time, up until the mobster’s downfall, when he realizes one of his own associates plans to have him killed. The party ended when this forced Hill to enter the Witness Protection Program and, as he put it, live the rest of his life like a “schnook” (albeit not a clean one; in real life, after the movie ended, he was arrested in 1987 for narcotics conspiracy). But as with Seal, the ride sure is a hoot, until it abruptly crashes.

More so than Goodfellas, the most obvious comparison to American Made is Blow (in which Ray Liotta happens to play the anti-hero’s father). As George Jung, the smuggler who in real life likely brought far more of downtown’s favorite upper to the US than Seal ever did, Johnny Depp makes the rags-to-riches-by-any-means-possible arc seem like a thrill, right up until it leads to prison, and worse, a genuinely heartbreaking family rift. The real Jung was released from prison in 2014, although he was sent back for a month sometime in 2016 for violating his parole.

The parallels between American Made, Goodfellas, and Blow are easy to draw — cocaine, cartels, a lot going down in the 1970s. But Liman’s work can be viewed as part of a bigger tendency. It is arguable that The Social Network and The Founder depict similar, if more legal, efforts by outsider types to make it big by offering products of dubious moral value. When considering Facebook and McDonald’s, the respective endeavors of the protagonists of each of those films, fake news and obesity spring to mind at least as fast as their intended output, information and nutrition. And when compared simply to antihero tropes, American Made also joins movies like Raging Bull — Scorcese’s adaptation of the story of the recently departed Jake LaMotta, a self-destructive boxer who loses it all — and the director’s film Taxi Driver. That picture’s disturbed main character, Travis Bickle, was partly based on Arthur Bremer, who attempted to assassinate Democratic presidential candidate George Wallace. In a case of life imitating art imitating life, the 1976 movie’s plot came dangerously close to reality when John Hinckley, Jr., in an attempt to gain the attention of Jodi Foster, attempted to assassinate Ronald Reagan.

Perhaps that’s where the real comparison lies. While the subject of American Made joins a host of movies that celebrate various forms of the American outlaw, for its director, the film aligns Liman with the best of Scorcese’s body of work.