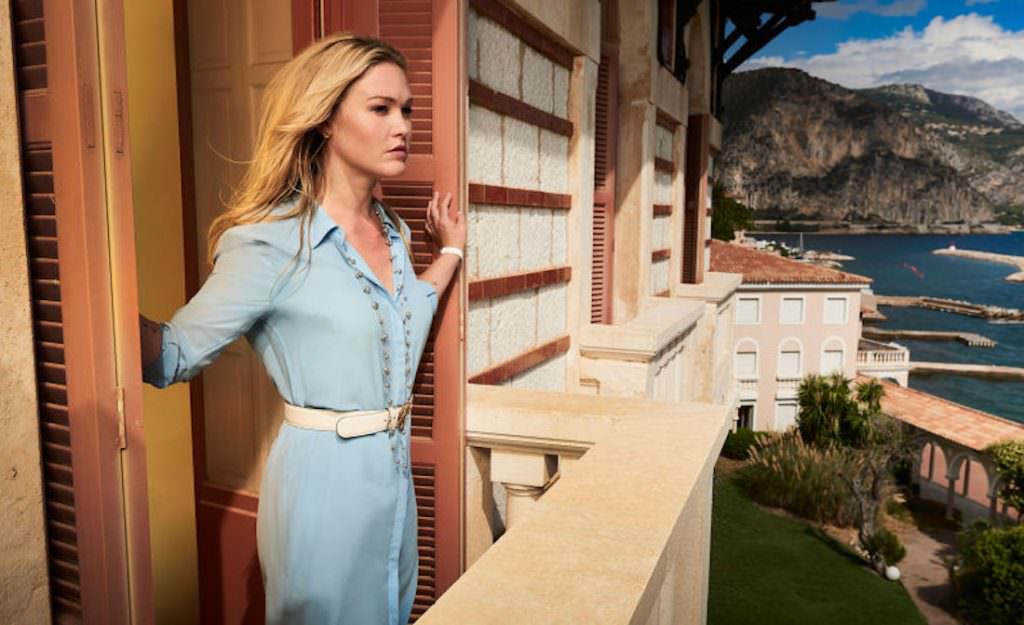 Boasting a resume that includes Peaky Blinders, BAFTA Award-winning London Spies and gritty indie High-Rise, British cinematographer Laurie Rose shoots most of his projects in overcast England. But not long after he spent six weeks in a dank British warehouse working on claustrophobic shoot-em-up Free Fire, Rose spent last summer in the sunny south of France filming the first two episodes of Riviera.

“I got to live on the Riviera for ten weeks!” Rose says via Skype from his home in Brighton, England. “Having shot so many things in grey Britain, that was a real luxury for me.” Oscar-winning filmmaker Neil Jordan’s ten-episode thriller, which debuts Thursday (Sept. 14) on the Sundance Now streaming service, follows a dead billionaire’s widow (Julia Stiles) and ex-wife (Lena Olin) as they get entangled in fraud, treachery and murder. Filmed in and around Monaco, Rivera revels in its deluxe milieu to emerge as arguably the best- looking new TV show of the season.

Before production began, Rose and German director Philip Kadelbach traveled for five weeks along the Mediterranean coast of France scouting villas, yachts, villages and other picturesque locations as backdrop for the characters’ dysfunctional behavior. “It’s easy to find glamor in these amazing sun-drenched landscapes of the Riviera, where you have all these rich colors and the greenery really pops,” Rose says. “But for Philip, this was not just about the beauty and luxury of these places. We set up the visuals very purposefully to look at this soul-less world of slightly obscene wealth with a touch of detachment.”

Shaping the sumptuous tableaux of Riviera, Rose took inspiration from Jean-Luc Godard’s 1963 Brigitte Bardot film Contempt. He says, “There’s a a graphic quality to the compositions and not a lot of camera movement, which make the story less emotionally engaging as opposed to getting very close and intimate with the camera. There’s a lot of that influence in Riviera.”

Rose and Philip also took a close look at Italian director Paolo Sorrento’s 2013 Oscar winner The Great Beauty. “That movie soaks up this beautiful European architecture at the same time capturing the unhappiness of people involved in a seemingly glamorous lifestyle,” Rose says. “That was a very good reference for us.”

Rose used Alexa XT cameras fitted with Zeiss Super Speed lenses from the ’80s to underscore the decadence simmering beneath Riviera‘s glossy surface.  Rose explains, “The sensor can handle a lot of contrast because I wanted to capture lots of details in the shadows, but I also got a lot of sharpness by pairing the camera with the Zeiss lenses. Ordinarily, if you deal with sun and beautiful people, you make the sun very soft, but Philip was keen to show our characters, especially the women, in harsh shadows.”

One of the most picturesque scenes in Riviera happens early on when Rose uses a tracking shot to depict the idle rich relaxing around a massive swimming pool. “With all the beautiful women they cast, that was my nod to Duran Duran music videos from the 80,” Rose says. “The location just sort of threw itself at us. I looked for the most minimal, graphic straight line, traveling from right to left to show one of the character’s arrival. Then we close in on the guy and he’s being yelled at by his mother.”

The sequence exemplifies the misery-loves-luxury dynamic that drives the action throughout Riviera. Rose notes, “You can be seduced by how gorgeous these locations are, but we really wanted to pick and pick at the skin of what this story is really about. Even though they’re constantly wrapped in this lush world of privilege, you’ve got horrible people doing horrible things. That’s where you find the real drama.”