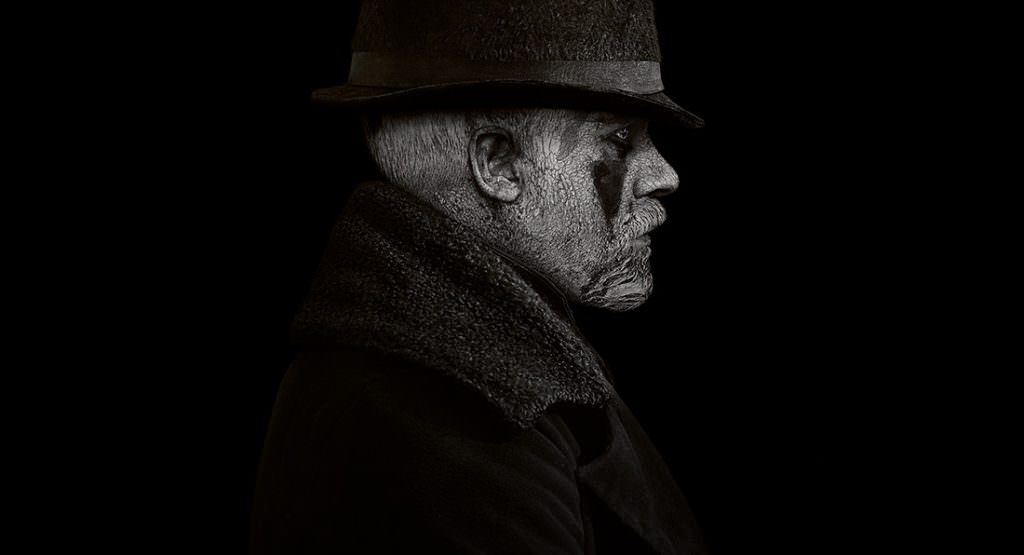 When cinematographer Mark Patten got hired to shoot Tom Hardy's moody 19th century period thriller Taboo, he immediately invited Danish director Kristoffer Nyholm to check out British masterpieces at London museums. "I took Krisotoffer to see landscape paintings by William J. Turner, who was painting the Thames at the time of our story," Patten recalls. "We wanted to understand the way the light looks and start with that knowledge about the river because it gives so much life to Tom Hardy's character. How do you translate that kind of imagery and make television look cinematic? For me, that was the challenge."

Alternately gritty and gorgeous, the FX show, renewed for a second season, follows Hardy's brooding mystery man James Delaney through the squalid streets of London in 1814 after he returns from a secretive decade in Africa seeking revenge on those who wronged his dead father.

To convey the Hardy's character brooding visage, Patten studied 18th century portrait painter Goya and 17th century Italian artist Caravaggio for their masterful manipulation of light and shadow. "Caravaggio did all his paintings having a directional light source coming from the window so blacks go really black," says Patten, who shot interiors illuminated by candle light augmented with hidden LED fixtures. "He'd have his subjects standing out of the black, and that's something we wanted to emulate by borrowing from these Old Masters."

A protégé of the show's executive producer Ridley Scott, Patten previously filmed TV commercials for RSA Films, worked second unit on The Martian and shot sci fi feature Morgan for Scott's son Luke. As sole cinematographer for Taboo, Patten teamed with writer-producer Steven Knight, co-director Anders Engström, costumer Joanna Eatwell and production designer Sonja Klaus. "I wanted to put a big stamp on the visuals and luckily, everybody ran with it. We all talked about capturing this darkness. We wanted to get down and dirty because that's how it was at that time, or at least that's how I imagine it. As DP, I wanted to push this story from Tom Hardy's point of view, seeing what London looked and felt like during this time."

The Taboo team presents old London as a bustling provincial capital defined by the foggy Thames River, dank domiciles, pig sties, muddy thoroughfares and open-air butcher shops, with occasional detours to the posh Regency-era offices occupied by the East India Company. Patten, speaking from Croatia toward the end of a 20-week TV shoot, says he often aimed his camera at Hardy, in his top hat and cape, to frame the star as a man literally burdened by guilt over his past misdeeds. "Both directors, Anders and Kristopher, were very strong about the idea that the weight of this story rests on James Delaney's shoulder. As he glides through all these scenes, meeting characters, sometimes seducing them, the concept was that the camera has to be on his shoulders at all times."

Patten shot a few rough-textured flashbacks with a hand-held DSLR camera but filmed the rest of Taboo on ARRI Alexa digital cameras outfitted with Panavision Primo spherical lenses widely used on '70s-era films. In homage to the period, Patten modeled one misty morning shoot-out between gentlemen after a sequence in Ridley Scott's elegant 1974 costume drama The Duellists. "For a lot of scenes, like the duel, I liked to shoot wide and establish the setting," Patten explains. "From there, I can let the story breathe within that tableau."

Alternately gorgeous and gritty, Taboo breaks ranks with the genteel palette generally associated with costume drama traditions. Patten says, "I didn't want to find some kind of middle ground; I wanted to really push the aesthetic. It might not be everybody's cup of tea but the show definitely looks different, and that's what I set out to do: I wanted to capture a world that pre-dates modern London and make it feel like eight hours of cinema."