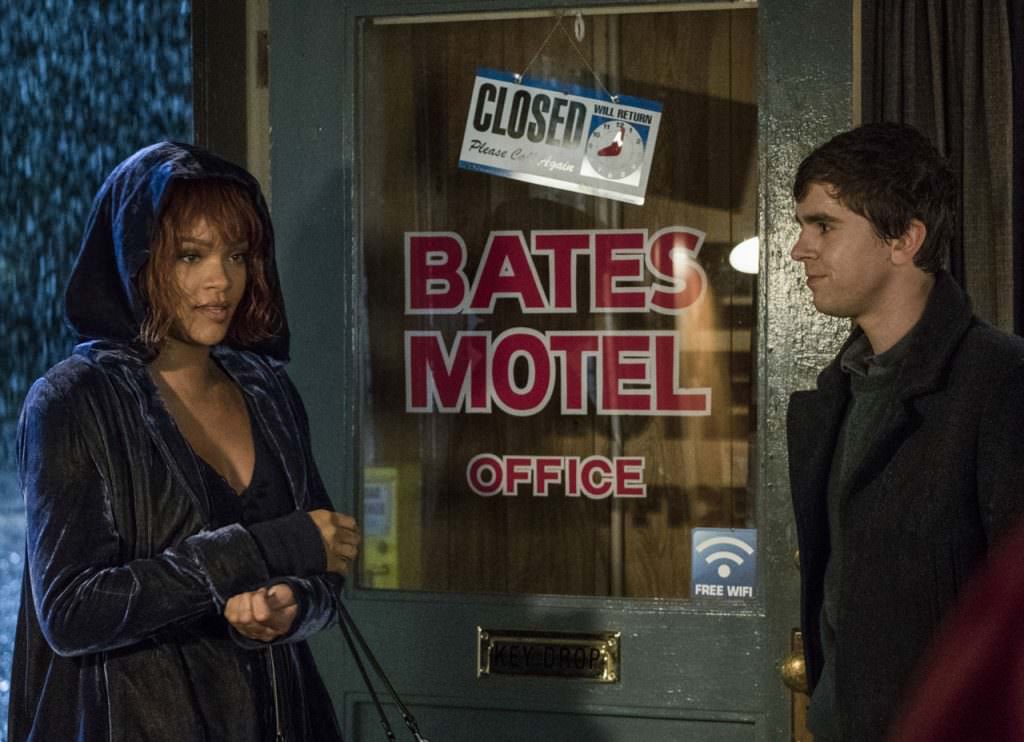 A&E’s Bates Motel has had a great run, and now season five is adding a global superstar to their cast. Rihanna is joining the cast as the iconic Marion Crane in the show’s final season.

Bates Motel is the contemporary prequel to Alfred Hitchcock’s Psycho, providing fans with a glimpse into how Norman Bates (Freddie Highmore) became the monster that we met in Hitchcock’s iconic 1960 film. This descent into madness finally reached the transformational moment that viewers knew was coming—when Norman murdered his beloved mother, Norma (Vera Farmiga) at the end of season four.

Season five picks up almost two years later and finds Norman living a double life. On the surface he appears to be a thoughtful member of the White Pine Bay community. Roiling below, however, is the murderer who dispatched his own mother, who is now haunting his fractured mind. Dylan Massett (Max Thierot) and Emma Decody (Olivia Cooke) left White Pine Bay without knowing that Norman had killed Norma, but you know that can’t last. In season five, they’ll be drawn back into Norman’s gruesome orbit. Alex Romero (Nestor Carbonell) is also going to be a major player in season five, wanting nothing more than to destroy his stepson and avenge Norma’s death.

Here’s where Rihanna fits in—as Marion Crane, she threatens to unlock Norman’s secrets. She’s not the only one who will cause trouble for Norman; the couple Madeline Loomis (Isabelle McNally) and her husband Sam (Austin Nichols) and Sheriff Dana Greene (Brooke Smith) also get caught in Norman’s life. Season five should be epic.