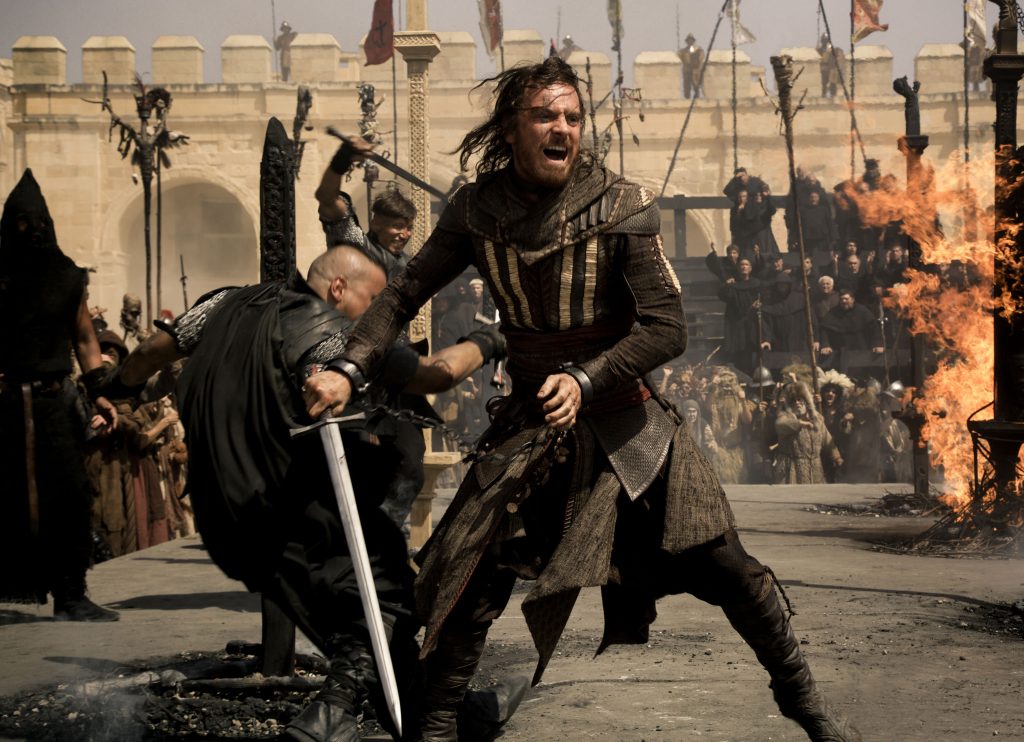 We've written before about how Justin Kurzel wanted to ground as much of his film Assassin's Creed in reality, using "in-camera" stunts from some of the best stunt performers in the business. Kurzel's committment to flesh-and-blood actors peforming death defying feats is one reason we think he might be one of the few filmmakers able to take a video game franchise and adapt it into a wholly realized film, one that functions on its own terms. We showed you the historic free fall pulled off by Michael Fassbender's stunt double, Damien Walters, in one of the highest free falls in almost 35 years, in a practical stunt worthy of Tom Cruise's Mission: Impossible franchise. "In an era where there's a lot of CGI, we wanted to have as much old-school, real location shoots as possible," Fassbender has said in a featurette about the film.

Kurzel and Fassbender have worked together before—just look at what they did with real the gritty, raw adaptation of Macbeth. As our writer Aubrey Page said of the film, it brought Shakespeare's bloodiest tragedy into the realistic portrayal of war.  "The bone-crunching violence that follows the first scene is relentless, as Macbeth and his army meet foes on the battlefield. Wind-beaten yells that echo over the moors cut through the din of breaking teeth and nails as the men decked in war paint, chainmail and armor spill blood with dutifully dead eyes." It's this depiction of realistic action that you can be sure Kurzel has brought to Assassin's Creed, where Michael Fassbender plays Callum Lynch, a prisoner who is sent back in time by Dr. Sophia Rikkin (Marion Cotillard) to experience the life of his ancestor, Aguilar, an infamous assassin in 15th Century Spain.

Now you can see for yourself what all of this means for Assassin's Creed in this clip. Calling this a "carriage chase" is a bit of a misnomer, considering it involves hand-to-hand combat, leaping from galloping horses and a cliff, but the title will do. What it's expert at is showcasing the incredible stunt work that has gone into the adaptation.