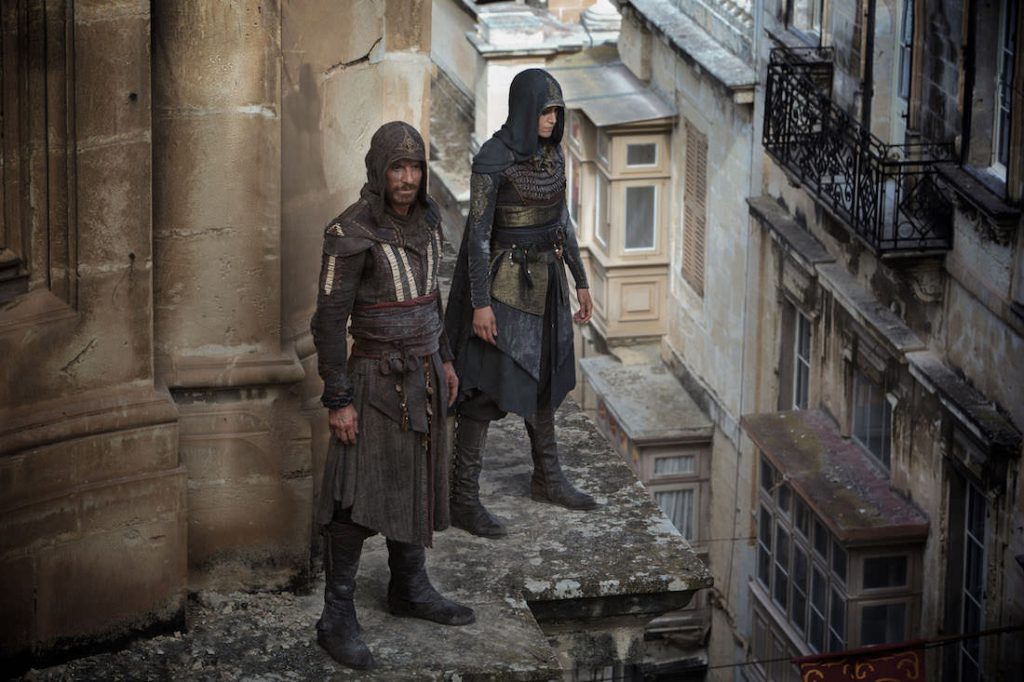 Director Justin Kurzel's Assassin's Creed looks like it might be the film that finally rises from its video game franchise origins into a wholly realized film, one that functions on its own terms. The first hint is how doggedly Kurzel and his team have worked to make the action grounded in reality. We showed you the historic free fall pulled off by Michael Fassbender's stunt double, Damien Walters, in one of the highest free falls in almost 35 years, in a practical stunt worthy of Tom Cruise's Mission: Impossible franchise. "In an era where there's a lot of CGI, we wanted to have as much old-school, real location shoots as possible," Fassbender says in the featurette.

And in Kurzel, Fassbender has a director who has already shown what he can do with real location, in-camera big action set pieces; look no further than his gritty, raw adaptation of Macbeth. As our writer Aubrey Page said of the film, it brought Shakespeare's bloodiest tragedy into the realistic portrayal of war.  "The bone-crunching violence that follows the first scene is relentless, as Macbeth and his army meet foes on the battlefield. Wind-beaten yells that echo over the moors cut through the din of breaking teeth and nails as the men decked in war paint, chainmail and armor spill blood with dutifully dead eyes." It's this depiction of realistic action that you can be sure Kurzel has brought to Assassin's Creed, where Michael Fassbender plays Callum Lynch, a prisoner who is sent back in time by Dr. Sophia Rikkin (Marion Cotillard) to experience the life of his ancestor, Aguilar, an infamous assassin in 15th Century Spain.

In this new featurette, Kurzel explains how determined the team was to make audiences believe this world, and these characters, actually exist. A big part of the Assassin's Creed alure will be the parkour elements—scenes of Aguilar and his fellow assassins (and their pursuers) running atop, jumping across and plummeting off the cathedrals and buildings of 15th century Spain are a massive draw.