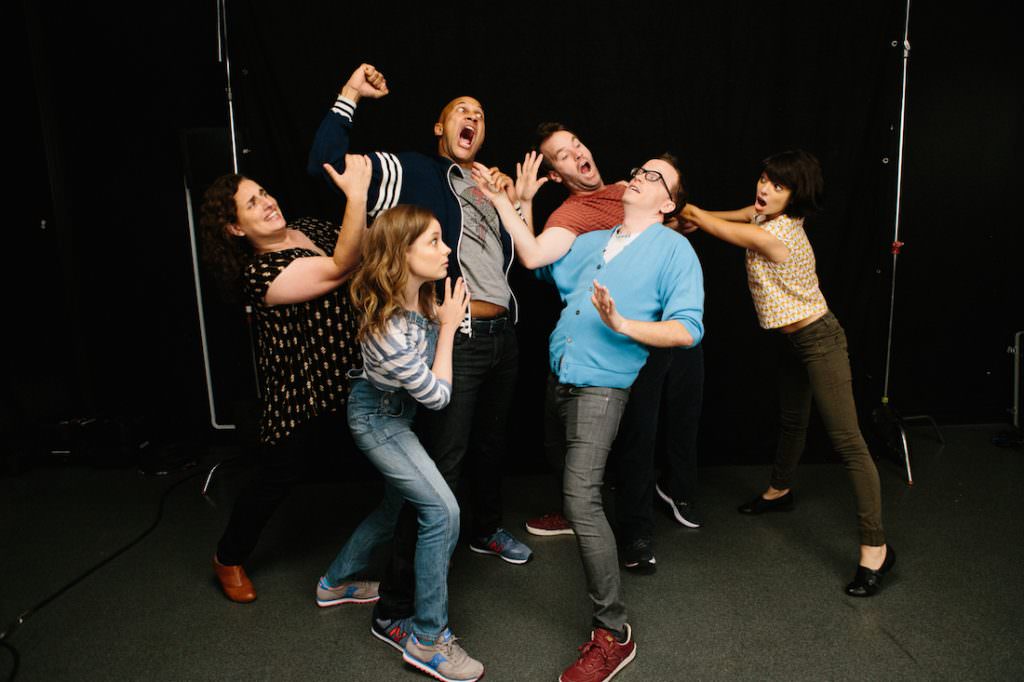 Mike Birbiglia's Don't Think Twice is about a popular New York City improv troupe and what happens when one of them, just one, gets cast on a hit TV show. The group, best friends all, begin to realize that success and fame aren't likely to touch every one of them, and one member's triumph begins to look like everyone else's failure.

Birgbiglia made his mark at Sundance a few years ago with Sleepwalk with Me, a semi-autobiographical film about a struggling comedian and his troubled relationship. Don't Think Twice is a bigger film (it's an ensemble with a hugely talented cast), and from a peek at the film's new, hilarious promo on Funny Or Die, it's officially on our radar as a must-see.

First, that cast: Gillian Jacobs (Community), Keegan-Michael Key (Key and Peele), Kate Micucci (Garfunkel and Oates), Chris Gethard (Broad City), and Tami Sagher (Inside Amy Schumer)—this is a comedy lover's dream. The conceit of this promo is that the producers of Don't Think Twice are demanding that the cast create a viral video to whip up awareness and excitement over the film. Only, how does one create a viral video just like that? And what happens when you catch the 'viral video virus,' when you can't help but say the meanest thing and don't even realize you're doing it?

Watch these very funny people wrestle with this in this hilarious promo, and then visit WhereToWatch to find out where the film is playing near you.