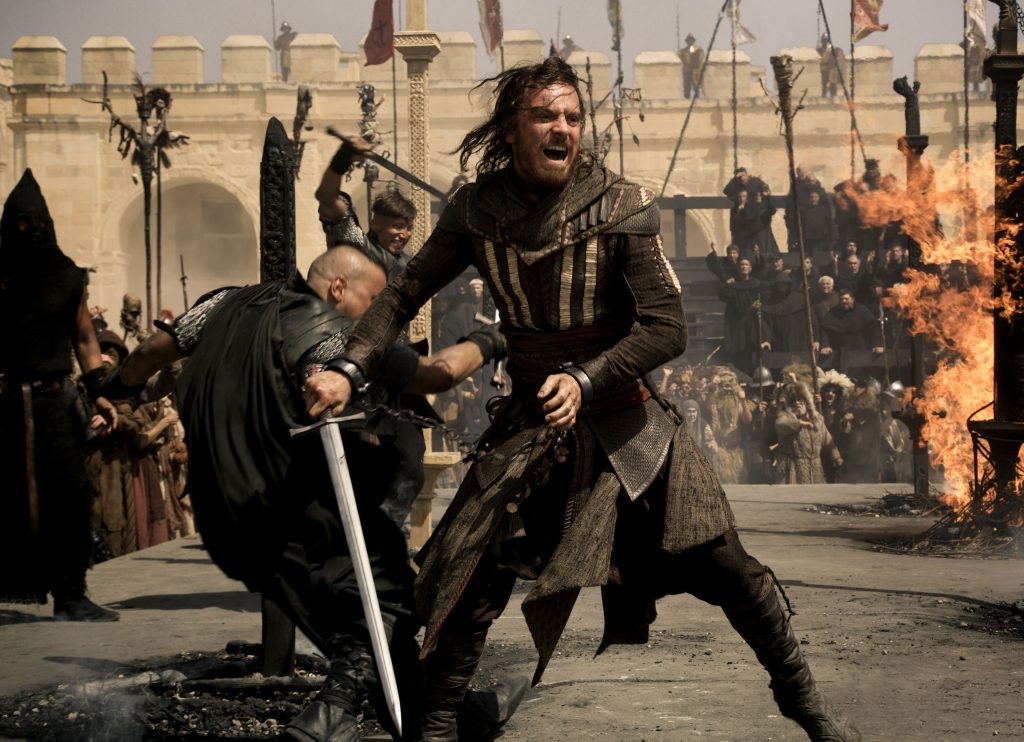 It's actually hard to watch. Michael Fassbender's stunt double in Assassin's Creed pulls off one of the highest free falls in almost 35 years. Stunt performer Damien Walters is one of the best in the business, which is why they trusted he could pull off this death-defying feat successfully. Director Justin Kurzel wanted to ground the action of Assassin's Creed in reality as much as possible, which meant that the "Leap of Faith," a major moment in the film where Fassbender's assassin Callum Lynch is trapped and needs to take a 125 foot plunge to free himself, was going to be done for real. No CGI, no multiplying a 25 foot jump in post-production—this is the real deal.​

Kurzel's adaptation of Macbeth was so astonishing partly for his commitment to getting down in the muck with real action. Bringing back his Macbeth stars Michael Fassbender and Marion Cotillard for this adaptation of the popular video game series was a good start. Fassbender is your central character, Callum Lynch, a prisoner who is sent back in time by Cotillard to experience the life of his ancestor, Aguilar, an infamous assassin in 15th Century Spain. Joining Fassbender and Cotillard are a gangbusters supporting cast; Michael K. Williams (The Wire), Jeremy Irons (Batman v Superman, The Borgias), and Brendan Gleeson (In Bruges, Edge of Tomorrow). What has us most excited, however, is this commitment to real stunt, the very "in-camera" effects that have made recent films like The Force Awakens so fun.