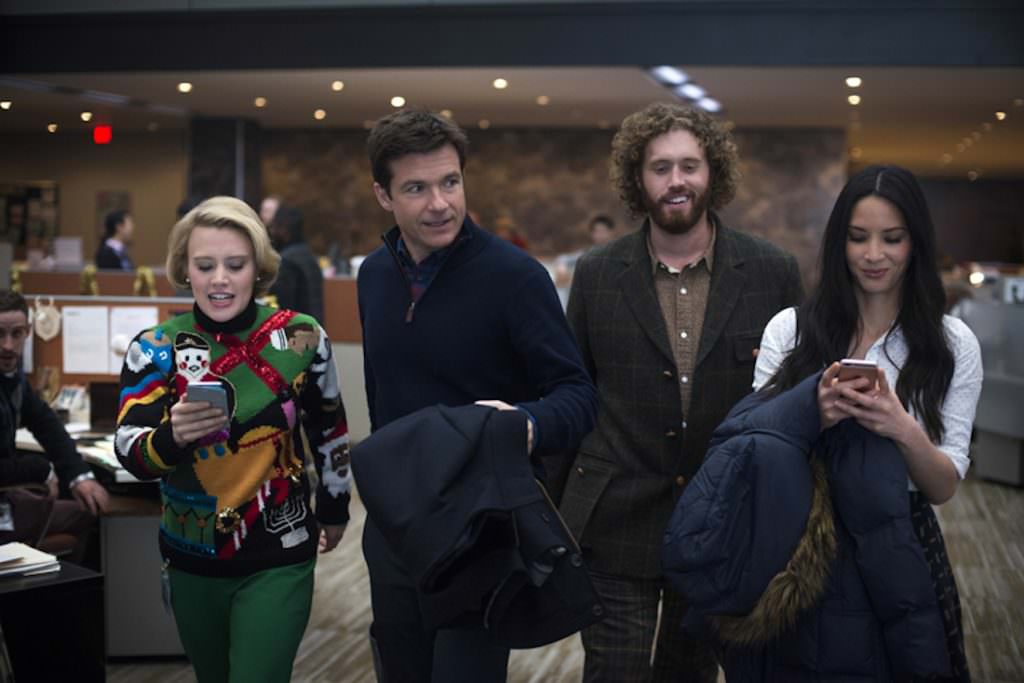 When we told you about the first trailer for Paramount's Office Christmas Party, the thing we couldn't get over was the cast. Jennifer Aniston, Jason Bateman, T.J. Miller, Kate McKinnon, Olivia Munn, Vanessa Bayer, Jillian Bell, Jamie Chung, Rob Corddry, Abbey Lee, Karan Soni, Courtney B. Vance and Matt Walsh—that's a party we want to attend. Directed by Josh Gordon and Will Speck (Blades of Glory), and scripted by Lee Eisenberg and Gene Stupnitsky (Bad teacher) and Laura Solon (Hot in Cleveland), Office Christmas Party has all the ingredients to become a sneaky December comedy smash.

Paramount sent some shirtless men, Santa and some dancing reindeer into the offices of Fandango and MoviePilot to celebrate 'Christmas in July,' and, naturally, tease the upcoming film. We've got the video below.

Office Christmas Party will come barreling into theaters on December 9, 2016.