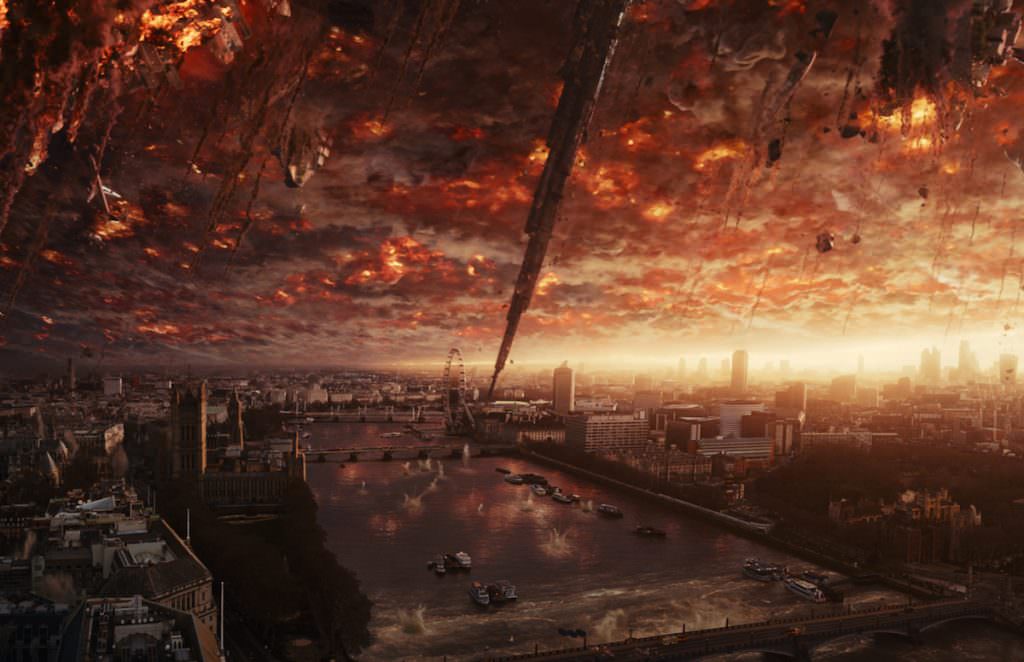 The Fourth of July might unfortunately be behind us this year, but the effects of Independence Day: Resurgence will be felt in New Mexico for quite some time. The very, very belated sequel to the 1996 action-packed alien invasion film did wonders for the local economy by producing more than $44 million for the state.

The summer blockbuster spent a whopping 158 days filming on location in New Mexico, – specifically Albuquerque Studios – an attractive location for any production thanks to the state’s competitive tax-incentive program.

“The numbers reflected here demonstrate the very meaningful impact that the film and television industry has on the New Mexico economy – and just how deep that impact goes,” said Nick Maniatis, the New Mexico Film Office director.

According to Twentieth Century Fox, the film hired about 5,750 local workers who received more than $19.4 million in wages. During its 158-day stay in Albuquerque, Independence Day: Resurgence also contributed to the city’s local businesses and spent more than $3.72 million on hardware and lumber supplies, $1.26 million on wardrobe and $1.27 million on catering and food.

When the state’s Film Office announced in April 2015 that the movie would partially be shot in New Mexico, director Roland Emmerich applauded the location.

“With their state-of-the-art Albuquerque Studios, the robust tax-incentive program, the proximity to Los Angeles and, last not but least, its talented cast and crew, New Mexico is a great fit for my movie,” he said, according to an article in the Albuquerque Journal.

Often, a production’s impact goes beyond the numbers (though no one will ever tell you they’re not important), and this is certainly the case for New Mexico. It doesn’t matter that Breaking Bad hasn’t aired a new episode since its epic series finale in 2013, because loyal fans of the show can still take a 20-location RV tour of its significant locations throughout the state. This is to say nothing of the poor fellow who owns Walter White's home from the show—for a spell, fans were tossing pizzas onto his roof, mimicking a famous sequence from the show. Creator Vince Gilligan begged them to stop (as of press time, they have.)

The series inspired the legislation known as the “Breaking Bad bill,” which New Mexico Gov. Susana Martinez approved in 2013. The bill gave featured films 30 percent back on resident labor if using a qualified facility, and 25 percent on all other expenses, according to an article from The Hollywood Reporter.

The series’ impact is what makes New Mexico such a prime location for massive blockbusters like The Avengers and, of course, Independence Day: Resurgence, allowing productions to continue boosting the state’s economy.

“New Mexico’s small businesses and local workers continue to reap the benefits from major productions because of the state’s competitive production tax incentive program, which is thriving under the leadership of Governor Martinez and the State Legislature,” MPAA Chairman and CEO Chris Dodd said.

Independence Day: Resurgence hit theaters June 24, and goes far beyond New Mexico’s borders as it describes the resurgence (obviously) of an extraterrestrial threat facing mankind. Jeff Goldblum returns alongside new-to-the-franchise Liam Hemsworth to try and save the planet with brand-new technology against a familiar foe.