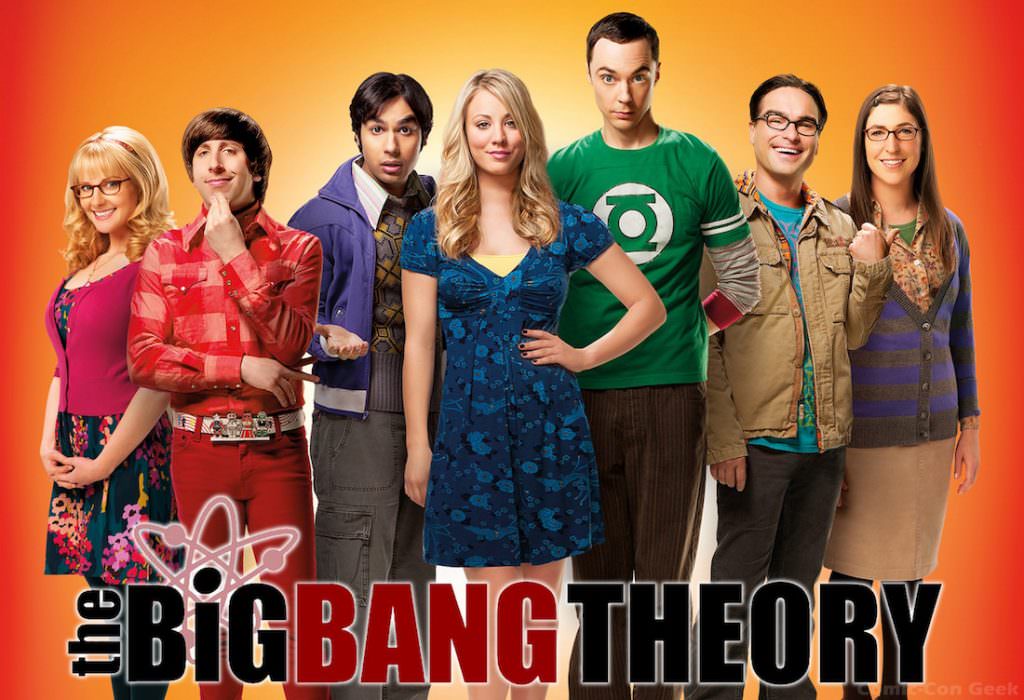 No group is happier to appear at Comic-Con than The Big Bang Theory writers. “This is our Coachella,” Tara Hernandez told the audience filling one of Comic-Con’s biggest venues. The writers and producers appeared on a panel with their real-life science consultant, David Saltzberg, moderated by actress Melissa Rauch, who plays Bernadette.

The characters in The Big Bang Theory are passionate fans of the same comic books, movies, television series, and games that bring over 100,000 fans to San Diego every year for Comic-Con. Many scenes in the show take place in a comic book store, and the characters even tried to go to Comic-Con in one episode. They never made it, though, as the writers explained, only because filming at the sprawling and crowded event would be too complicated.

The writers are happily nerdy themselves and their own lives inspire some of the storylines. On the show, Penny did not remember her husband’s birthday. That happened to one of the writers, as he explained to the crowd. Saltzberg tried to console him: “Since there are a non-integer number of days in a year, she may be celebrating a more accurate anniversary of the actual moment of your birth.” It was like dialog for the show was being created on the spot.

The writers and producers clearly enjoyed being among people who shared not just their love for the show but their love for fanboy passions of all kinds. Hernandez, a Harry Potter fan, described her own personal sorting of the show’s characters and writers into the appropriate houses of Hogwarts and her recent Pokemon Go discovery when she was home with the flu.  The writers loved having a chance to work with their childhood idols like Bob Newhart and Leonard Nimoy, who made guest appearances. “I stood in line to get George Takei’s autograph when I was 12,” said executive producer Bill Prady.  “When he was on the show, I got another one.”

The most unusual encounter with a celebrity came from the episode where a legendary van the characters borrowed broke down on the way to Comic-Con. The script called for Howard and Raj to sing the Queen song “We Will Rock You,” with changed lyrics to “We will percussive shock you.” The problem was that Queen is famously unwilling to license their songs and never allows anyone to amend the lyrics. It seemed hopeless, until co-producer Chuck Lorre remembered that former Queen musician Brian May is now Dr. Brian May, a physicist. They reached out “science show to science show,” and May agreed.

The writers gave the audience some news about the tenth season, premiering on September 19. Amy has a new research project involving mice sex, inspired by a real neuroscientist one of the writers met. Sheldon and Amy, co-hosts of the “Fun With Flags” webcast, will attend a flag convention. The new season might have more about the notorious shlock film Penny starred in with Will Weaton, “Serial Apeist.” Leonard and Penny are going to have another wedding ceremony, so their families can attend.  Katey Sagal will return as Penny’s mother. They announced that 30 Rock star Jack McBrayer has been cast as her ex-con brother and he made a surprise appearance on stage, to the cheers of the crowd.

The writers’ affection for their characters and for each other made it clear why the show continues to be one of the most popular series on network television. “We try to make each other laugh,” said producer/writer Eric Kaplan. “If a joke doesn’t work, we can bury it in the proverbial cornfield behind the writer’s room. We can fail safely.”