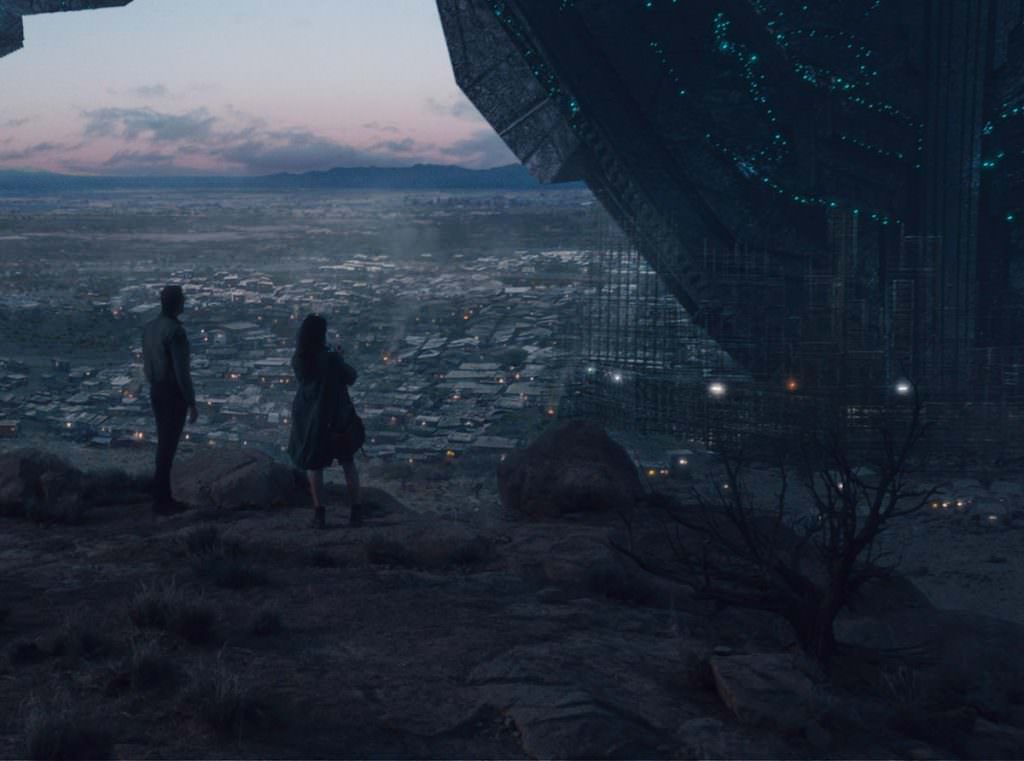 In every new Independence Day: Resurgence trailer or clip, the world has been in the process of being annihilated. So it's nice, on a Friday morning, to wake up to a little something like this; a David Levinson (Jeff Goldblum) v. Jeff Goldblum (who plays David Levinson) bit of silliness. For you Goldblum fans, this is going to be like manna from heaven. For those fo you eager to see Resurgence this June 24, this at least let's you know that 20th Century Fox is having fun marketing their big summer blockbuster.

Goldblum is one of the key returning players from the original Independence Day, the film that changed the scope and scale of what a summer blockbuster could do back in 1996. Granted, Will Smith's not back, but joining Goldblum from the original are the likes of Bill Pullman, Judd Hirsch, Vivica A. Fox, and Brent Spiner. As we've written before, Resurgence has been rumored to be the second piece of a trilogy by director Roland Emmerich, which means there's a halfway decent chance our heroes don't win, and one of these beloved characters (perhaps even Goldblum) won't make it out of this film alive.