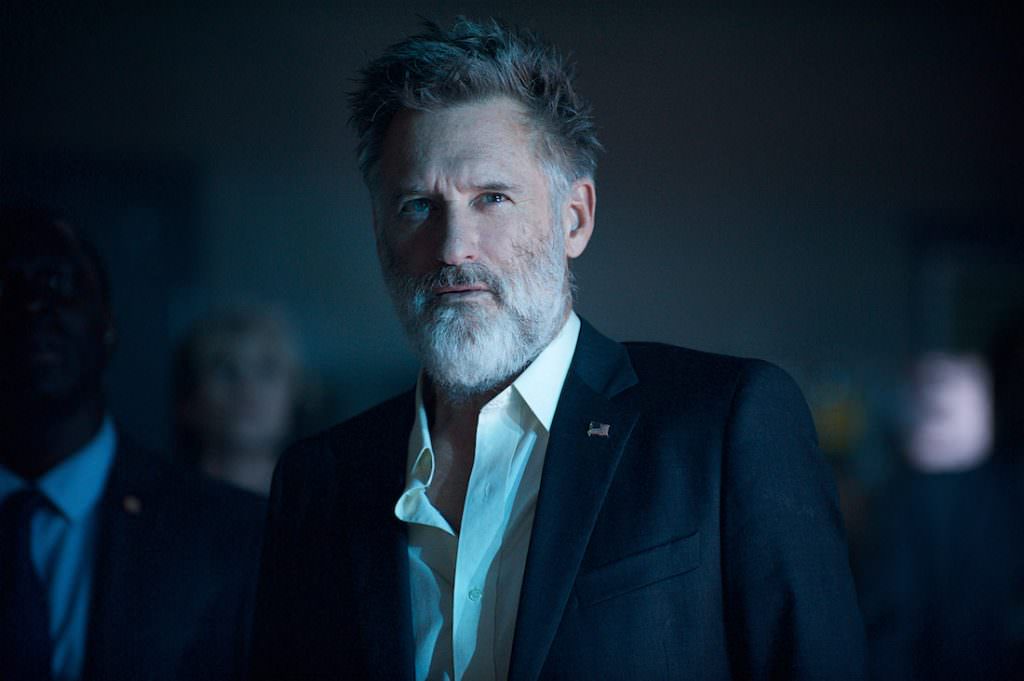 For the first time (and just days before the film's June 24 release) 20th Century Fox has given us a closer look at the biggest, nastiest alien yet in Independence Day: Resurgence.  Pause at the 0:22 second mark and you'll see her (or it)—with a face very much in keeping with the alien pilots we met in Independence Day 20 years ago, only this thing is twenty to thirty times the size.

It's hard to fathom how our human brothers and sisters, played by Liam Hemsworth, Jeff Goldblum, Bill Pullman, Judd Hirsch, Vivica A. Fox, Brent Spiner, Charlotte Gainsbourg, Jessie Usher, Maika Monroe, and Sela Ward, are going to survive this attack. Goldblum's David Levinson created some pretty nifty toys out of the alien tech that was left behind after the War of '96, but if this new, towering alien is any indication, it might not be enough.