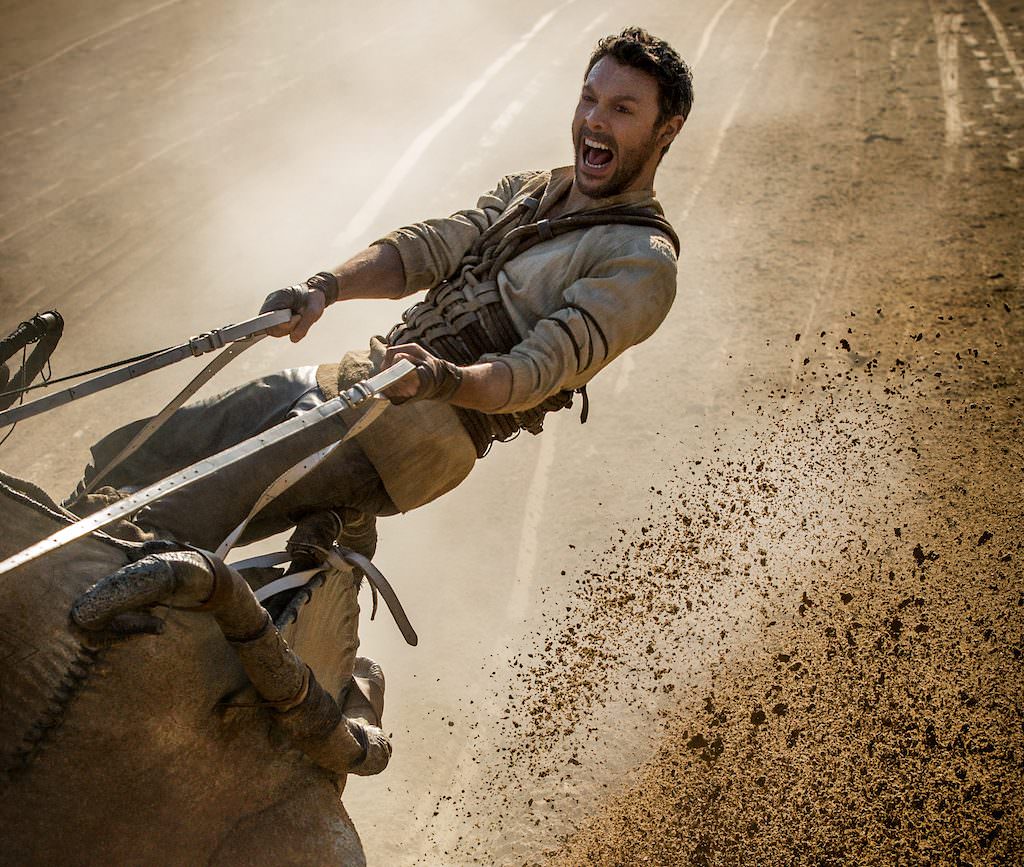 Hoo-boy! Director Timur Bekmambetov (Wanted, Night Watch), a man who knows his way around an action film, sure looks like he had some fun filming Ben-Hur.  Paramount Pictures just released the first trailer for the film, which opens on August 12, and appears to be a visceral remake of the 1959 classic. Ben-Hur is a legendary tale of betrayal and redemption, two themes that should play to Bekmambetov's strengths.

Starring Jack Huston as Judah Ben-Hur, a prince falsely accused of treason by his adopted brother Messala (Toby Kebbell, memorable in one of the great episodes of Black Mirror), this remake has a script from Oscar-winning 12 Years a Slave scribe John Ridley, and looks as taut and brutal as you'd expect. Stripped of his title and forcibly removed from his family and the woman he loves (Nazanin Boniadi), Ben-Hur eventually becomes a slave, until after five years he manages to return home, seeking revenge on the brother who destroyed his family. There's only one way to do that—beat his brother in a deadly chariot race, a blood sport that has made him the pride of Rome.