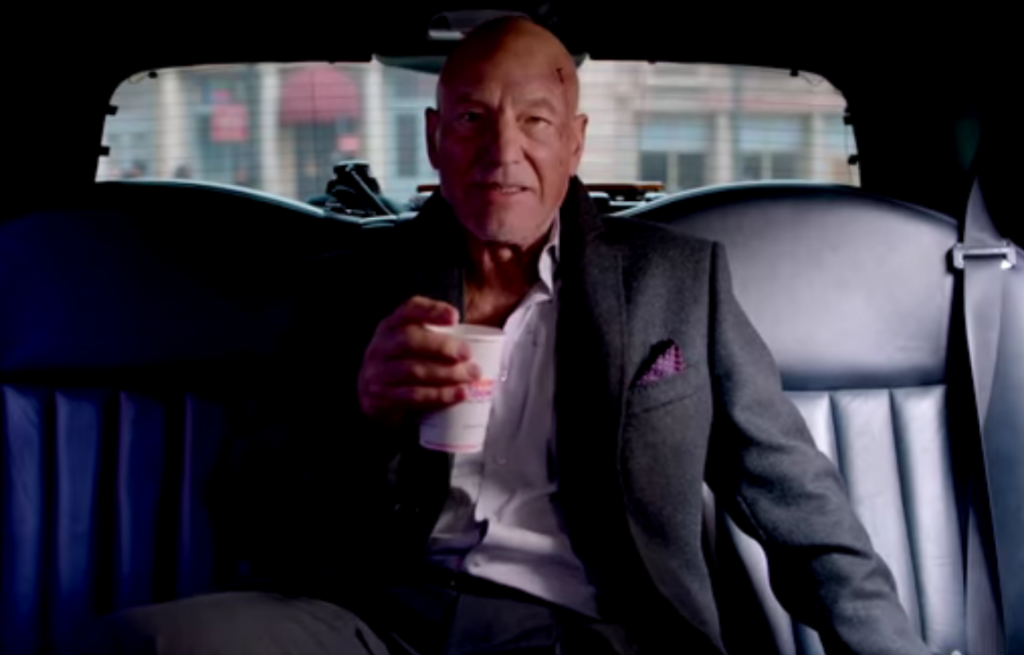 With Thanksgiving neatly in the rearview mirror, the holiday season is officially upon us as it becomes time for holiday cheer and the year’s newest crop of Christmas films. Among them is Mitch Davis’ Christmas Eve, a witty dramedy following the stories of six different groups of strangers trapped inside elevators during a power outage on Christmas Eve. Starring Patrick Stewart, Jon Heder, James Roday and Julianna Guill, Christmas Eve looks to be a funny and cathartic look at life through the lens of the cheery but often stressful holiday season.

For a composer, a Christmas film can be both challenging and exciting, providing as many enlivening opportunities as hard-to-avoid obstacles. To get an idea of the work that went into the composition of such a score, we spoke with Christian Davis, the composer of the film, about the challenges of different genres, how to work outside of the box on a holiday film and his surprising familial ties to Christmas Eve.

So, you have a history of scoring comedies, you’ve done work with Adam Sandler films and such. What are the challenges of working within that genre?

Even within the genre itself, for this example comedy, every film has its own unique challenge or puzzle. A lot of times in comedy, for the joke to land right you have to play it straight musically. If you’ve got a comedic car chase or something, you don’t want to Mickey Mouse it, you want to act like it’s not a farce and that will make it ten times funnier. With Christmas Eve, it’s a bit different than the broad comedies of Kevin James or Adam Sandler. It’s got a lot more drama in it. Obviously it’s got some laughs and some raw comedy, but it’s got a lot of tender, dramatic moments too. The score is half comedy, half drama. So you’ve got some emotional paths on the piano and then we have some scenes that are very upbeat. Plucky strings to put a comedy bent on it as well.

And how do you avoid repeating yourself on scores for similar genres?

When I watch the film, I always think about how I can make it different from the last. Because one thing I hate to do is to keep doing the same score. Even if it’s another comedy, you have to find a unique instrument or sound to make it stand out on its own.

Christmas Eve is a unique challenge because it’s already inextricably linked with Christmas music by nature of being a holiday film. How did you avoid falling into just using standbys?

Christmas Eve didn’t actually start out as a Christmas movie. It was just a dramedy, originally called Stuck, and the plot was still the same, strangers getting stuck in elevators overnight. Shortly before shooting, they decided to change it to taking place on Christmas Eve. They thought it would make it that much more interesting and dramatic. So the film itself is very much a small, intimate dramedy. It’s almost like a stage play. There’s only a few scenes where we’re outside. Most of it is very small and closed off, we’re in these elevators watching the characters interact. As far as the score, I thought at first that since it was  a Christmas movie, we should try to go the more traditional route, but as soon as I saw some of the footage coming in, I knew that was totally wrong. I knew we had to play it as an indie drama rather than a Christmas movie. I thought, ‘How can I make this hip and contemporary indie score while keeping some Christmas magic in there.’ So instead of using a glockenspiel, I found a similar instrument and a similar sound, but different. I wanted to find sounds that were more hip and indie, but still had the same kind of tonality and timbre as sleigh bells or a glockenspiel. That was my challenge, how do I allude to those traditional instruments by using contemporary instruments: a synth, a guitar, a piano.

A lot of the score plays into the small environment. When you’re dealing with these small sets, it can easily feel like a sitcom, like TV. And I wanted it to feel like a film. So the challenge I had wasn’t making the score big, it was gluing the scenes together. It was how can I write one piece of music that can play over more than one scene and not feel awkward. How can I glue two or three scenes together with one piece of music and not draw attention to it. And I think in a sense, it made it a bit more cinematic and maybe a bit less claustrophobic. Gluing small scenes together to make one big scene in a way that wasn’t awkward or distracting.

Christmas Eve is a character driven film in many respects. You talked about lining up with the film’s themes, did you also find yourself led by the characters?

It’s very much a character-driven piece. There’s also themes throughout. Coming to terms with your life — often we’re just so busy going to the next thing: to work, to home, to a party. And we’re checking Facebook, whatever. And then all of a sudden there’s no reception and no power and you’re stuck there for 12 hours, it makes you get a little reflective. There’s a couple different scenarios going on. Patrick Stewart’s this ruthless real estate tycoon and, once he's trapped, he starts to go through this cathartic process of what’s really important in his life, is it the money, the success? He has this poor relationship with his son and he really breaks down and realizes he needs to be a better father. There’s another couple, James Roday and Julianna Guill who are kind of strangers, and it’s a romantic thing in a way. There's another person who’s terminally ill and has just come out of surgery. So there’s themes of redemption, faith, love, heartbreak. I scored the bigger, emotional details of the film rather than each character. And the last 10 minutes is just one big piece of music where all the themes come together in this continuing piece of music as the power comes back on and they go their separate ways.

And at what stage did you see the film?

I was working with the whole film, through the cutting process and test screenings. So I got to see how the audience was reacting to the music. And the filmmakers would shuffle scenes around and I would tweak the score. It was very hands-on for a couple months. From rough cut to final cut, I was in the trenches.

Can you talk about how you found the film and the industry in general?

The writer/director of this film is my father. I grew up with a filmmaker for a father, didn’t really want to be a writer/director, but in high school I got into music. I hadn’t really considered pursuing it professionally, I was actually pre-dental for a while, but it eventually clicked as this way I could join my two loves of film and music. I switched my major to music and then I moved to LA and started my career as an assistant at Hans Zimmer’s studio. And I’ve been freelancing, doing my own scores for four years.

Tell me more about working with your dad.

I’ve been paying my dues for 33 years with that guy. [laughs] My dad, it’s the first time I’ve worked with him. He’s done four or five movies and in the past, I was a teenager or a kid. I was in college during his last one, just never really qualified before. Now I’ve been out and doing it professionally for eight years now, and I think it was finally time for him to try me out. It is kind of a family business. He’s always sending me scripts to get feedback. So I had given him notes on the script long before they ever had funding on Christmas Eve. I’ve been unofficially involved for a couple years. And then he just said, ‘Yeah, of course you’re going to score it.’ It was an easy gig to get.

What do you love about film composing?

The greatest thing about being able to work in film composing is being able to play in your own sandbox and try different things. The two composers that I idolize the most would probably be Hans Zimmer and [Alan] Silvestri. And you look at those guys’ careers, and for Hans Zimmer, you know one day he’s doing The Holiday, a romantic comedy and the next one he’s doing Inception. [laughs] Which are musically so different. And that to me, I look forward to that. The idea of doing the same 10 songs over and over again is not what I want to do. I want to be constantly trying something new, constantly stretching myself.

I’ve done a lot of comedy, right now I’m working on a sci-fi thriller which is totally different. Lots of heavy percussion and big brass, and I’ve dabbled in horror, some thrillers. I haven’t done any sort of animation, that would be really fun. I’d love to try my hand at cartoon music, that could be really cool. I’ve been fortunate so far to do what I set out to do, which is try different genres. I’m always up for a new challenge and a new genre.