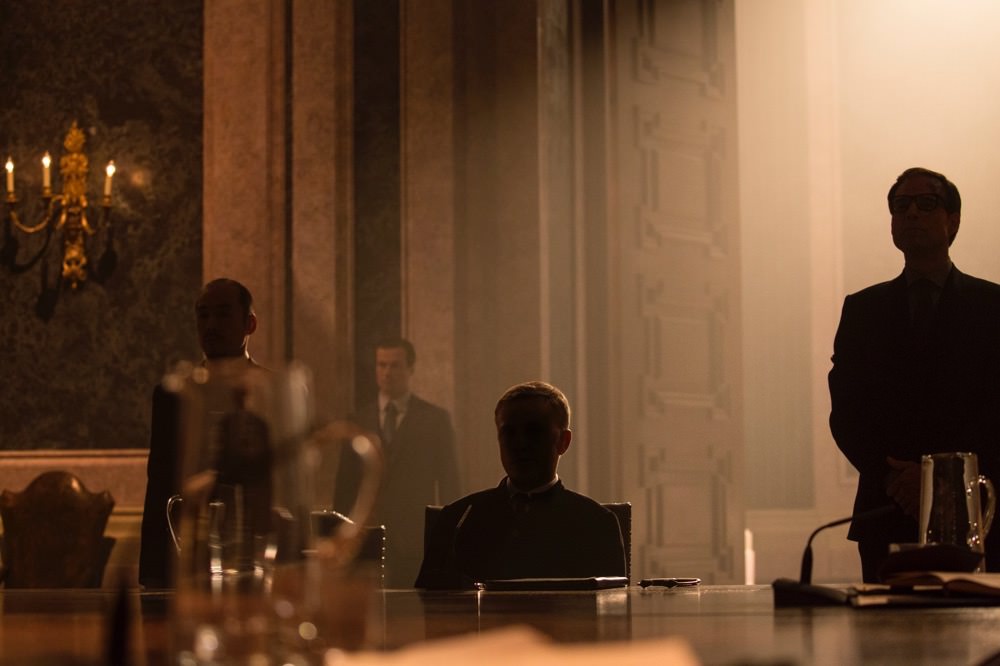 Over the past 50 years, James Bond has racked up a significant amount of enemies. From the relentlessly evil Ernst Blofeld to the easily eliminated Dr No, the international man of mystery is no stranger to high-flying combat and even higher-stakes conflicts.

To keep things interesting, the series has established a well-loved tradition of villainous idiosyncrasies, imbuing each new Bond threat with just the right amount of unique or defining features to make them a bit more terrifying, laughable or both. To honor the upcoming release of Spectre, and Blofeld’s heralded return, we’ve compiled a list of the top 10 Bond villain quirks from Bond’s previous exploits, ranging from the strange, to the obscene, to the decidedly fluffy.

Starring as the titular Man with the Golden Gun, Francisco Scaramanga is a trained trick shot marksman whose career as a personal assassin is assisted by his precise shooting and his diminutive assistant Nick Nack. The nasty and flamboyant trained killer is marked by a characteristic third nipple. Played by the late Christopher Lee, who is actually a cousin of Bond novelist Ian Fleming, Scaramanga’s single-bullet philosophy and strange physical quirks elevates an otherwise largely maligned Bond entry. Who could forget that prosthetic third nipple as Bond’s gadget of the year?

Though technically a Bond girl, Solitaire (Jane Seymour) is a psychic working in the employ of Dr. Kanaga, Live and Let Die’s central mischief-maker, and a tarot card reader whose clairvoyance is dependant on one thing: the preservation of her virginity. Coming from a long line of psychics, Solitaire finds her wisdom in crisis when she continues to pull the “Lovers” Tarot card when Bond is near. Not strange, considering it certainly doesn’t take a fortune teller know that when Bond is around, the time for virtue is almost certainly through.

A villain with a penchant for killer accessories is Rosa Klebb (Lotte Lenya, an actual Bond name if I've ever heard one), principle baddie in From Russia With Love and member of the ever-imposing Spectre, aided by her quick wit and her handy poison-tipped shoes. Klebb’s signature daggered oxfords help to round out her look of deadly efficiency, thanks to an already threatening visage and a flawlessly pressed uniform. A ruthless agent looking to seek revenge for the previously exterminated Dr. No, Klebb is determined to stop at nothing to catch Bond — and wear some truly sharp kicks in the process.

Though that impossibly blonde bouffant might be enough to put Raoul Silva on this list, this Skyfall villain’s biggest tweak is his detachable dental prosthetic, which uncannily hides a horribly disfigured face after an encounter with the horribly corrosive hydrogen cyanide. Though Silva’s biggest impact on Skyfall might be his unabashed flirting with Bond, the shocking reveal of Javier Bardem’s otherwise handsome visage as cavernous and battered is destined to be cemented in the annals of the Bond series (as well as in your nightmares).

The enigmatic and doomed-to-die Renard (Robert Carlyle) claims the title of the only villain to encounter Bond as “already dead” in The World is Not Enough. Ever-sadistic, Renard was first transferred from the Soviet Army to the KGB due to his proclivity for inhumane practices, but when he sustains a gunshot wound in combat, the bullet lodges in his head, dooming him to die as it slowly migrates towards the more critical areas of his brain. The metal disturbance results in Renard’s inability to feel pain, but does not impair his capacity for feeling as he fights to avenge his lover Elektra, with predictably disastrous results.

Head of a syndicate of all-female bodyguards and lover of chief villain Max Zorin, May Day’s statuesque frame and superhuman strength make her an indispensable element of the otherwise middling A View to a Kill. Besides her uncanny ability to lift grown men over her head without so much as breaking a sweat, May Day’s got a penchant for creative kills, including poisoned stage props and car wash attacks. Played by Grace Jones as the terrifying but statuesque force for evil, May Day eventually finds herself playing for the good guys, but that doesn’t dilute her status as one of the most imposing, if ridiculous, Bond villains.

Nefarious member of Janus and in league with super-villain Alec Trevelyan in Goldeneye, Xenia Onatopp is the most literal femme fatale you may ever find, considering her main mode of eliminating enemies is crushing them between her thighs. While mixing business with pleasure is usually discouraged in matters of life and death, Onatopp finds her true calling in her favorite kind of foreplay. Played by the alluring Famke Janssen, Onatopp might make Bond think twice before he seduces his next beguiling Bond girl.

Much more than a mute and honorable manservant to the peculiar Goldfinger, Oddjob (Harold Sakata) has got a few tricks of his own. Proving some fashion is truly to die for, Oddjob’s bowler hat doubles as a deadly flying guillotine thanks to its sharpened metal brim and his unfailing precision. Tough enough to cut through stone and effective enough to quickly dispatch Bond girl Tilly Masterson, Oddjob’s proficiency in hand-to-hand combat and his death-dealing topper make him a Bond villain you won’t soon forget.

With his first appearance in The Spy Who Loved Me as henchman to the inarguably inferior Karl Stromberg, Jaws’ metal teeth and surprising resiliency to falls from trains and underwater shark battles made him a fearsome if campy villain that the franchise (and its fans) love. Though the giant with steel teeth transforms from unstoppable killing machine to punchline in Moonraker, that doesn’t stop Jaws’ braces gone wrong from being one of the most quintessential and spoofable villain quirks of all time.

Considered the most iconic Bond villains is Ernst Stavro Blofeld, an often unseen force of evil and head of the global crime organization, SPECTRE. Making his appearance in seven films including Christoph Waltz’s updated portrayal in the newest Bond outing, Blofield is a man of many faces and few scruples, but his unchanging marker is his snowy-white persian cat. The perpetually impassive nameless creature is less a pet than a threatening piece of arm candy, with a detached blue-eyed stare that could unseat even the coolest of international spies.