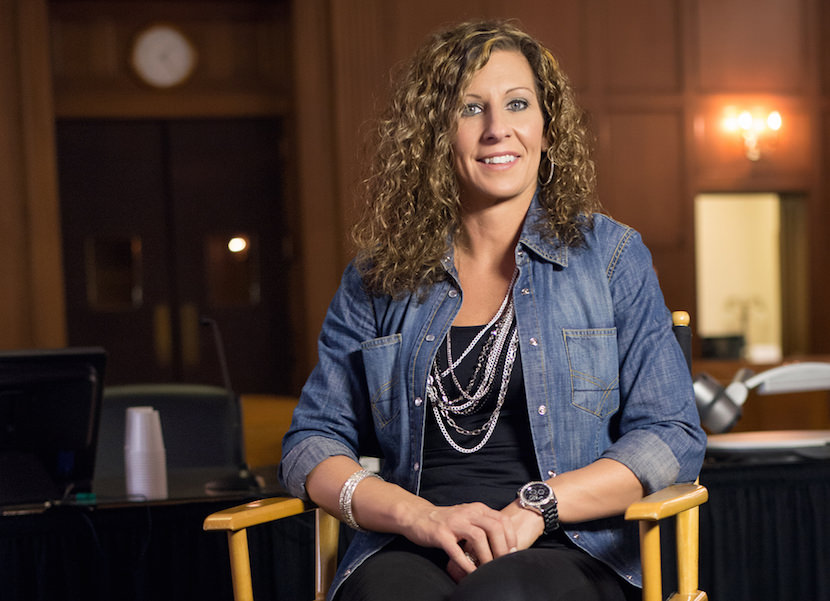 Talking to the Ashley Smith, The Real Woman Behind Captive

Kate Mara and David Oyelowo star in Captive, the gripping, intense film version of Ashley Smith’s memoir "Unlikely Angel." In the book Smith recounts her experience in 2005 when she had a terrifying but ultimately life-changing encounter with Brian Nichols, who had escaped custody in an Atlanta courthouse and fatally shot four people. Smith- at the time a young widow battling drug-addiction- was held hostage by Nichols in her apartment overnight. The Credits talks to Smith about how it feels to watch such a traumatic event recreated on film and how it’s made her daughter see her in a new light.

It's been a decade since you went through the ordeal of being held hostage, was it difficult for you to watch the film?

I don't know about difficult. It was definitely very emotional for me to watch the film. I have different emotions each time I watch it. Definitely brings up a lot of memories, sometimes good and sometimes not so good.

How many times have you seen it?

I think I've actually seen it 11 times. The first time I saw a very raw cut of it. I had my daughter [Paige] sitting next to me the first time I watched it. The first scene in is she and I playing dress up, so it definitely brought back some memories for us.

Did she have any memories of that time or was she too young?

Yeah, she definitely has memories of that time. She remembers… she lived with my aunt at the time. She lived all of it, so she had definite emotions. I think mostly her emotions were about knowing that I wasn't with her at that time and just missing me.

Her response after the movie was, "Mom, I've always known that you had to go through that, but I never realized what a strong person you are. You really are strong."

She came out it with a different perspective of you?

How did you feel about your portrayal? Were there things that didn't quite ring true to you? What do think was done particularly well?

There were definitely some things that were put in for dramatic effect. At first, I wasn't cool with that because I've always been one that wanted to tell my story in a true way. As I began to watch it the third, fourth, fifth time, and watch it objectively, I began to realize that those added scenes told true emotions that I was feeling at the time or true things that Brian Nichols was going through. It was okay that they were added. For the most part, the film is very true in the way that it's told, so I didn't have any problems with it.

Can you give me an example of something that was added?

There was no window in the bathroom, so I never tried to climb out of the bathroom. The scene where Brian Nichols and I go to take the truck, there was never anyone else involved. My car didn't break down and we didn't see another person. That was made up. I don't remember any more specifically, but I know there's a couple. 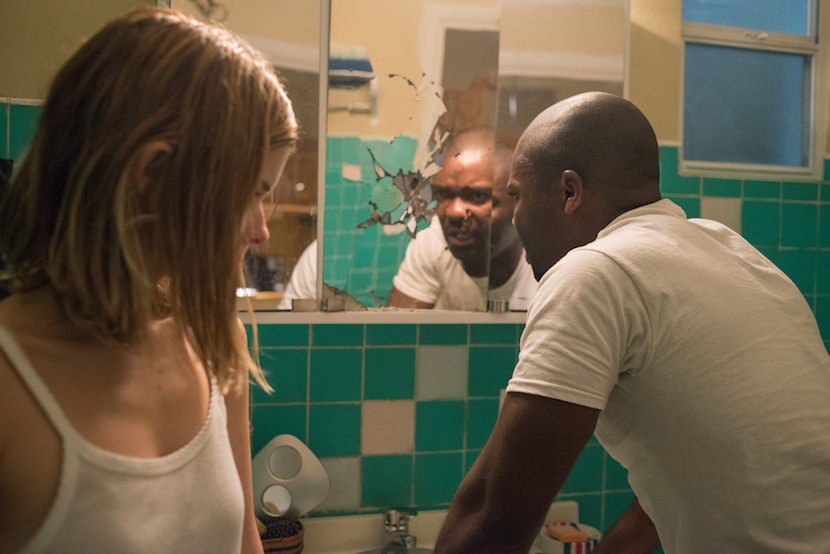 What do you think was done well?

The whole film was done absolutely perfectly. I don't think there was anything that could have been done any differently as far as I'm concerned. Kate [Mara] and Elle [Graham] definitely captured the role of me and my daughter very, very well. That is a very positive standout for me in the film.

Kate Mara spent some time with you and your family in preparation for playing the role. Can you describe the experience of that?

It was a great experience to meet Kate. She came to my aunt's home and spent several hours with us. She just picked my brain and then we got to know her a little bit.

That whole night was based on what to do in that moment. I made split decisions quickly. She wanted to also play me in that way and not to get to know me too much that she had too much thought into what she was doing.

At first you didn’t think that you had as much of a twang in your accent as Mara does in the film, is that right?

Actually, yeah, but once I saw myself on TV, after that I was like, ‘Oh wow, I guess I do sound like a southern country bumpkin.’

What do you think the value is in sharing your experience with the world both through your book and the film?

Not everyone is struggling with drug addiction, but I believe we all have struggle in our lives no matter what we want to admit. I hope that people take away from this film that it's never too late to turn our life around. There's really nothing we could do to make God not love us. For a long time, I thought God didn't love me anymore because of the bad decisions that I had made in my life but there could be nothing further from the truth. I think God just wanted to take those bad choices and take my negative path of life and turn it into something beautiful. It wasn't until I finally handed it over to him that he could take complete control. I think if he did it for me, he'll do it for anybody else.

I guess you're a pretty good example of not knowing when the moment that that is going to become clear to you can come along?