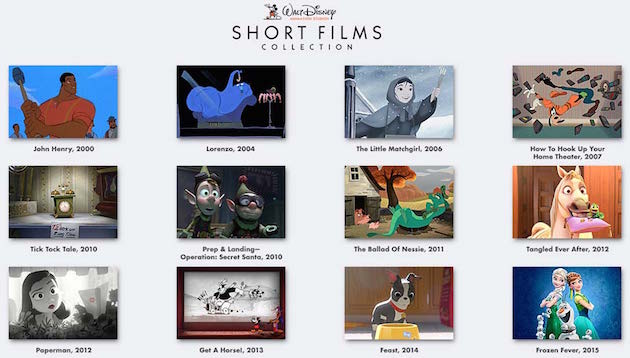 Aimee Scribner worked on two animated short films included on the new Blu-Ray/DVD release, Walt Disney Animation Studios Short Films Collection (August 18, 2015). Both were sequels to huge animated musical hits: Tangled Ever After and Frozen Fever. In an interview, she talked about going past the “happily ever after” ending to create new adventures for the characters.

“In both of these, you make a film, you fall in love with the characters and you form such a deep bond with the artists and the film makers. The movie opens, you send your children off into the world and then for both Tangled and Frozen it was a bit of a family reunion. So to revisit the characters and have fun with them was different for each of those shorts. For Frozen Fever, now the two girls have come together and we get to see them actually having fun with one another. The idea of Elsa creating the perfect day for Anna, that came to us fairly quickly, and then the idea of a new song seemed like a natural. The idea is just to surprise and delight the audience. With Tangled, I think that a lot of people wanted to see them get married and we wanted to have a lot of fun with Pascal and Maximus. And the royal wedding was happening at that time in England with William and Kate. We were inspired by all of the getting ready for this big event and just what could possibly go wrong was a really fun idea."

Scribner has been with Disney for twenty years and is a big fan of the classic Disney animated films.  She describes their current projects as “this kind of new Renaissance, so the studio has been so fun to be a part of.”  When asked what makes a great animated film, she quotes John Lasseter: “When you have appealing characters and great storytelling and create a real, believable world, that combination is just pure gold.”

People often ask what made Frozen such a success. “We were so blown away at the phenomenal response to this film. You never really know but I think that it's a wonderful family of characters that are very relatable to so many different people. I think the music is another huge aspect of the success of this film. So you have this wonderful story, this beautiful world, and amazing music.” She has visited the “Frozen Singalong” at the Disney parks in Florida, California, and France, and described it as “a delight” to see the response of the fans.

One thing she appreciates about the short films is the “great opportunity for us to push the boundaries of technology in a really contained way before we employ that technology on a feature. In Tangled Ever After, for example, the breaking of the barrels and all of the liquid flowing down the street, that allowed us to do some research and development that we could carry forward in features. ForFrozen Fever, we had a new render for visual effects and were able to use that technology to move our characters forward into the next stage. But going back to the multi-plane cameras and the first stereophonic sound [in the short films of the 1930’s], whether we're trying out new artistic styles or new technology, it's a great place to be innovative and to experiment. And a short before a feature really enhances the whole movie-going experience. I'd much rather see a wonderful piece of storytelling than a half hour of trailers. It’s a little extra present that goes with the movie. Disney Animation loves doing them and loves having them on our features.”