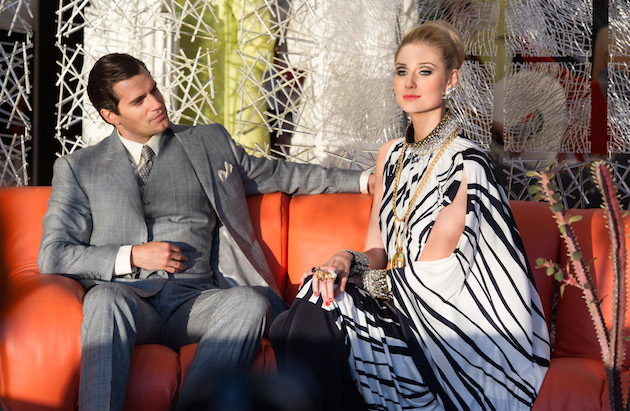 Composer Daniel Pemberton on The Man From U.N.C.L.E. & More

For you Peep Show fans out there (and we know you're out there), composer Daniel Pemberton is the man who created the British comedy's incredibly catchy theme song, "Pip Pop Plop." If you've never seen the show, you start watching it—it's consistently hilarious. If you have seen the show, then this little diddy will make you smile:

Pemberton has done a lot of great work for British TV, from the beloved Peep Show to Upstairs Downstairs, and recently his work has caught the attention of some very accomplished film directors. He worked with Ridley Scott on the Cormac McCarthy-scripted The Counselor (2013), and just scored Guy Ritchie's spy caper The Man From U.N.C.L.E. When we caught up with him, he was in the midst of putting the finishing touches on the score for Steve Jobs, directed by Danny Boyle and scripted by Aaron Sorkin.

We spoke to Pemberton about his growing list of film credits, what he brings to the table for his directors and more. 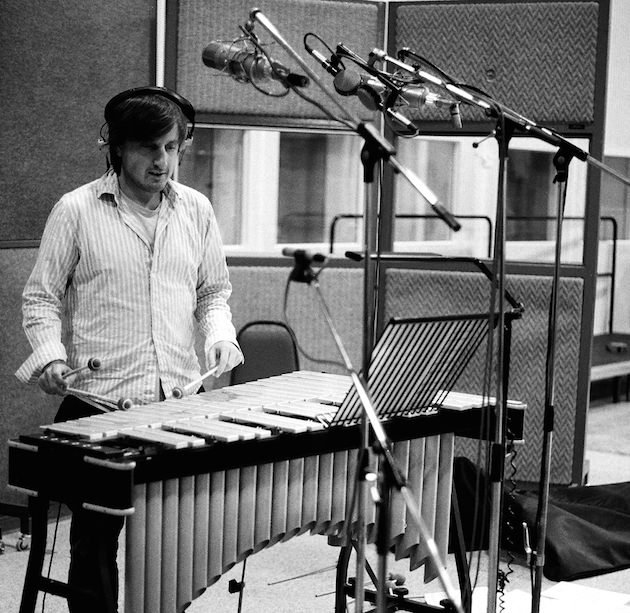 Thanks for taking the time, especially considering you're in a cab.

You're getting Steve Jobs ready for the New York Film Festival?

Steve Jobs is playing in Telluride first, in three weeks, and then NYFF.

So let's back up and start with The Man From U.N.C.L.E…how'd you get involved in the project?

I had a meeting at Warner Bros in LA, they had told me to send in my reel for The Man From U.N.C.L.E. My reel was filled with more quirky British TV music. I remember thinking, 'I don’t know if it’s any good as show reel,' but it turned out Guy [Ritchie] really liked it, and he felt it was the only reel he’d heard that he found was different. So I had meeting with Guy, it seemed to go okay, and then Warner Bros. was like, 'Okay, so are you ready to score the film?'

What were your first thoughts about jumping aboard a period piece like this?

Well first, Guy’s last Sherlock film had such a great score, so the bar had bene set really high already. And the film itself did well, and that scared me as well. And I guess in terms of, you know, if you judge movies by how much they cost, then The Man From U.N.C.L.E. is the biggest thing I’ve done, and it’s the most visible film I’ve done.

I've spent all my life doing TV music, from dark and serious to tongue in cheek, from exciting to something more softly approached, so I trained in a way in British TV for 20 years, that was my school of how to learn to compose music for picture. When I first met Ridley, he was trying to sound me out, and when I told him this he said, 'That’s your 10,000 hours…I did mine in advertising, you did yours in TV.” And I liked that. I try to approach every film differently, and I don’t like to have “my” sound. I like to see what the film needs and how to do it in an exciting way that sounds different. I always want to make it exciting for whoever’s watching it. I write music for the one percent—the one percent of people who care about film music. [laughs] People who want something cool and different.

What did you bring to The Man From U.N.C.L.E. that you felt was cool and different?

In some ways the score was a love letter to my favorite kind of scores from the 60s. That was a really exciting period of experimentation and innovation in music, and sometimes I think that’s been lost today. So I wanted to try and recapture some of that. The fact that the film was set in the 60s allowed you to put on that kind of sound. If you look at some of those old shows, they often had smaller lineups of musicians rather than the big orchestras, so they had to make all the notes work harder in a way. You couldn’t hide behind a wall of sound. This is what we tried to do.

Were there any instruments in particular you found you were relying on?

Like the bass flute, which has so much energy to prople you through a scene, and sometimes one instrument has more power than 80. The harpsichord, too. We had this 1960s harpsichord, which has this great, clunky sound. I didn’t want tasteful, I wanted punchy. The woman who tuned the harpsichord said, “Oh this sounds terrible,” because the way the old ones are built, they just don't have the depth of a more traditional harpsichord, but I loved it. We tried to use a lot of vintage equipment, and we plundered every piece of equipment we could from Abbey Road—old echo chambers, old mixing decks…they have these amazing mixing decks from the 60s that look like submarine control panels, and they actually sound phenomenal. You put drums through them and they compress the sound so heavily, and in such a weird way, that’s it's a defect that’s actually brilliant. So with the score, I was trying to use as much 60s equipment to give it an authentically sounding feel.

The film's been really well received—how do you feel about the score?

I’m really excited about how this film’s turned out with the music. For a composer, it’s so rare to get a chance to write music this bold an strong. I like music that kind of slaps you in the face. I think Guy’s really good at using music in that way. He lets it power scenes, he knows the power that music can bring to a film, and for a composer that’s very exciting, but also daunting. You have to write a really strong piece of music because if it’s not working, the scene might not work.

How hands on was Guy during the process?

I worked closely with Guy’s editor, James Herbert whose brilliant, and he’s also got really good idea on how to use music. I came on board very early when they were still editing, and I worked with James all through the edit. We went back forth a lot, and then Guy would come in and either says, “It’s brilliant,” or the opposite—Guy doesn’t mince his words. Guy always wants to try a different way just to see what it’s like, so I ended up scoring each scene in the movie three or four different ways, which in the end I really liked.

What can you tell us about Steve Jobs?

Danny [Boyle] is another director who music is a really big part of his films. I keep seeming to get movies where you have these directors who really value music, which is great, but it’s also way more pressure. It’s fantastic but it’s tiring. He’s a great director and it’s very exciting. All I will say about the score is that the motto of Apple is "Think Different," which is how we’re approaching the score. Hopefully its going to be a surprise and not be what people think. I always think when you go and see a film, you want to be surprised.

That came out of the blue, the first time I saw that show, It thought it was one of the best comedy shows I’d ever seen. This was like 12-eyears ago. When people ask me what I do, I say I’m a film and TV composer, and sometimes I just go, 'Have you ever seen Peep Show, and they make the Pip Pop Plop sound. I’m hoping that The Man From U.N.C.L.E. hits, because otherwise all I'll be remembered for is "Pip Pop Plop." [laughs]

Featured image: Henry Cavill as Solo and Elizabeth Debicki as Victoria in 'The Man From U.N.C.L.E.' Courtesy Warner Bros. Pictures.