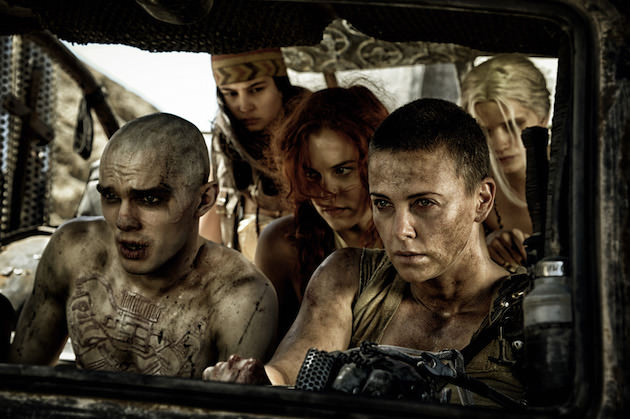 While watching the new Mad Max: Fury Road trailer, the phrase that resonates is, “Oh, what a day! What a lovely day!”

Director George Miller’s trailer is a breathtaking tease for the return of the Mad Max ‘franchise’ after a 30-year gap. We get a snippet of context for the high adrenaline car chases. We get a Charlize Theron with a fantastic buzz cut and four unidentified girls trying to escape, but from what and who – yikes! Also, how does Max, Tom Hardy, fit into the equation?

There are explosions, chases, and, crucially, a lot of leather, all  for a positively epic combination. The trailer does a bang up job of showing how visually stunning this film is going to be with a badass soundtrack to boot. The music made villainous characters even creepier and the massive stunt scenes harder hitting.

When Max says in the trailer, “It was hard to know who was more crazy, me or everyone else,” you can see what he's talking about.