The 65th Berlinale opening film is a female-led, stressful adventure movie, set around a snowy, ill-fated journey loosely based on the memoirs of Josephine Peary, wife to Robert Peary, who aggressively, inaccurately claimed to be the first man to reach the North Pole in 1909. Director Isabel Coixet’s Nadie Quiere La Noche/Nobody Wants the Night is a tribute to Josephine’s singleminded journey through godforsaken northern hinterlands to be as close as possible to her husband as he (thinks he) achieves his incredible goal. Josephine (Juliette Binoche) is racist, classist, pigheaded, and viciously bourgeois — imagine a neutral-faced Binoche, hair in an elegant reverse chignon, enjoying records on a gramophone in a snowstorm-battered hut, after multiple animal and human expedition-caused deaths. 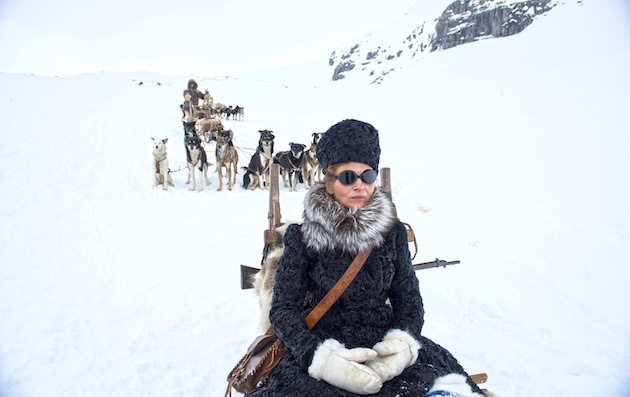 And that’s just to start. In the face of snowstorms, ice floes, devastating personal news, general disaster, and the broken English and unbending care of an Inuit girl, Alaka (Rinko Kikuchi), Josephine finally gains some empathy, but it’s a long journey to that point from the opening scene in which, wearing a fur coat better suited to Park Avenue, she slaughters a polar bear. She joyfully announces “I shot my first bear!” (The coincidence of that line with the film’s Berlinale debut was unintentional, Coixet insisted.) With waist-length hair, a chin tattoo, and a broad understanding of nature and humanity that's profoundly deeper than that of educated, wealthy Josephine, the Inuit girl Alaka sticks it out with this piece of work long after the rest of the expedition turns back, for singleminded reasons that tragically dovetail with her companion’s.

As a movie that passes the Bechdel Test a few times over — almost all the dialogue is between the two women, while Gabriel Byrne’s Bram, Josephine’s guide, speaks solely to Josephine, if he says anything at all — questions at the post-premiere press conference tended toward matters of women’s roles in film. Or, based on how nonplussed Coixet seemed about this line of questioning, we might say “women’s” “roles” “in” “film.” Flippant references to the male member seemed to come up in a lot of the answers. 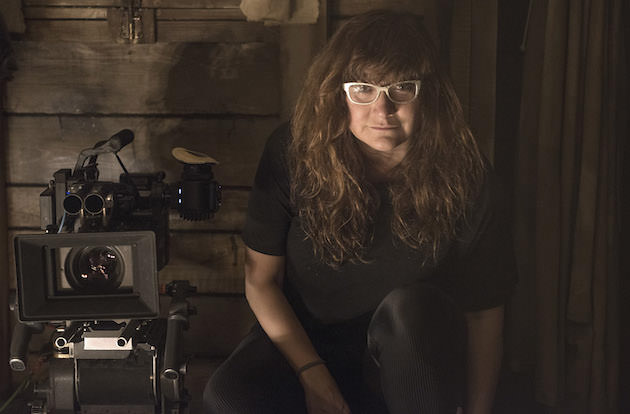 On women in adventure movies

Responding to a male journalist’s garbled question regarding how many films at the Berlinale were about women in extreme conditions (or if there would be more films about men in extreme conditions? it was hard to tell) Coixet asked, “we’re talking about gender? Do we have to? It’s so boring.” And then, trying to answer anyway, on women in movies in general — “well we have tits, we don’t have a dick, that’s how it is. You don’t leave your tits and your vagina in your room before going to set.” Asked why a minor male character who appears only at the film’s end functions as the narrator throughout Nobody Wants the Night, Coixet started talking about one existential aspect and then shifted to another: “the original voiceover was Josephine and I changed it for [the character] Henson. Life is mixed. The world is mixed. We talk so much about gender that we're forgetting other things. I want more action and less words. And more money for women. Not equal pay, more.” 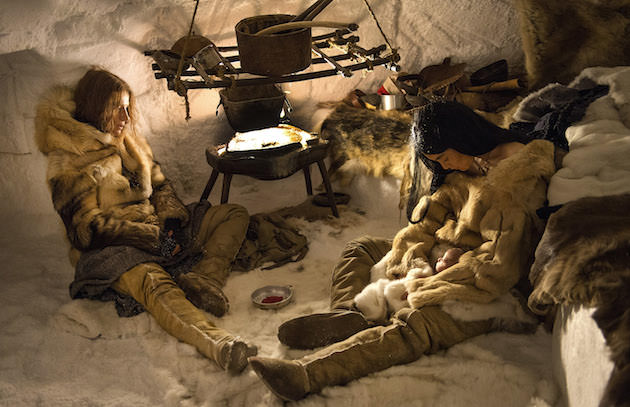 Later on, someone asked how Coixet, who has shown six previous films at the Berlinale, has managed to be so present in a field where women are so outnumbered by men. First she joked “maybe I have a penis,” then referred more seriously to her stubborn nature and willingness to make sacrifices, even those she might regret. Speaking more broadly to all filmmakers, she also pointed out that nobody’s movies are as relevant to culture as films were a few decades ago, regardless of the director’s gender. “Making movies in our day is a difficult road. As a woman and a director what I want isn't a road with no stones, all I'm asking is that the road I'm on has the same stones as a man’s.” She espoused, for a bit, on the growing number of women in power in fields beyond film before cutting herself off. “Maybe we'll have a woman president in the States. Maybe Hillary — oh shit Hillary, no.”

Maybe it was all the death, but journalists seemed almost as concerned with spirituality in Coixet’s tale of adventure and bad decisions as they were with feminism in the film industry. The same journalist who asked about women in Berlinale adventure movies also inquired if anyone had a spiritual experience during the making of the film. Coixet noted that she preferred this question, saying that at one point during shooting “my tears were frozen on my face, and I thought, I like it!” and adding “I'm from Spain, we're not spiritual there.” 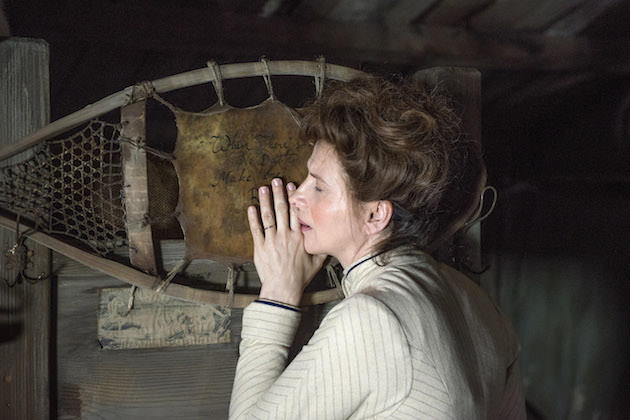 Though much of it takes place within or near the Arctic Circle, the film was shot all over Europe, often in surprisingly warm conditions. (Byrne told a story about going to find out what a meat refrigerator was doing on set and running into Binoche inside, fully costumed for Arctic conditions, cooling off.) The journalists on hand, naturally, wanted to know what happened on set in their own countries. Unfortunately for the Norwegian who happened to ask, Coixet and her production team “tried to have a Norwegian co-producer,” “but nobody really got the script, they have other things to invest in, I guess.” Coixet continued, “I have to say, the conditions we had there and the money we had to pay…was completely insane. I think they treated us really bad! I mean the breakfast, Gabriel and Juliette were sitting like school kids in the hotel, and told me ‘they don't have coffee for us. They said we can't have breakfast.’ My memories of Norway aren't really good. Well, some of the guys who drove the snowmobiles were really nice.” Riffing on the coffee in question, or lack thereof, a Bulgarian journalist later thanked Coixet, pointing out that “it’s very rare that a Bulgarian coproduction opens a film festival,” and asked how the coffee was in her home country. Coixet, suddenly ebullient, effused that “the food was amazing, and the coffee was pretty good. The crew was amazing, we felt at home there [in Bulgaria]. It was such a difference from Norway. I have to say the technicians and all the people, especially in the prop department, were really good. I'll go again. Especially for the coffee."