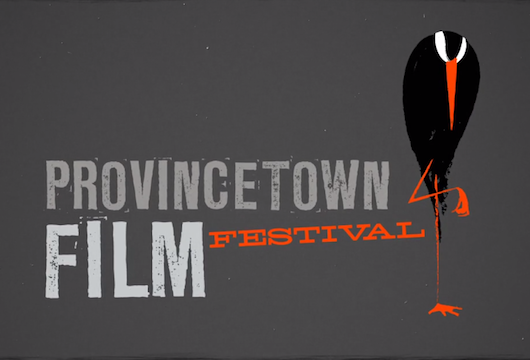 Filmmaking on the Edge at the 2014 Provincetown Film Festival

The Credits is back at the Provincetown Film Festival, and we'd be lying if we said we weren't just a little bit thrilled. Last year, our first in Provincetown, was the type of introduction that will marry you to a place, and a festival, for life. We had the great fortune to spend some time with legendary filmmaker, writer, visual artist, wit and unofficial (but sort of official) Provincetown mayor John Waters. Interviews don't come much more enjoyable. But Waters wasn't our only incredible sit down—we got a chance to speak to super-producer Christine Vachon and learn a bit about how she's managed to become one of the most prolific producers of her generation, and writer/director Mary Harron, who spoke to us about filming classics like American Psycho, I Shot Andy Warhol and The Notorious Bettie Page.

How cool is the Provincetown Film Festival? The little promotional short they play before every screening is this:

Every year the festival honors a selection of filmmakers who have carved out remarkable, unique careers. The festival's motto is "Filmmaking on the Edge." This is explains why the festival's patron saint is John Waters, and why, year after year, the filmmakers who are celebrated, from Gus Van Sant and Todd Haynes to Mary Harron and Darren Aronofsky, are those that continually push the boundaries of the medium, redefining what a film is or can be.

This year, the festival's "Filmmaker on the Edge" is director David Cronenberg. Cronenberg has been making mind-melting films since Shivers (1975), and has one of the most indelible track records of any filmmaker today. Three of his films are screening here at the festival; Videodrome (1983), his horror fantasy about the malleable boundaries between our video-obsessed voyeurism and the films we watch, in which a sleazy cable executive played by James Wood finds a snuff-film called "Videodrome" that takes over his mind; The Fly (1986), arguably one of the most memorable, disturbing and powerful films of the decade, in which a obsessed scientist, played by Jeff Goldblum, accidentally merges his genes with a fly and slowly, hideously molts, shedding his human form in grotesque fashion; and Naked Lunch (1991), based on William S. Burrough's radical, wild novel in which Bill Lee (Peter Weller) becomes addicted to "bug powder" and leaves behind reality for a uncanny, unsettling, paranoid realm called the Interzone. His lateset film is Maps to the Stars, a probing look at celebrity obsession, starring Julianne Moore, John Cusack and Robert Pattison.  Cronenberg deserves the honor, of course, and will be in conversation with John Waters in what will be one of the highlights of the festival.

Along with Cronenberg, the festival is honoring two actresses who have had remarkable careers—Patricia Clarkson and Debra Winger. Clarkson is being honored with the Excellence in Acting award, joining past honorees like Tilda Swinton, Vera Farmiga and Alan Cumming. There are four Clarkson films screening, including festival entrant Last Weekend, in which Clarkson plays Celia Green, the matriarch of a dysfunctional family who has gathered her brood in Lake Tahoe to tell them she's selling their family home. Clarkson also serves as the voice of Susan Sontag in the film Regarding Susan Sontag, exploring the life and times of one the most influential writers and thinkers of her generation.

Debra Winger, the legendary actress who became a star with three films in three years (Urban Cowboy, An Officer and a Gentleman and Terms of Endearment) is receiving the Faith Hubley Career Achievement Award. Honoring the memory of Academy Award-winning filmmaker, artist and animator Faith Hubley, the award celebrates an artist whose films have shown aesthetic harmony and bold, daring choices—all of which describes Winger's stellar career. Three of her films are screening here; Urban Cowboy (1980), Mike's Murder (1984), and Big Bad Love (2011).

We'll be interviewing filmmakers, screening films, and reporting from the festival. There's a wide selection of great features, documentaries and shorts to be had, and, as always, not enough time. If only one could spend the summer here, going through the entire program. We'll make do with the time we've got, so check back in with us for festival coverage.