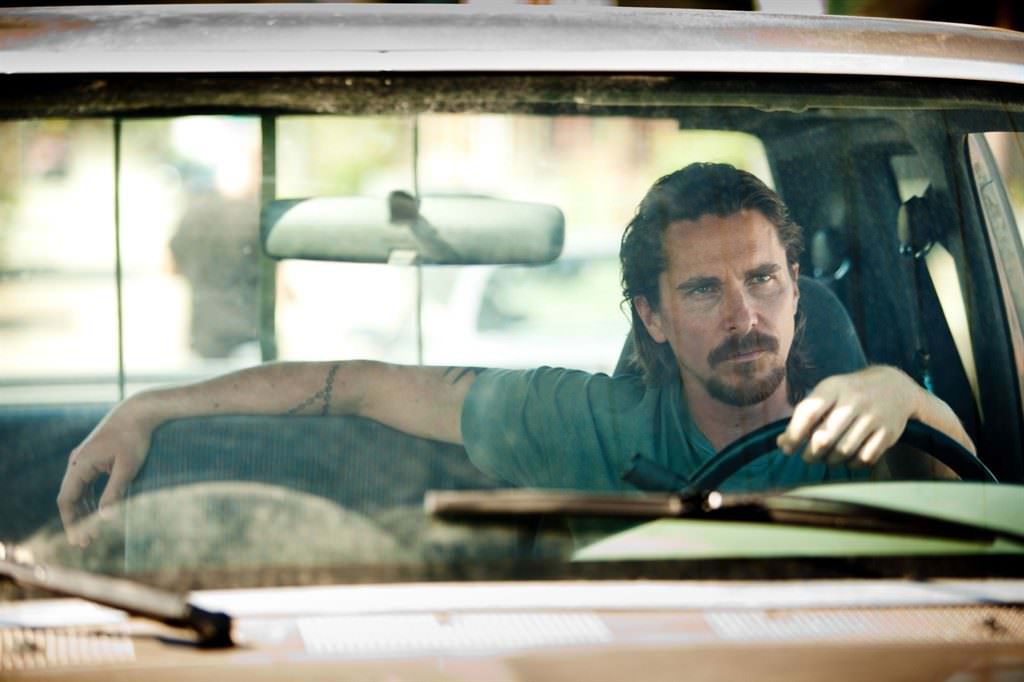 Director Scott Cooper’s new movie, Out of the Furnace, boasts a cast that includes Christian Bale, Casey Affleck, Woody Harrelson, Zoé Saldana, Sam Shepard and Forest Whitaker. It’s a thrilling drama about the lengths we’ll go for family, and, what pernicious elements fills the void in a town when the jobs disappear. Filmed and set in the ragged, depressed Rust Belt town of Braddock, Pennsylvania, Bale’s Russell Baze works at a mill that is likely going under, soon. His brother Rodney (Affleck), a four-tour Iraq veteran, racks up gambling debts before landing for a stint in prison. By the time he gets out, things in Braddock have gotten worse—Russell has begun bareknuckle boxing in order to pay back Rodney’s debts, while Rodney, feeling as if he has few other options, gets swept up in a crime ring run by the ruthless local drug kingpin, and unhinged lunatic, Harlan DeGroat (Woody Harrelson). When Rodney goes missing, Russell is the only one willing to go up against DeGroat to find his brother.

With a cast that good, and a director who’s first effort was the thrice Oscar nominated Crazy Heart in 2008, there’s a lot of star power here—but one could argue one of the most crucial elements was the location itself.

“There weren’t any CGI effects in the landscapes,” says Braddock Mayor John Fetterman, who came back to Braddock after earning his MBA at Harvard to try and help his struggling town. Braddock is a borough located in the eastern suburbs of Pittsburgh, but unlike the latter, Braddock's not on any "most livable cities lists." Pittsburgh itself has seen a boom in film production with Pennsylvania’s healthy tax incentive program for film production, and surrounding areas like Braddock offer filmmakers a chance to showcase a side of declining America many people only casually read about in the paper. 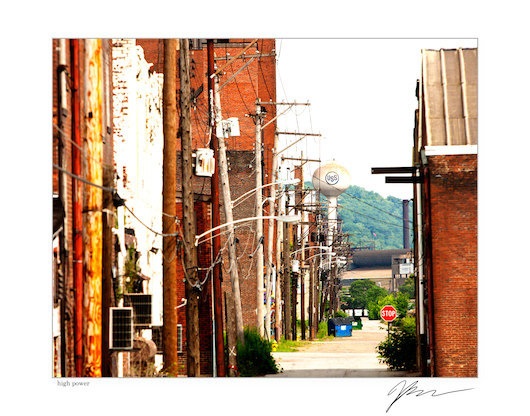 Braddock has been ravaged by a cycle of de-industrialization and the requisite job loss. Director Cooper and his co-screenwriter Brad Ingelsby’s story is fueled by the very real realities of what happens to the people in a town that the rest of America has to seem to forgotten about them.

“Scott Cooper saw Braddock while he was on a publicity tour for Crazy Heart,” says Dawn Keezer, director of the Pittsburgh Film Office. “He saw Pittsburgh and he saw Braddock, and he wanted this film to be shot here. Pennsylvania’s tax credit incentives made it possible, and our great local film crew made the film amazing.” 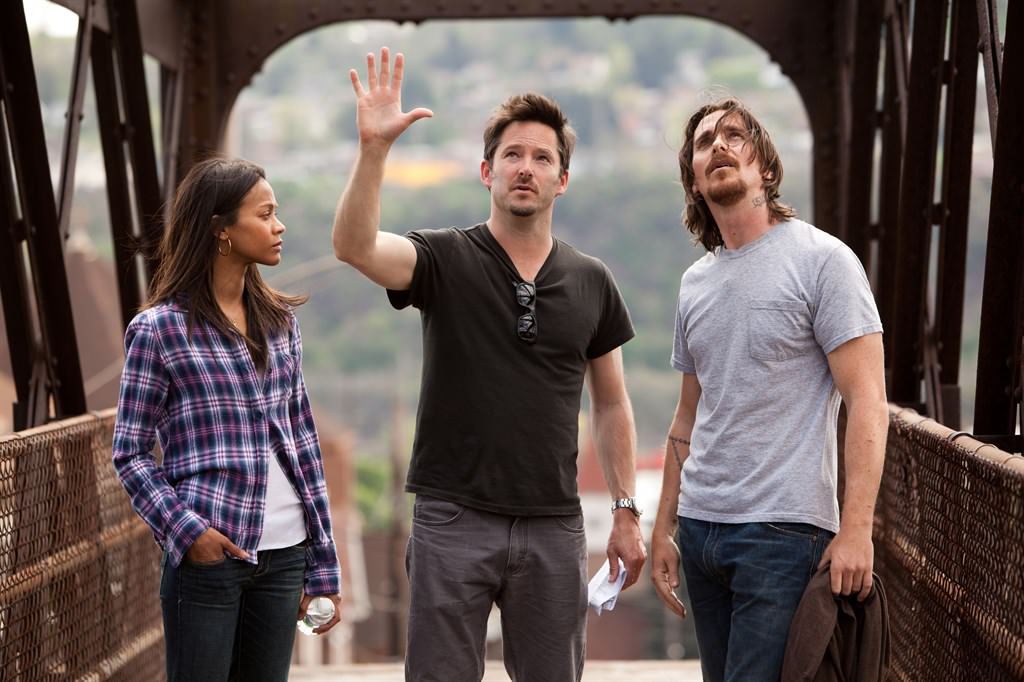 Keezer said that thanks to the twenty-five percent tax cut film productions get for spending a minimum of sixty percent of their budget in Pennsylvania, the Pittsburgh region has seen more than $100 million in new money pour in every year for four years in a row. “People want to come here,” she says, “and the tax incentives make it financially possible to do that.” Keezer says that there are four feature film crews in the Pittsburgh area alone.

Mayor Fetterman reiterated Keezer's point. “The tax incentives are very helpful, and we’ve got this great on-the-ground crew and movie support staff here that are really plug and go.” He also spoke of another visitor to Braddock long before filming began—Batman himself.

"Christian Bale was in town filming The Dark Knight Rises, and he came out to take in Braddock incognito…just the fact that people have found our hometown that compelling, that they would insist on only making this movie if they could shoot it here, means so much.” 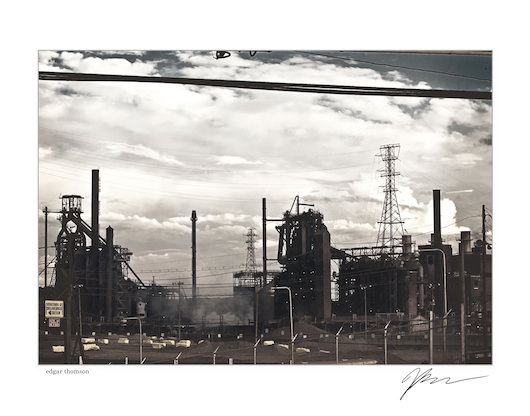 Louis Corsaro, the assistant managing editor of the Pittsburgh Business Times, wrote a great in-depth piece last year on the way the entire community of Braddock came together to see Cooper’s vision through. “I can tell you that, when I visited the set in April 2012, everyone involved in the production of the film to whom I spoke marveled at the level of cooperation they received from the community. So much of Out of the Furnace was filmed there and I get the sense that the people embraced the opportunity to be a part of it, and were thrilled to have a piece of Hollywood in their town for a while.”

People like Braddock Police Chief Frank DeBartolo, who helped location scouts source areas of Braddock that would be a good fit for the script. Eventually the cast and crew stayed in Braddock for roughly three months.

“Another tangible effect of filming in Braddock is that a lot of the locals got extras work, and also a lot of people are going to be exposed to our community for the first time,” Mayor Fetterman says. “Some people might be shocked by some of the images, and there’s nothing gratuitous about it. We’ve gone through this incredibly destructive de-industrialization and the fact that Scott Cooper is shining a light on what has happened to communities in our Rust Belt area is important, because I don’t think people realize that things can be as severe as they actually are.” 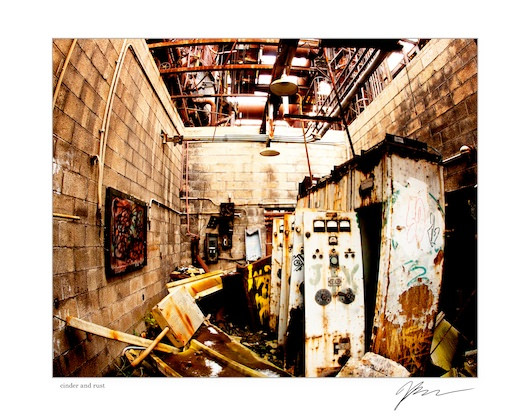 Mayor Fetterman and Dawn Keezer were both two key figures in helping making this all work. You couldn’t ask for a better Braddock advocate then the mayor. Keezer alerted me to the fact that in the below photo, there’s a visible numbered tattoo on Christian Bale’s neck—this is Braddock’s zip code, and it’s inspired by the mayor, who has the same tattoo on his arm. “They took it off John’s arm and put it on Christian’s neck in the movie,” Keezer says, “they got the idea from John.” 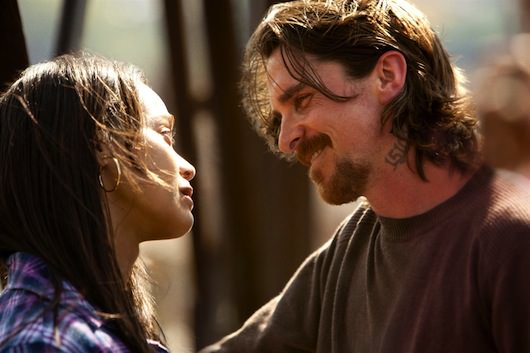 In Keezer, Pittsburgh specifically and southwestern Pennsylvania in general has one of the most motivated, capable Film Office Directors in the country. “Since 1990 we’ve had 120 films and TV shows in the Pittsburgh region,” she says, “we’ve had two best picture winners, The Deer Hunter and The Silence of the Lambs,” she says.

“My office exists because we bring in money, we bring in jobs—those numbers I cited are real numbers, we don’t use any multipliers, and it’s a direct result of the film industry and film production.”

Mayor Fetterman feels a very personal connection to the film productions coming to town. “Just behind the loft where I live we have Chloë Sevigny’s new TV series Those Who Kill. Word has really gotten out about filming here in Braddock and it’s really added a nice little boost to the economy. One of our residents got a nice payday because they used her home for one of the shots. I see it as nothing but as a win-win. For Out of the Furnace to not only have been filmed in Braddock but that it takes place in Braddock, I just think it’s difficult to put a price tag on that.”

Featured image: Christian Bale in a scene from Out of the Furnace. Courtesy of Relativity Media.

TAGSChristian Bale Interview Jobs Out of the Furnace Tax incentives