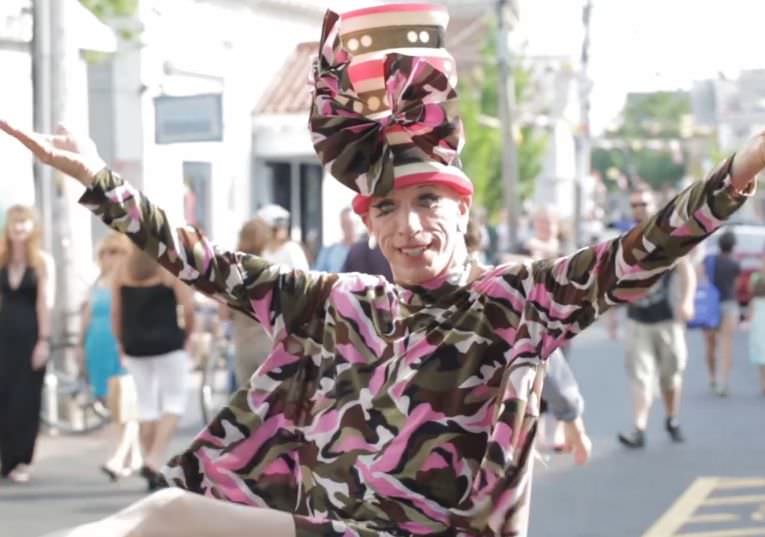 From June 19th to the 24th, The Credits had the distinct pleasure of attending the 15th Anniversary of the Provincetown International Film Festival. Unlike Sundance, or Cannes, or Toronto, PIFF is the kind of gathering where first-time filmmakers fight with industry legends for space at the ice cream counter instead of over grand jury prizes, and the lineup of films not only makes room for women's issues, LGBTQ rights, Native American films, and environmental advocacy—these subjects are the core of its programming.

Taking up the mantle of celebrated Provincetown residents like Eugene O'Neill, Tennessee Williams and Norman Mailer, from its inception, PIFF has engaged some of the most provocative minds from the past half-century and shone a light on auteurs including John Waters, Quentin Tarantino, Mary Harron, Todd Haynes, and Darren Aronovsky.

And in light of last Wednesday’s Supreme Court ruling, overturning both the Defense of Marriage Act and Proposition 8, and the amazing filibustering of Texas Senate Bill 5, being at a festival like Provincetown is a potent reminder of the invaluable role that film festivals and filmmaking overall have in starting so many important dialogues long before they make it to the forefront of national debates.

PIFF has honored pioneering filmmakers like Rob Epstein, whose documentary, The Times of Harvey Milk, won him a 1984 Best Documentary Oscar, the first ever won by an openly gay man; producers like Christine Vachon, who tirelessly fights to make tide-turning movies like Boys Don’t Cry and Hedwig and the Angry Inch every day; and cinematographer Ed Lachman, who was honored this year for his work on contemporary classics The Virgin Suicides, Erin Brockovich, and Far From Heaven.

Moreso, PIFF is a testament to the power small-town festivals have in bringing an array of cogent, unique voices to communities whose multiplexes might not show independent films. And in an era where distribution models and theatrical releasing realities call into question festivals’ validity, the success and spirit of PIFF makes it a standard bearer that all up-and-coming film festivals should emulate.

Over the next several weeks, The Credits will feature in-depth interviews taped in Provincetown with some of the finest minds in filmmaking today.

It was an honor (and a hoot) to spend five days with these incredible filmmakers, PIFF staff and festivalgoers. We can’t wait until next year.